Plebs (plebeians) (Latin: plere — to fill) - inhabitants of Ancient Rome who initially did not have political rights, unlike the patricians.

The population of Rome grew due to the conquests of neighboring tribes and cities. At the same time, the alien population was considered to belong to various Roman tribes, which were established on a generic basis and reflected the union of three ethnic components: Latins, Sabines and Etruscans. The full members of the Roman community gradually became a privileged part of society. They were called patricians, and originally only they made up the "Roman people". 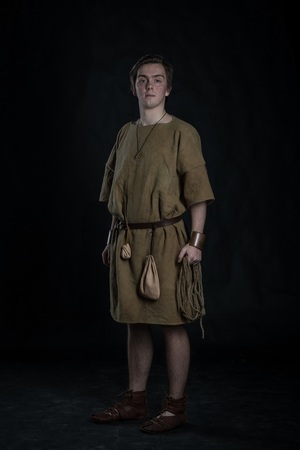 Subsequently, the new population was no longer included in the tribes, that is, it could not be part of the ancient clans and be considered a "Roman people". They were not allowed to use communal land or take part in religious rites. The landless Plebeians were mainly engaged in handicrafts and small-scale trade. Some of them were very rich people. But both rich and poor Plebeians were equally disenfranchised before the patricians. Therefore, initially having no rights, the Plebeians eventually gained the right to elect so-called Plebeian tribunes, who could veto decisions of patrician magistrates. Initially, their decisions were law only among the Plebeians, but as a result of a long struggle, the rights of patricians and Plebeians were equalized.

In the middle of the 5th century BC, under pressure from the Plebeians, laws were drawn up, written on 12 copper tablets and put on display in the central square of Rome. It should be noted that they prescribed a law prohibiting marriages between Plebeians and patricians, but it lasted less than a year, and around 445 BC, thanks to the efforts of the tribune of the people Gaius Canuleius, it was abolished.

At the beginning of the 3rd century BC, the Patrician and wealthy Plebeian elite merged into one estate — the nobility, and in 287 BC, a law was passed that the decisions of Plebeian assemblies (plebiscites) are binding on all citizens, regardless of origin. Since that time, the Patricians and Plebeians have ceased to be distinct classes-estates. The well-to-do citizens formed the equestrian class, while all the poor formed the plebs, which included free artisans, peasants, and small merchants.