This section is devoted to useful literature materials related to the"Celts" direction . 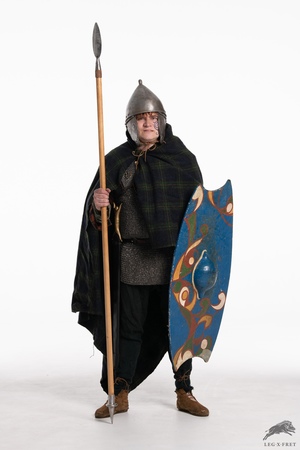 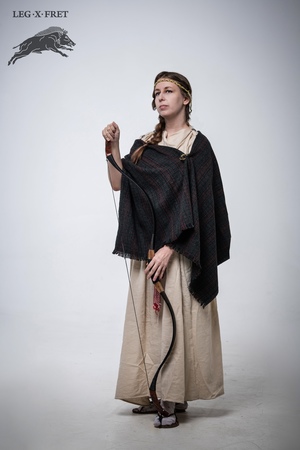 The Gauls were barbarians to the Greeks and Romans; to the European Romantics they were inspired poets and courageous warriors; to the French historians of the nineteenth century they were national heroes; to us the Gauls remain a mysterious vanished people. The book of the French historian J. L. Bruno invites you to a fascinating journey through time, thanks to which the amazing and poetic world of the ancient people opens up.

Researchers believe that numerous divine characters attested by inscriptions, archaeological sites, and literary traditions can be brought together, since they are all different manifestations of the one supreme deity.

The article examines the history and origins of the formation of popular ideas about Celtic priesthood and shows their divergence from the real picture that develops when studying written monuments and archaeological evidence usually associated with druids.

This book is devoted to the history of pagan religions of indigenous European peoples from antiquity to the present day. This study presents not only pagan beliefs and rituals, pantheons of deities, and reconstructions of religious doctrines, but also provides a comparative analysis that makes it possible to identify common features and characteristics of pagan religions

This book, which tells about the various customs and traditions of the Celts, will significantly expand the understanding of the people, whose life and history are still largely shrouded in mystery.

The book "Celtic folk cuisine" will help you to plunge into the ancient culture, understand the customs and customs of the Celts, who lived in harmony with Mother Earth and natural cycles. This book combines culinary traditions, recipes for both pagan and Christian festive dishes, so that each reader can arrange a feast for one of the Sabbats, rituals, or simply prepare a meal in Celtic traditions

Starting to study the Celts, it is impossible not to say how difficult and difficult it is. The Celtic world is too long in time and space. The purpose of this book is to present this material in its entirety as clearly as possible.

The book contains unique material about the history of the ancient Celts – the first of the great peoples who settled the lands north of the Alps, whose name we know. An abundance of archaeological material, evidence from ancient historians, Celtic literary heritage and the results of modern philological research shed light on the life of the amazing and mysterious predecessors of the historical nations of Western and Central Europe

The book " Celts. Lords of Battles" by the famous British author Stephen Allen tells us about the mysterious world of the ancient Celts, who did not disappear without a trace, but remained in the memory of contemporaries and descendants as fierce and fearless fighters, skilled artisans and admirers of beauty. They fought and won, but in the end they fell to a stronger neighbor-the Great Rome. The Celtic world passed away, but did not perish, they became the ancestors of many modern peoples of Western Europe.

Who were the Celts really - this legendary people who gave the world the mysterious teachings of the Druids? Where can we look for the origins of a half-forgotten civilization that was destroyed by Rome two millennia ago, but still lives not only in the writings of scientists and prayers of neo-pagan druids,but also in the boundless sea of popular fantasy literature? This book, written by a professor of archaeology at the University of Sheffield and published in Russian for the first time, is sure to be a real discovery for anyone who is sick of the Celtic theme and would like to learn more about the subject of their passion

No culture in prehistoric Europe has aroused so much interest or seemed so magical in the last quarter of a century as the Celtic one. G. Birkhahn's book about the Celts, which you are holding in your hands, is an attempt to tell about the history of the Celts for more than a thousand years — from the fifth century BC to the fifth century AD. A significant place is given to the archaeological discoveries of recent years in Germany, Austria, Switzerland

The book describes the rise and rise of a new culture, which later developed into a powerful Celtic civilization that spread its influence over much of Europe and the British Isles. Ann Ross vividly recreates the world of Celtic blacksmiths, storytellers and warriors. It introduces you to the appearance of Celts, their habits, the way they dress and decorate themselves, and the principles of raising children. The author tells a fascinating story about the finds of archaeologists, the sacred temples of mysterious druids, the hierarchy of ancient society, its magical rites and rituals

The real life of the Celtic peoples is no less interesting than the myths with which it has grown. After all, the Celts are not one people, but a considerable number of tribes united by a common name, and their descendants now live in different European countries, speak different, although somewhat similar languages, and hardly feel their kinship with their ancestral homeland, located on the territory of modern Austria, the Czech Republic and Slovakia. The book is based on rigorous scientific facts, but it also reads like an adventure novel

A Brief Comparative Grammar of the Celtic Languages-G LEWIS. pdf

The authors of the book use the comparative historical method to analyze the Celtic languages, which makes it possible not only to show the general features that characterize this group of languages as a whole, but also to note the specific features of the historical development of each individual language. The book contains a wealth of material on the Celtic languages, a comparative historical study of which allows us to determine their place in the formation and development of the Indo-European family of languages

The book is devoted to the study of the origin of Celtic culture. Based on the analysis of ancient texts, the author proves that the so-called Nordic hypothesis of the origin of the Celts finds a number of serious confirmations, both in ancient sources and in materials extracted by archeology. The book also provides a comparative analysis of Scandinavian and Celtic mythologies, which makes it possible to reconstruct a number of mythological representations of the ancient Celts

Based on the oral tradition preserved by Celtic poets and recorded by Christian monks, as well as the testimonies of Greco-Roman authors, it presents Celtic ideas about the structure and origin of the world, as well as the teachings of mysterious and powerful Celtic druid priests. The reader will also get acquainted with the mythological history of the settlement of Ireland, with the gods and heroes of Celtic mythology

About a rich Celtic burial site in the middle of the 6th century BC in Hohlorf-F and METZ. pdf

One of the most interesting burials of the "princely" rank among the Hallstatt antiquities is the burial mound in Hochdorf near Stuttgart (Badenwürttemberg, Germany), which was studied in 1978-1979 and dated to about 550 BC (Biel, 1998). Without being robbed in ancient times and excavated using all the techniques and technologies available at that time, it gave archaeologists a wealth of information, including those obtained during the study of artifacts made from organic materials (wood, cloth, fur, traces of an alcoholic drink made from honey

John McCulloch explores the history, culture, social structure and military art of the ancient Celts in the aspect of recreating the inner way of life of this most mysterious people in Europe. On the basis of a huge historical material, a review of historical sources, versions and hypotheses of modern scientists, the author vividly and figuratively draws the unity of features that create the peculiarity of Celtic beliefs

The dictionary contains both etymological material and information about the mythological characters of the Celts. The sources for the materials are Old Irish and Old Welsh texts, Gallic epigraphy, and ancient authors (Lucian, Caesar, Ptolemy, etc.). This is the first experience of such a dictionary, focused not only on the linguistic aspect, but also on the cultural value of the material. The dictionary has no analogues either in Russia or abroad

The article describes the findings of various types of spearheads found in the South-East of the former Roman province of Pannonia and the northern Balkans. The article provides a typology of various arrowheads according to the place of discovery and shape, their dating, as well as describes the social and religious significance and use of copies.

The Celtic presence in Thrace during the 6 cent bc.pdf

This work describes the Celtic settlement of Thrace in the 3rd century BC. The article presents a periodization with maps of the region's settlement, and describes in detail the finds characteristic of each period.

This work tells about the social structure of the La Tene elite warrior society in the Rana-Roman period based on burials with a description of the finds. The article also points out the strong Roman influence on the representatives of these elites.

An extensive volume describing various Celtic tribes from the foothills of the Alps to the Black Sea. The publication contains maps, various finds with descriptions and dates. References to literature on Celtic culture are also provided. 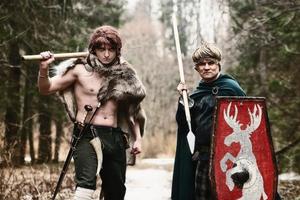 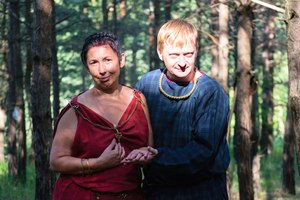 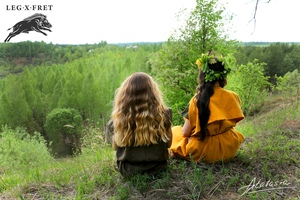