The Crisis of the last Antonines

As with many crises in the Roman Empire, the Praetorian Guard is at the center of the conflict — a common name that Rome has retained for the steel walls that surround tyrants. Ten cohorts (seven thousand people) were enough for the security of the ruler and his regime. Their task is to protect the security of the state, for which they are well paid. If the head of state believes that there is a security threat at the borders, he sends the guard there as well. We have seen several Praetorian prefects die heroically on the Danube. But if the power is locked up in the Palatine, turned into a lupanarium, these seven thousand people are already performing only police functions. Then this excessive power can only foster a fear that justifies its existence. Repression progresses and always finds its end in itself.

Of course, a much larger army could easily have called to order the privileged corps of Italians and Dalmatians it envied. Its generals (Perenn had to leave them in their places) were competent men whom Marcus Aurelius found among the senators or introduced to the Senate. Only they could hold Britain and Spain, where the unrest had resumed, the border from the mouth of the Rhine to the mouth of the Danube, and the East. It was the nursery of potential emperors: Helvius Pertinax, Didius Julian, Clodius Albinus, Pescennius Niger, Septimius Severus. When the time comes, they will move on to action. But at that moment, Commodus was the legitimate authority, and they were all interested in staying away from Rome and keeping an eye on events while being among the warriors who were gradually being turned into loyal clients. Perenn calculated how the risks and benefits of keeping them in their posts would compare. He planned to replace these patricians with men of his own class — legates of horsemen. At the first attempt, he died as if by accident. But not a single legion has entered Rome: such a sacrilege would mean that the state is already disintegrating. Besides, what warlord would agree to let another pass? All the precedents of this kind were suicidal. 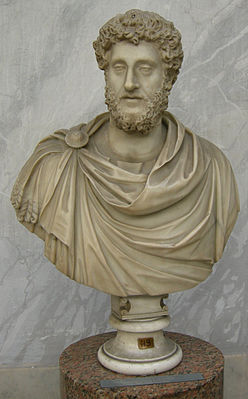 And did the people, who soon saw the emperor transformed into a gladiator, cease to regard him with the rapturous adoration with which they received him when he returned in triumph in October 180? Commodus appeared in his chariot so beautiful, so radiant, that almost no one noticed that he was holding Sauter in his arms and kissing him on the lips. The" short-lived love of the Roman people " Tacitus spoke of could last as long as the emperor called them to the pageantry, where he killed a hundred lions with a hundred arrows with his own hand. But once, for fun, he shot at the audience, and the stream immediately turned back. Still, nothing changed until his concubine Marcia, who was also in danger, ordered him killed. That's when the dead man remembered everything.

Finally, the political forces represented by the aristocratic Senate, which retained the highest positions in the administration, wealth, clientele, and legitimacy that could not be ignored. In the past, this class was often exterminated for its fierce, if not courageous, resistance to the emperor. Now he was going to die again, but ingloriously. Moreover, it was precisely because of the senators 'mistake that Commodus' pathology worsened in the second year of his reign. In 182, at the instigation of Lucilla, who, as we recall, was angry, giving the first place in the protocol to the new daughter-in-law Crispina, a plot was formed. Although Lucilla was married for the second time to the" new man " Pompeianus, her father had the weakness to retain the privileges of Augusta, and after Faustina's death, she became the first lady of the Empire. It was not difficult for her to find accomplices among the senatorial youth who despised Commodus. Together with her lover and cousin Ummidiy Square, she decided to kill her brother. The executor was Claudius Quintianus, another of her lovers, a nephew of Pompeian (who did not live with his wife and was certainly not privy to the plot). They got down to business in mid-182.

At the appointed moment, Quintianus, among the courtiers waiting for the emperor, stood at the entrance to the circus and rushed at him with a dagger, pathetically exclaiming: "This is for you from the Senate!" But the bodyguards immediately seized him. He only managed to scratch Commodus, who received a nervous shock, the consequences of which he never got rid of. Quadratus, Quintianus, and several others were executed, Lucilla was exiled to Capri, and then killed. Perenn had only to get rid of his rivals, first of all from Tarruteniya Paterna. Commodus placed the Senate under his own supreme control, and eventually placed it under the control of his gladiator friends. From then on, he could only be removed by his own environment, but like a hunted animal that retained only the instinct of self-preservation, he managed to set one favorite against another for a long time.

By what hidden mechanisms did these harem passions and personal vices, about which the Roman inhabitants knew little, the provincials nothing, and the legionaries did not even want to hear, finally shake the Antonine Empire? Should we assume, as some modern historians do, that they have nothing to do with the economic crisis that began already under Marcus Aurelius, nor with social unrest (Gaul was terrorized by" big brotherhoods " of robbers), nor with military anarchy, which even before the end of the century became chronic? This would mean that moral factors are not primary in social history. The stupidity of Commodus, the fury of his sister, and the abominations of Oriental adventurers shook the order of Rome and affected the entire system of government of the Empire. Starting with the disgust or fear of honest officials before the meanness of the authorities, irresponsibility gradually paralyzed the system of the huge apparatus. The Empire was lucky that Marcia, a Christian freedwoman and concubine of Commodus, put an end to this madness when the staff of Marcus Aurelius: Pertinax, Pompeianus, Septimius Severus could at least try to restore this machine.

The story doesn't stop, but the story that we caught at the moment when the hopes of the Annia Vera clan flourished ends there. There are no more Antonines left. Pertinax and four other emperors will be raised and deposed by the Praetorians, destroying each other until only one of them remains in the arena: Septimius Severus: The Afro-Syrian dynasty will replace the Spanish-Gallorim dynasty, which reigned for ninety-four years.