Dismissal from the Navy

They served in the Roman Navy for 26 years. At the end of the service, the sailor received a "diploma" - a patent for citizenship. The ceremony of receiving this diploma was very important for the sailor. It was after this ceremony that he became a veteran and left the service. However, the service was very difficult even in peacetime: diseases and epidemics on ships, storms and shipwrecks. Therefore, not everyone lived to the end of the service.

In addition, it is quite common for sailors to be decommissioned earlier without receiving their diploma: "An extremely large number of sailors who have served for 25 years were probably given mission causaria (sick leave) at this stage, so that they could not receive their diplomas." (Bannikov, Morozov. "History of the Roman and Byzantine Navy", p. 101). Sailors who received a diploma became full-fledged citizens of the empire. They received the right to enter into a legal marriage, as well as to transfer citizenship to their children born in this marriage. 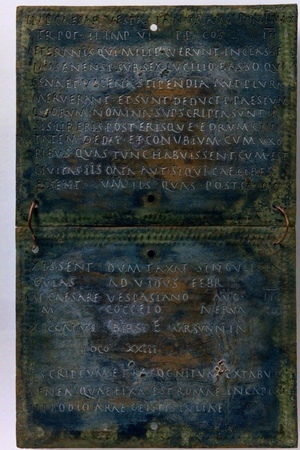 Trireme, History of the Republican Fleet of ancient Rome, Composition of the ancient Roman Navy