Himatii (Himation) (other Greek :μμάτιον-cloth, cape) - the outer clothing of the ancient Greeks, a rectangular cape made of cloth. It could be worn by women and men. Himatii was usually worn over the chiton , but they could also be worn on the naked body. In the classical era, the himatium was a piece of woolen fabric of various sizes. The size of the himatee is often estimated as 1.7 meters wide and up to 4 meters long, with a long cloth draped over the figure of the wearer. The most common way of draping looked like this: the fabric was thrown from the back to the left shoulder, so that it covered the left arm and fell down to a third of its length. The remaining cloth was passed under the right arm, covering the body in front, and then the end was thrown over the left shoulder back. An even more complex method of draping the himalaya was called "oratorical" - here the cape covered both hands. 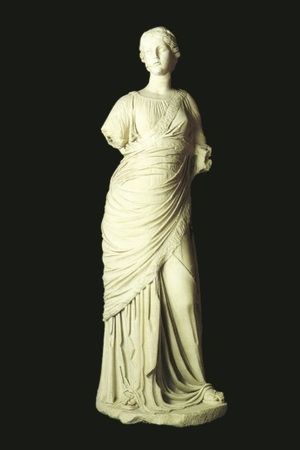 Statue of the Muse in the Himatia. Roman copy of the Greek original. Archaeological Museum, Istanbul. 2nd century AD 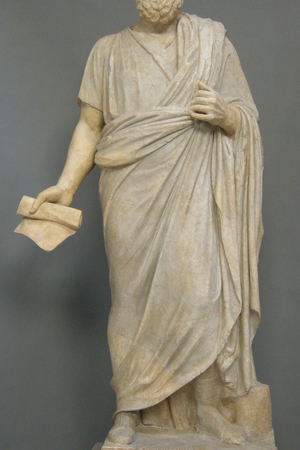 Sophocles in the Himatia. Roman copy of a Greek statue. 5th century BC 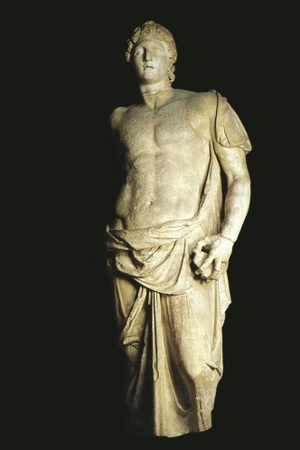 Statue of Alexander the Great in Himatia. Archaeological Museum, Istanbul. 2nd century BC

According to the Greek fashion, the himatium was supposed to go down below the knees, but not reach the ankles. It was not fastened with anything, and to prevent it from slipping off when moving, small lead weights could be sewn into the edge of the himatum. A man who gesticulated too violently during a performance was derisively described as " girding up his himatium."

The ancient Greek himation corresponds to the Roman palla for women, and the toga for men, these clothes appeared in the ancient Roman state along with the imitation of the fashion of Ancient Greece. 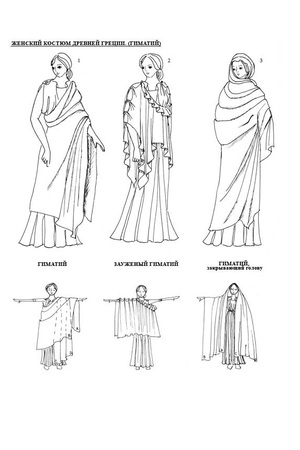 The scheme of wearing himatiya in women 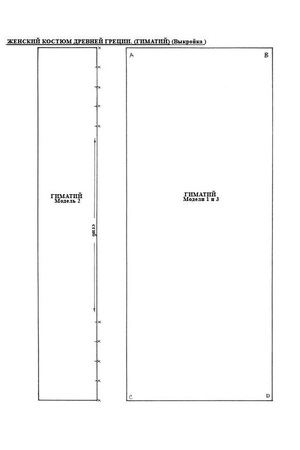