The great use of water in cities led to the emergence of water supply systems in the 4th century BC. The aqueducts ran under the streets of Roman cities and had their logical conclusion as indoor springs and splendid fountains in the streets. Aqueducts cross the streets with specific gates; you still can find their remains not only in Rome (Porta Maggiore), but also in former Roman provinces, such as the Porta Nigra gate in modern Germany (K. O. Hartmann. History of Architecture, Vol. 1, p. 92-93). 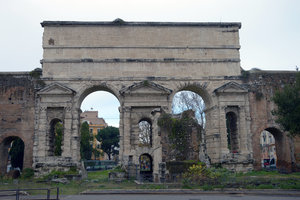 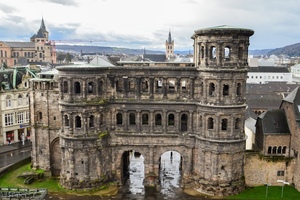 The Romans paid much attention to a good water supply in their cities, and succeeded in it as no one before. The Greeks used the continuously sloping troughs, but failed to create a system that could move the water through the varying mountainous landscape. This is not surprising, as the Greek builders had no knowledge of the arched structure that can properly distribute the weight. The Romans were familiar with such a system, which enabled them to create an aqueduct, moving water from one valley slope to the other. Simply put, aqueducts were built in places where it was impossible to deliver water through underground channels (Emili Cole. A Concise History of Architectural Styles. P. 127). 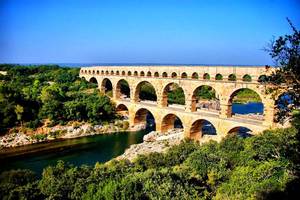 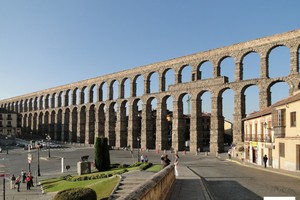 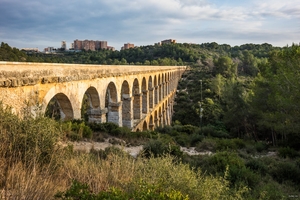 Aqueduct in Tarragona (Spain) I century BC, modern view

Water went over the top. The builders had to use lead pipes to make the water rise from one slope to the other, although, as Vitruvius states, lead has the disadvantage of generating white lead, which is considered harmful to the human body. And since, says Vitruvius, whatever is generated from lead is harmful, it is not good itself (Vitruv., VIII. 6). Modern scholars fully confirm this statement about the dangers of lead for the human body, but antique builders had no exact proof of this and widely used this heavy metal to build water piping systems. Lead has another disadvantage: it cannot withstand strong water pressure, but the Romans, knowing about the water hammer, solved this problem by creating water towers. The water rises there, reaches its natural level for a moment and then falls again. Such divided aqueducts facilitated easy correction of failures and made it possible to draw water partially from the tanks on top of the water tower (A. Choisy. History of Architecture. P. 485).

Remains of Roman aqueducts can now be found throughout what was once the Roman Empire, and some of them are still in operation. It is probably most proper now to turn to the water supply of the chief city of the state, Rome. The first aqueduct in Rome appeared in 312 BC. It was built by the order of the above-mentioned censor Appius Claudius. The gradual emergence of a large number of thermae and countless fountains at each and every crossroad explains the unprecedented length of the aqueducts. The city of Rome already had nine aqueducts at the beginning of the Imperial period, totalling 436 km with 2.4 km of tunnels and 64 km of aqueducts. Later, their number was increased by 5 more. The oldest of these constructions in the city is the Alban Aqueduct, which survives to this day. This aqueduct with a length of 1,800 m supplied mountain water; it still proves that the Romans coped with extremely difficult technical tasks (P.P. Gnedich. Art History. M, 2002. P. 170-171).

In addition to an elaborate system for delivering water to the city, there was also a system of numerous underground canals for draining wastewater. The best known is Cloaca Maxima, whose construction dates back to the tsarist period, and was later covered with stone vaults. The canal measures 3 meters in width and 4 meters in height. This sewer network has survived to this day in the state of its last reconstruction in the early imperial period. The Cloaca Maxima is still operational, but now it is used for draining rainwater, that is, simply put, it drains rainwater from the streets of Rome. Summing up the conversation about the Roman waterworks, it should be said that the ancient waterworks have not only survived or laid the foundations for modern similar structures, but are still functioning today. 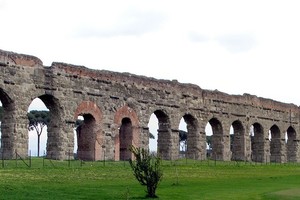 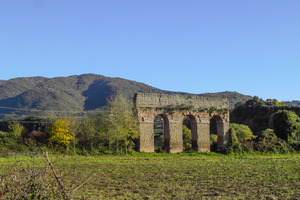 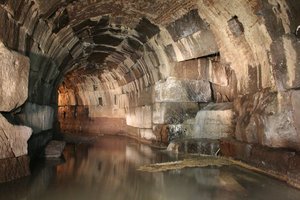