An arrow (Latin: saggita) is a projectile used for archery or crossbow-like mechanisms, such as a gastraphet or manuballista. Arrows are a thin rod, on one side of which there is a sharp metal tip, and on the other a plumage that gives the arrow aerodynamic stability during flight. At earlier stages of history than antiquity, arrows could be made of stone or bone. Quivers were usually used to carry arrows .

For the manufacture of arrows, smooth branches and shoots were most often taken, and they were also whittled out of split solid wood. Along with wood, reeds were used. For accurate shooting, a straight shaft is necessary, and the bending of the wood was sometimes corrected by heating on fire.

Both for high accuracy of hitting and for good penetration power, tips in the form of a narrow pyramid were preferred. The Scythians were the first to cast faceted bronze arrowheads.

Archaeological finds of arrowheads and bas-reliefs depicting warriors with bows, arrows and quivers have survived to this day. 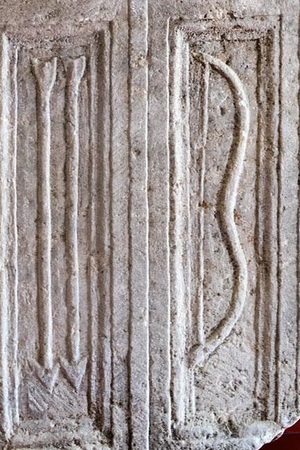 A fragment of the tombstone of Daknas, a soldier of the Second Kirrestarum Cohort based in Burnum, Dalmatia. Croatia. Mid-1st century AD 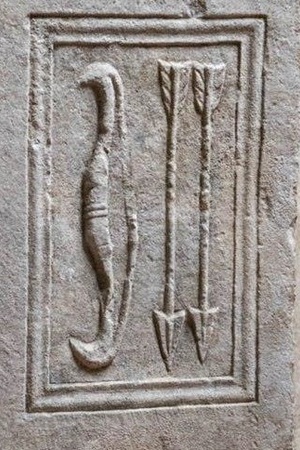 For manuballistas and gastrafets, as well as for larger military vehicles, larger arrows were used, the plumage of which changed depending on the geometry of the receiver part of the mechanism. 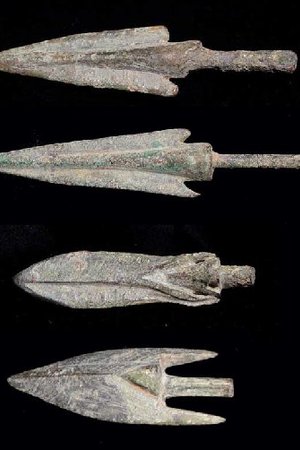