Quiver (other Greek: φαρέτρα) — a kind of bag-cover for carrying and storing arrows. A mandatory attribute for both a military archer and a regular hunter. An exception may be the gladiators-sagittarii, who did not need to store arrows due to the specifics of fighting in the arena. For the quiver, the Romans used the Greek word φαρετρα, which comes from fevrein, meaning "to carry". Literally translated as "an object for carrying arrows".

There are no archaeological finds of quivers, but fortunately there are many pictorial and written sources. Numerous images of archers with a quiver allow us to get an accurate idea of what quivers looked like and how they were worn. Usually they were in the form of a cylinder and had a cone-shaped lid. Archers usually carried a quiver on their back or belt.

Quivers were most likely made of leather or woven from twigs, like baskets. Perhaps the wicker basket served as a frame on which the skin was stretched, in this case the quiver would have kept its shape much better. 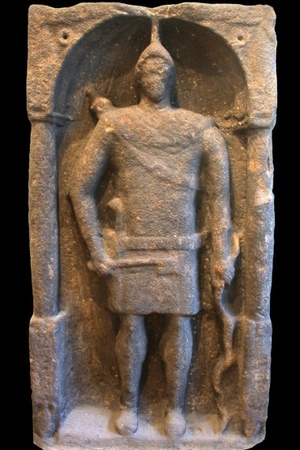 Bas-relief with an archer from cohors I Hamiorum. Found in Housesteads, Hadrian's Wall, UK. First half of the 2nd century AD 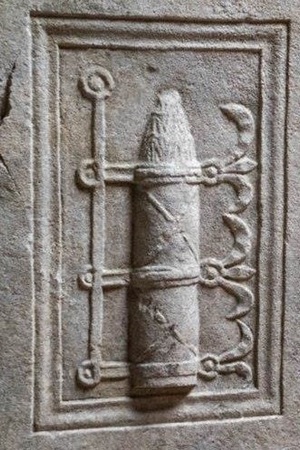 Virgil, in his poem The Aeneid, gives an interesting description:

"...so the winner will have an ornate horse; the second is an Amazonian quiver filled with Thracian arrows, with a large golden balteus around it and secured at the bottom by a polished clasp of precious stones."

Virgil describes the balteus as a belt that goes around a quiver attached to its lower end. Also, the term balteus refers to a military belt, which means that the strap of the quiver could also be decorated with plates. 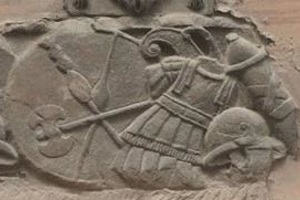 Stele with the image of a weapon and a quiver. Monte di Fiore Square, Rome, Italy. Late 2nd century AD 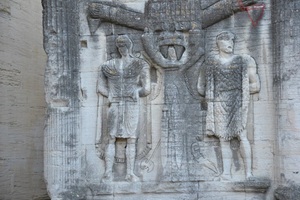 Image of quivers on the arch of Capentra. Besancon, France. Kuissen, in his article on figure weapons, mentions the covers of these two quivers in the form of"conical helmets". Early 1st century AD 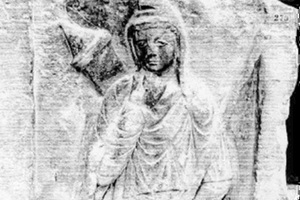 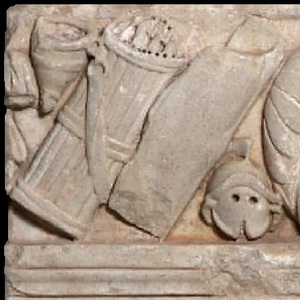 Images of a quiver with a conical lid. Frieze Of Weapons. Saint-Raymond Museum. France. 2-3 century AD 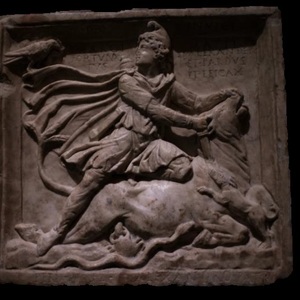 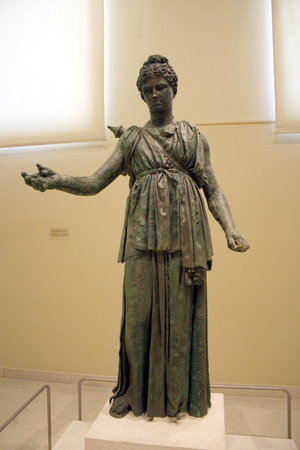 Artemis of Piraeus. 3-1 century BC