Balteus, or balteus (from Lat. balteus-belt) - a common name for a belt in antiquity. It should be borne in mind that such a type of belt as the cingulum (Roman military belt with suspensions) is a special case of it. In ancient Greece, it was called zωστήρ (zoster). There are other meanings of this term: - A leather sword belt, which was usually worn over the left shoulder, so that the sword was firmly attached to the right side, without changing its position. This sling fitted snugly to the warrior's body, thanks to the weight of the sword itself. - Elongated Roman tip a toga that swung from his right shoulder to his left.

Ordinary citizens of Rome, men and women, actively used baltei for belting tunics, to ensure the convenience of wearing and beautiful drapery of fabric that corresponds to fashion. They made a baltey out of almost anything - it could be a braided belt, a piece of cloth, a strip of leather. 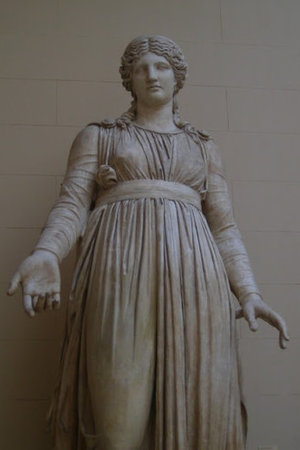 Statue of Melpomene in Baltheus. It is located in the Pushkin State Museum of Fine Arts. The original is in the Louvre, France. Mid-1st century BC 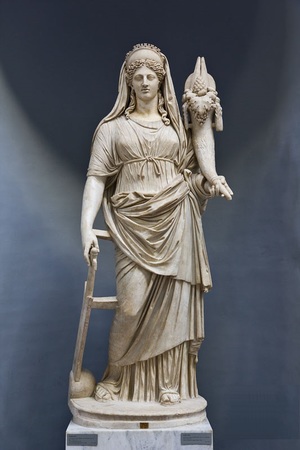 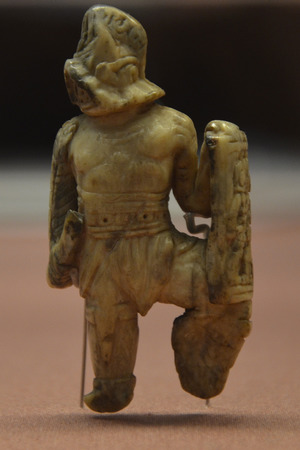 Figure of the gladiator murmillon made of bone. Found in Lexden, Colchester. British Museum of Roman History. 1st-2nd century AD 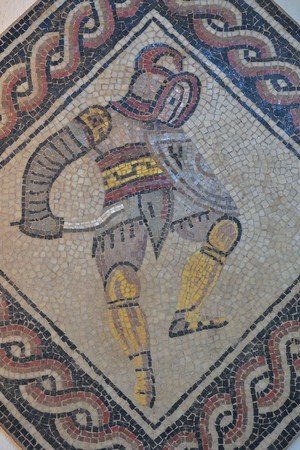 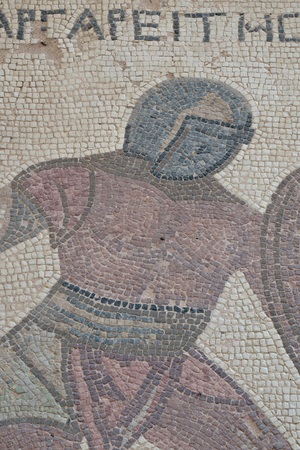 Gladiator in baltea on top of the subligaculum. House of Gladiators. Kourion, Cyprus. 3rd century AD 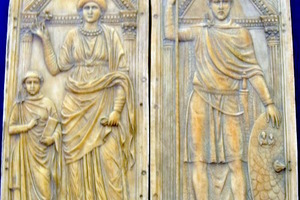 A woman and a man with balteys. 4th century AD 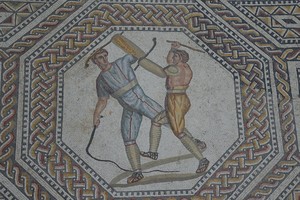