The Seleucid State is the Hellenistic monarchy of Seleucus and his descendants, formed during the collapse of the empire of Alexander the Great. As a result of the agreement of the Diadochi, Seleucus I received the satrapy of Babylonia, and then in a series of wars annexed most of Alexander the Great's Near Eastern territories to it. Contemporaries of the state called it both an empire and a kingdom. 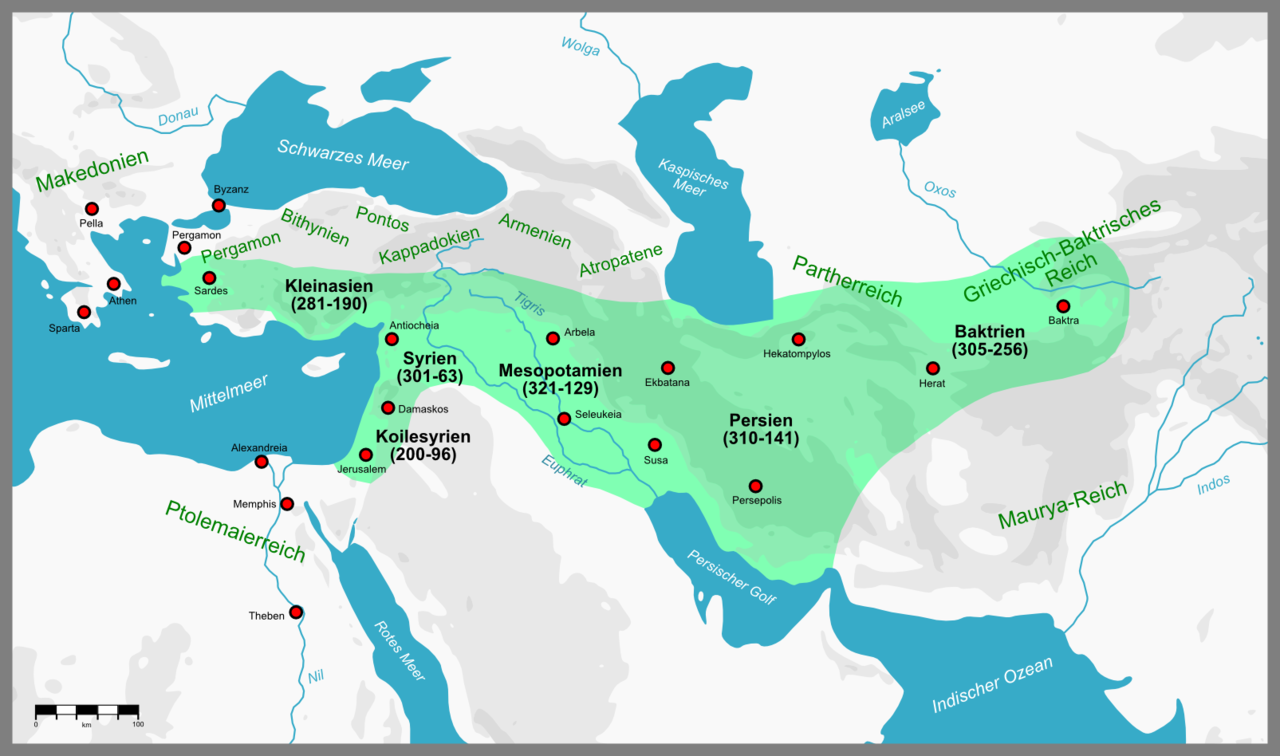 Map of the Seleucid State

The core of the state was the Middle East, and at the height of its power it included parts of Asia Minor, Syria, Phoenicia, Palestine, Mesopotamia, Iran, parts of Central Asia, and present-day Pakistan. By the first century BC, the territory of the Seleucid state had shrunk and occupied present-day Syria and Lebanon.

The Seleucid state was the most important center of Hellenism, the main link between Greek and Persian cultural traditions. As the empire began its expansion into Greece, it faced the army of the Roman Republic, which inflicted a series of defeats on it. As a result, the eastern part of the country by the middle of the II century BC was captured by the Parthians under the leadership of Mithridates I. The Seleucids continued to rule Syro-Phoenicia until the conquest of the country by the Armenian king Tigran II in 83 BC, which finally destroyed the Seleucid state. The reigning queen Cleopatra Selene I, of the Seleucid dynasty, was captured and executed in 69 BC by order of the Armenian King of kings. In 64 BC, the former western part of the territory of the Seleucid state was turned into the Roman province of Syria.