Servius Tullius, according to tradition, is considered the sixth Roman king, who ruled, presumably, in 578-535 BC. e. His image seems to us the most historical. There are two legends about its origin. The first and generally accepted one is given to us by Dionysius of Halicarnassus in his work "Roman Antiquities". The second is the Emperor Claudius, who was considered an expert on Etruscan history and delivered it in one of his speeches in the Senate.

Let us first consider the first version of Dionysius of Halicarnassus. According to the author, Servius Tullius was the son of a noble woman from the city of Cornicula. When the Romans captured the city, she was captured. As a result, the boy grew up in the family of Tarquinius, the previous king of Rome. The child, according to legend, was surrounded by love and held in high esteem by the Roman people and the Senate. Tarquinius married him to his daughter, and after the king's death, Servius Tullius seized power and became king. This is the generally accepted tradition about the origin of the king. The second version of the origin of this Roman king is given to us by the emperor Claudius. It differs significantly from the first one. The emperor says that Servius Tullius is an Etruscan adventurer Mastarna who infiltrated Rome, changed his name, and usurped power. An artistic reflection of Claudius ' version can be seen in the fresco from the tomb of Francois.

From all of the above, we can conclude that the two versions of the legend differ. Modern researchers do not deny the historicity of Servius Tullius, but this does not mean that the legends associated with the origin of the king have a real historical basis. In favor of the real existence of Servius Tullius, most antiquarians are inclined. This is due to his reform activities. He is credited with a number of major reforms that formed the basis of the statehood and political system of Rome. During his reign, the following innovations were implemented::

1) Division of the entire territory of Rome into territorial tribes. People are now assigned to rural districts and districts. We don't know the exact number of tribes. Now researchers believe that there were 17 rural and 4 urban tribes. In order to be considered a citizen, one had to be assigned to one of the tribes.

2) Division of the population into 5 property classes or categories. People who did not fall into any category due to lack of funds were called "proletarii". They were citizens, but without property.

4) In accordance with their property status, citizens performed military service. The wealthiest-the first class-served in the cavalry, while others served in the infantry, with a full complement of heavily armed infantrymen. Citizens of other classes served only in the infantry: the poorer the citizen, the fewer weapons he had. Proletarians were not allowed to serve in the military. Each class had to allocate a certain number of centuries. 1st class – 80 infantry units and 18 horsemen. The other classes are much smaller. There are approximately 193 centuries in total.

6) Tradition attributes to Servius Tullius the construction of the first city wall in Rome, a part of which we can still see today.

In this form, information about the reforms of Servius Tullius has come down to us. Naturally, not everything in them is reliable. It was already mentioned above about disagreements in the issue of determining the property status of citizens. The clear division of Roman society into classes is also called into question. Kovalev S. I. believes that initially all citizenship was divided into two categories: classis and infra classem. The division of the state into tribes bears a clear resemblance to the reforms of Cleisthenes and Solon in Athens, carried out around the same time. But this does not give us any reason to believe that there is no historical basis for the reform. Undoubtedly, the most important state and military transformations were carried out. Servius Tullius allowed the Plebeians to join the legion, thereby reducing the role of the gentile aristocracy and increasing the number of soldiers, which in turn required the division of citizens into property groups and the creation of new territorial units. 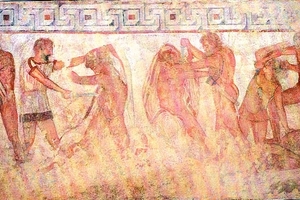 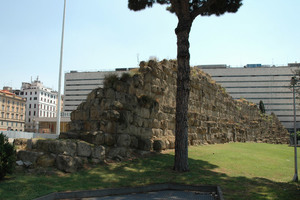 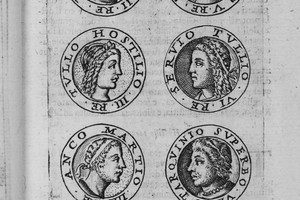 Page with images of Roman kings from the book "Portrait of Ancient Rome" by Totti Pompilio.1633

6. Titus Livy. Istoriya Rima ot osnovaniya goroda [History of Rome from the foundation of the city].