Tripod (Latin: tripes or tripedes) - a folding three-legged device used for hanging boilers and other items over a fire for heating. It was used by a wide variety of peoples in the ancient period, including the Romans.

There were several types of tripods. Some of them had a ritual use. There were also tripods-stands, and camping folding tripods for hanging cauldrons for cooking food. 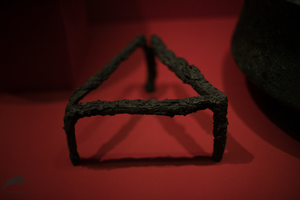 Also, for convenience, the boilers were suspended through special chains that made it possible to adjust the height of the boiler so that it heated more efficiently. They made such chains mainly from bronze and iron. 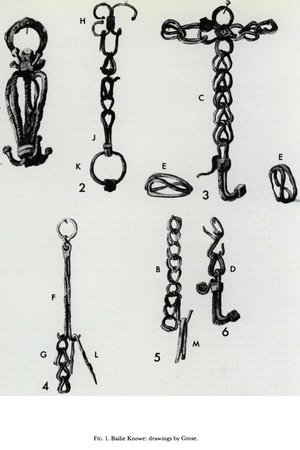 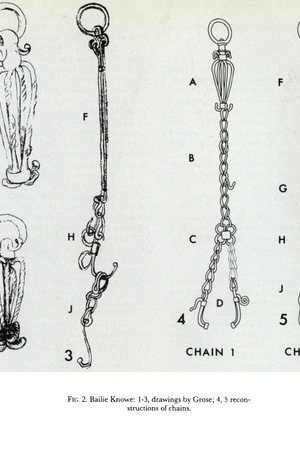