The Latin name of the flask that has come down to our days is ampulla. In antiquity, ceramic flasks were widely distributed, but metal copies of vessels were also found. There is an assumption that the flasks could be made of leather, but there are no such archaeological finds. First of all, ampullae were a necessary part of the marching equipment of the Roman army.

The metal flask was found on the territory of the commune of Annecy in the historical region of Savoy. The earliest structures found in this area date back to the first half of the 1st century AD. It is most likely that at that time a farm was built here, which was located near the road, which was actively used until the middle of the IV century.

The flask found was made of an alloy of iron and copper. It had a cylindrical body and was decorated on the sides with iron plates. The wide neck of the flask was tightly closed with a lid, which was attached to the handle with a wire chain. Scientists have noticed that the flask is equipped with a lock.

The analysis showed that no alcoholic beverages were stored in the flask. Inside the flask, the remains of organic matter were preserved, which was subjected to laboratory analysis. He showed that the jar contained a mixture of millet with a small amount of berries and dairy products, in addition, a small amount of coniferous resin and some plant rich in oleanolic acid were found in the composition, which could not be identified.

Researchers do not rule out that the flask could have been filled with some kind of elixir, brewed specifically for the ritual ceremony. This is also indicated by the fact that the flask was placed in the pit tightly closed — perhaps it was an offering to the gods. 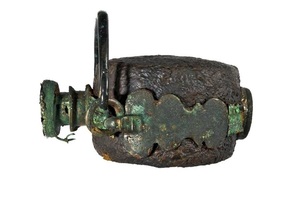 Metal Roman flask. Found in France. First half of the 1st century AD 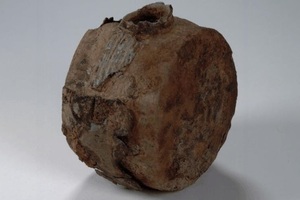 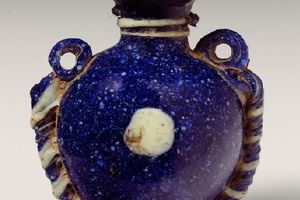 Many ceramic flasks have been found that are usually associated with Roman or Greek civilization. They could be either simple shapes, or have handles or decorative elements. 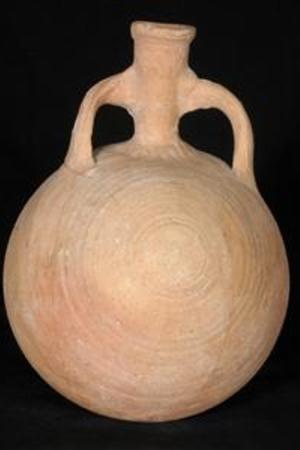 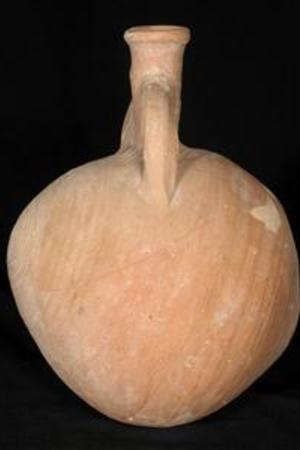 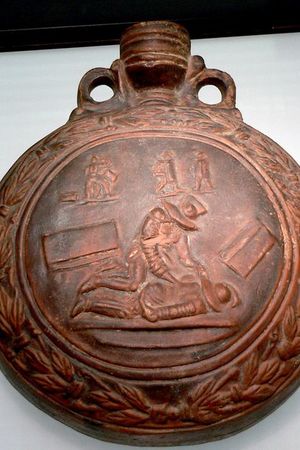