Rings (Latin: anulus/anus/annus), worn on the fingers, were widely used in antiquity. The rings were both solid, cast from metal, and twisted from wire, the ends of which went around the finger and did not connect with each other. The front part of the ring was often decorated with precious stones, coinage, enamel-jewelry art was well developed. Basically, the rings were made of bronze, silver, and gold.

Jewelry, which is still popular today, existed throughout the ancient world and was not a local attribute of a particular people. It is most likely that the rings independently appeared in ancient times in many places on the planet.

In ancient Rome, rings could be worn by representatives of all classes, both women and men. Archaeologists found rings with symbols of various legions, which most likely belonged to the military. Often the rings depicted mythological and everyday subjects. Many rings in the form of snakes, as well as with the image of a phallus, have come down to us, which in Rome symbolized a huge number of phenomena — protection from the evil eye, attracting good luck, asking to send down procreation, and much more. 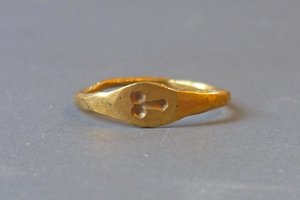 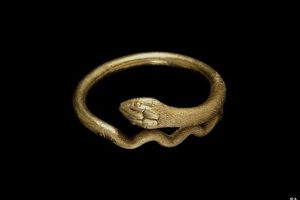 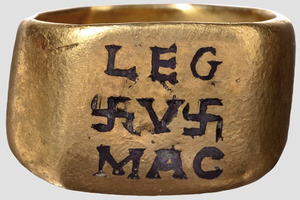 You can distinguish wedding rings that were worn by spouses. As a rule, they depicted either a handshake, as a sign of understanding and harmony, or the faces of the couple themselves. The tradition of wedding rings has been preserved to this day. 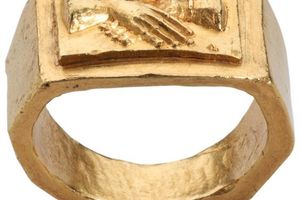 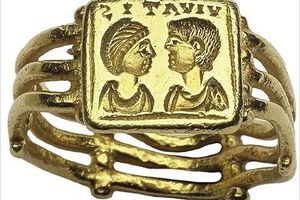 There are also rings inlaid with semiprecious stones, they are characteristic primarily for the Romans and Greeks. Stones decorated with carvings are called gemstones (Latin gemma — precious stone). The art of stone carving developed from the fourth millennium BC and became extremely popular in Ancient Greece (where it was called glyptics) and ancient Rome by the 6th century BC.

Gemstones are of two types: intaglio, on which the pattern is created by depressions, as if scratched out on the surface of the stone; and cameo, which is a three-dimensional convex bas-relief. Rings with intaglio stones could serve as signets. 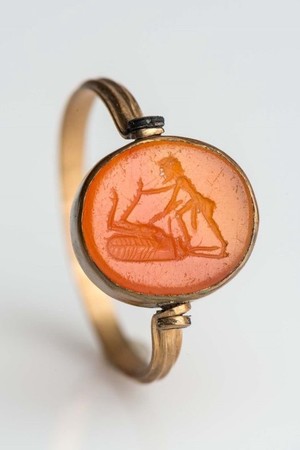 Ring with carnelian, intaglio. The carnelian depicts a pygmy. National Museum of Scotland. 1st century BC 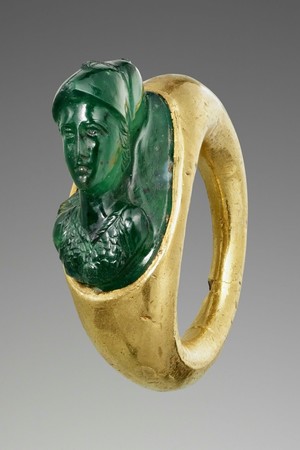 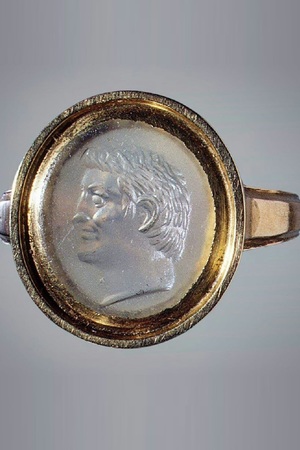 Intaglio with a portrait of Mark Antony. Chalcedony, gold. 1st century BC 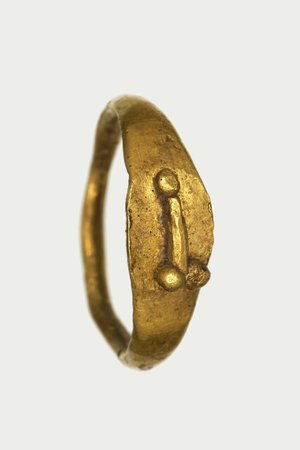 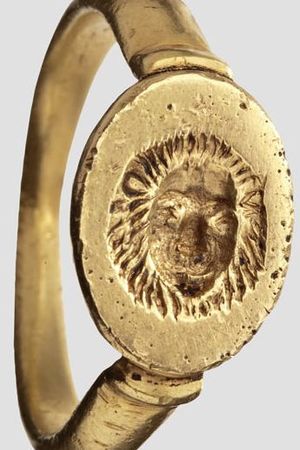 A lion ring made by a Greek craftsman. Gold. 1st century AD 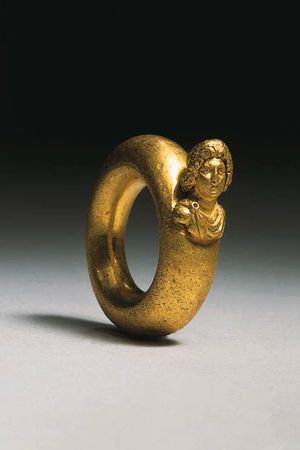 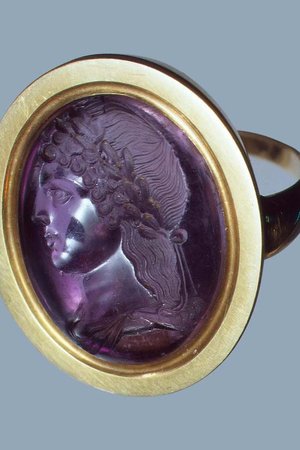 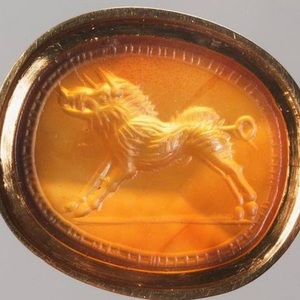 Ring with the image of a boar. Kunsthistorisches Museum Vienna, Antikensammlun. First half of the 1st century BC