Armillae (Latin armillae, from armus - "forearm") - a type of wrist jewelry in ancient Rome. They could be worn, depending on the type, both on the wrists and shoulders, and together with the phalerae on the chest of centurions . The fact that both military and female armillae are called the same is explained by the origin of the word armus (forearm), and not arma (weapon), that is, armilla is everything that hangs on the forearm.

Armillae were widely used as decorations or distinctive signs in the Roman army and were most often worn on the wrists. In shape, armillae were similar to traditional Celtic ornaments (torques), or were made in the form of flat oblong hoops, sometimes consisting of segments. 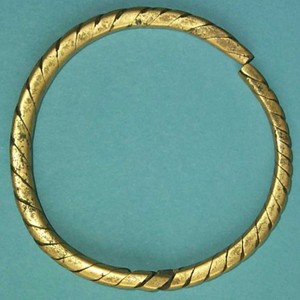 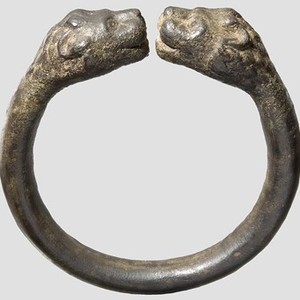 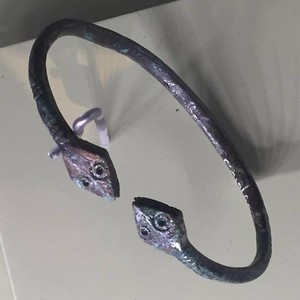 Centurions in addition to a set of phalerae had armillae, which were located above. They were attached either to the leather base of the faler, or through a raincoat, or separately with a special scarf. Armylls were made from non-ferrous metals-bronze, silver, gold. Often they had patterns on themselves, twisted and decorated with animal heads at the ends. They were worn in pairs, and could be attached both as a separate element, and directly on one of the phalerae, "putting" on it. Also, the centurion could simultaneously wear armillae on both wrists and phalerae. 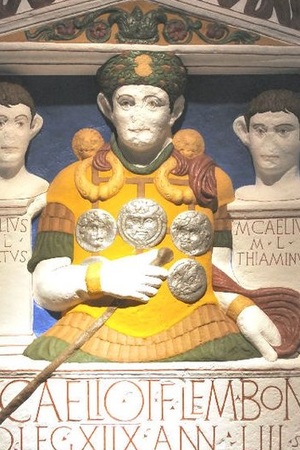 A centurion with armillos on his thighs and wrists. It is kept in the Rheinisches Landesmuseum in Bonn. 1st century AD 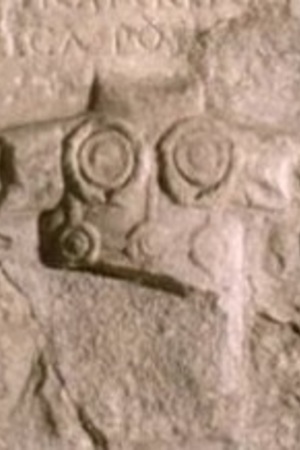 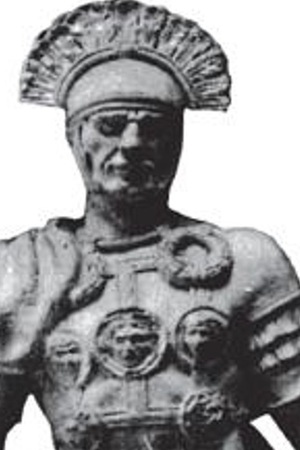 A centurion from the Republic with Armylls. 3-2 century BC

Women in ancient Rome also used armillae as jewelry to show their social status. They were worn more often on the shoulder area of the hand than on the wrists. Wealthy women wore several bracelets on one arm. About the methods of wearing and the fact that this type of armilla is female, tell us preserved visual sources-frescoes and statues. 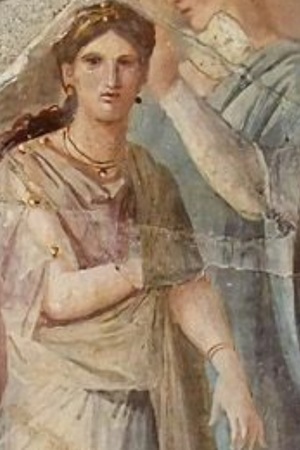 The Palaestra of the Forum of the Baths at Herculaneum, AD 79. 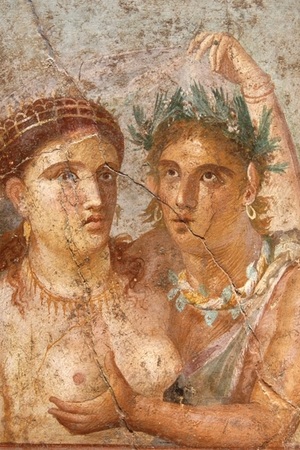 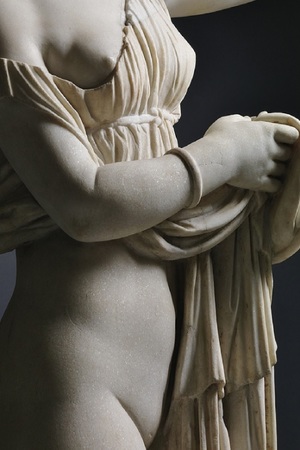 The most popular type was the snake-like armill, which encircles the arm in one or more turns. Such bracelets in Rome were borrowed from the Greco-Etruscan culture. Sometimes they were decorated with precious stones. 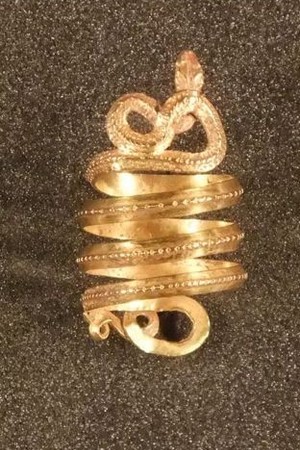 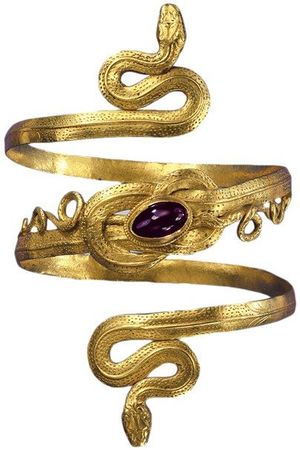 In Rome, armilla bracelets became fashionable among various segments of the population. They were loved by both aristocrats and slaves. In Pompeii, near Mogherini, a gold armilla was found with the inscription "dominus ancillae suae" - "from the master to the slave", which, in fact, means an expensive gift to his concubine. If in Ancient Greece the snake was a symbol of Hermes and Asclepius, in Rome it was associated primarily with Apollo. It was believed that the snake gave beauty, health, sexual attractiveness and strength to its owner. 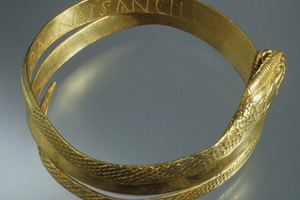 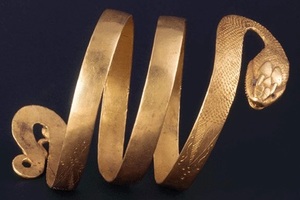 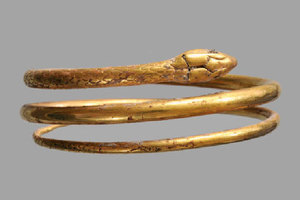 For the reconstruction of the armilla, it is recommended to make it out of brass or other precious metals. Silvering/gilding is allowed. This is especially true for women's images - you can use armillae to wear on the shoulders and wrists. Centurions can wear bracelets on their thighs and wrists. 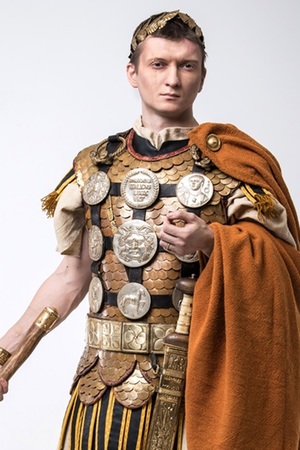 A centurion with armillos on his thighs and wrists. Reconstruction 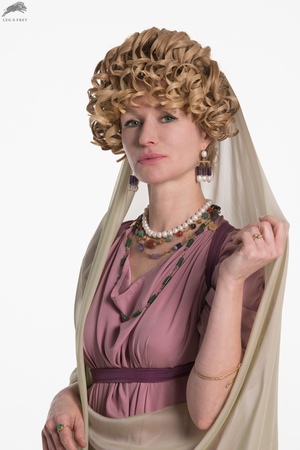 Aristocrat with a bracelet on her arm, reconstruction 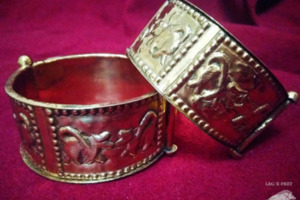 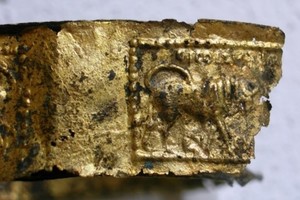 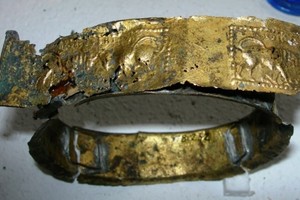 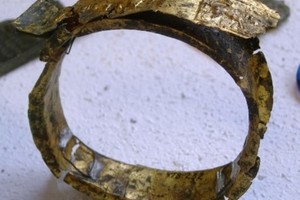 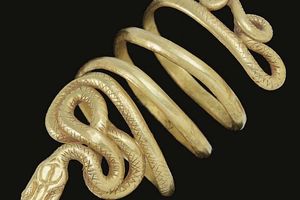 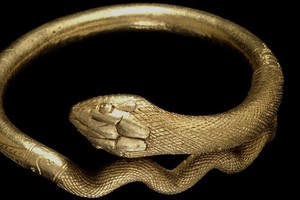 Gold bracelet in the shape of a snake. Pompeii. 1st century AD 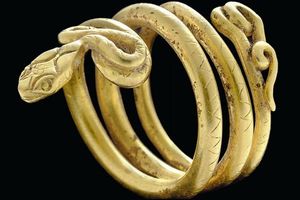 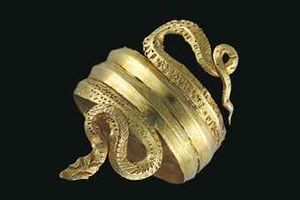 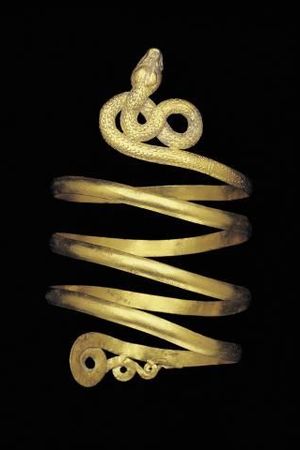 Gold Roman bracelet in the shape of a snake. 2nd century BC