Phalerae — a type of distinctive decoration in the Roman army. They were worn on the chest of centurions and standard-bearers, as well as faleras decorated with horse harnesses. Faleras were round or elliptical plaques with a diameter of 5 to 10 cm.

Unlike modern single orders, the Roman phalerae were a whole set of medallions, which were issued for military merit when reaching the rank of centurion or standard-bearer. It should be noted that according to archaeological sources, faleras were not a mandatory attribute of the centurion's equipment, but were a special badge of distinction. They were made of precious metals, most often gold, silver or bronze, and were elaborately decorated with coinage. There is also a rare type of falera with glass cores. From this Latin word came the name of the science of awards — faleristics. Also, armillae could be attached to the falera set as an additional decoration.

Phalerae are of ancient Greek origin, in Ancient Greece the word "phalaron" (other Greek: φάλαρον) originally meant a shiny metal plate that decorated armor, helmet or horse harness. Images of riding harnessed horses with phalerae are found on many ancient Greek vases.

The Etruscans adopted the tradition of wearing falaras from Greek colonists in the Apennine Peninsula and used them as medals. In the 4th century BC, they were adopted from the Etruscans by the Romans and became a sign of belonging to a military position.

Archaeological and iconographic findings confirm the spread of this type of jewelry not only among Roman soldiers, but also among the Ugrians, Sarmatians, and Persians during the Sassanid dynasty.

The most common images of centurions in falera. Centurion faleras could be either simple round plaques without patterns, or have complex plots-the image of myths, individual gods, emperors, animals. According to the bas-reliefs, the faleras came in sets of 3, 5, 7, 9 and 10 pieces. In Germany, archaeologists have discovered a complete centurion's set of 10 falerae, one of which has the shape of a lunnitsa. It was found in Lauersfoort and dates back to the first century AD. On these faleras you can see images of gods and lions, which were a symbol of courage and power. 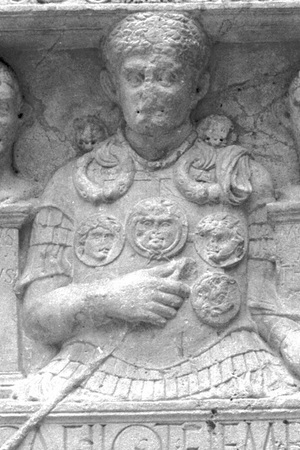 A centurion with phalanxes. It is kept in the Rheinisches Landesmuseum in Bonn. 1st century AD 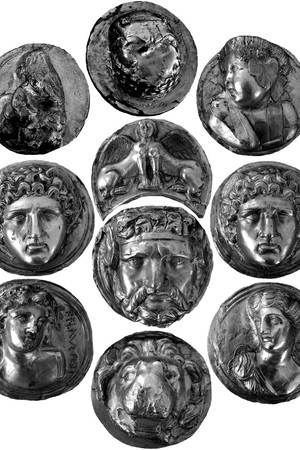 A set of faleras from Lauersfort. Germany. 1st century AD 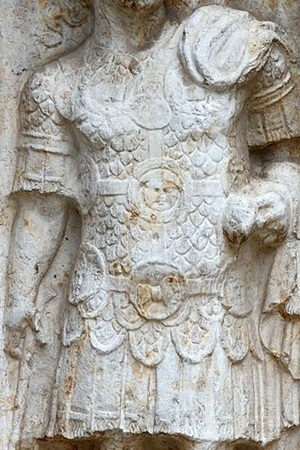 The head of the Gorgon Medusa was often minted on the phalerae — it was believed that it gives protection to its owner. In addition, there are images of mythical animals, such as the Sphinx; often depicted gods: Mars, Minerva and Jupiter. Faleras were attached to leather belts, which were tied on the back.

A fairly large number (more than 70) of glass phalerae, usually made of dark blue glass, were also found. Some historians and archaeologists do not consider these objects to be falera. As a rule, they depict human heads, mostly male, often together with children. It is assumed that these may be images of emperors from the Julius-Claudian dynasty and their sons, as well as their wives. During excavations, metal faleras are found in sets of several pieces, and glass ones are more rare and more often found one at a time. 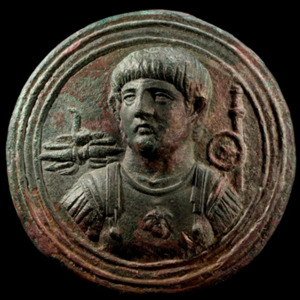 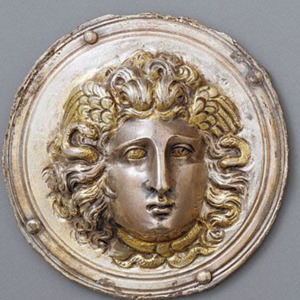 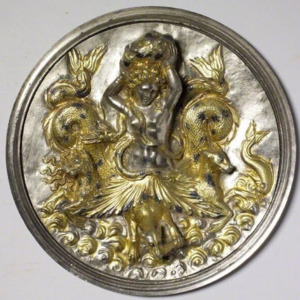 Unlike the centurions, among the representatives of the banner group , faleras were less common and had a simpler form. As a rule, they were round plates with simple geometric patterns. They were also worn in sets, sometimes with armylls. Most often in bas-reliefs, faleras are depicted on aquilifera. 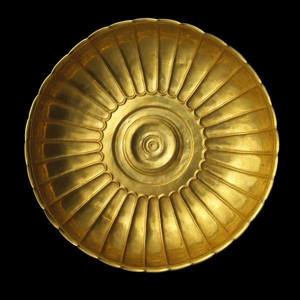 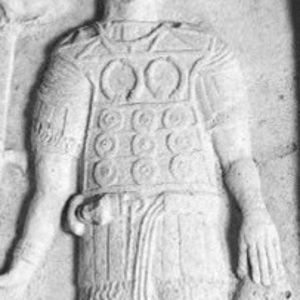 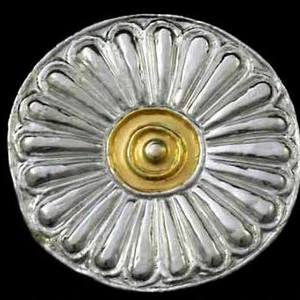 For reconstruction, you should choose hammered rather than cast faleras, in accordance with archaeological finds. You can use silver-plated or gold-plated brass alloys and a leather base for fixing the falera. 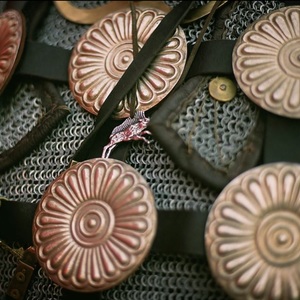 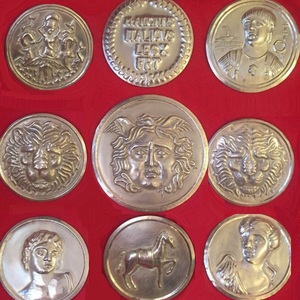 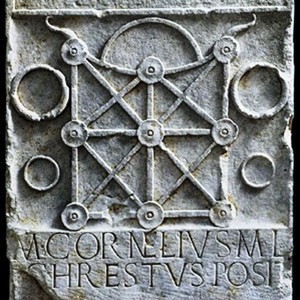 Stele to the centurion of the Seventh Legion with the phalerae depicted. Found in Dalmatia (Da Tilurium Dalmatia). 42 BC 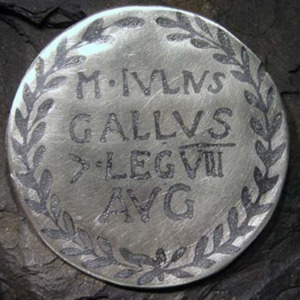 Falera with the initials of the centurion. Silver. Found in Nijmegen. 1st century AD 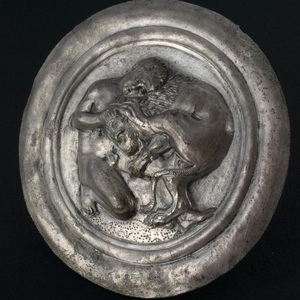 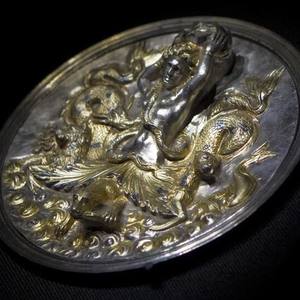 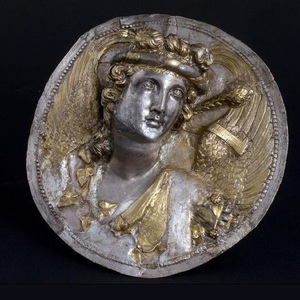 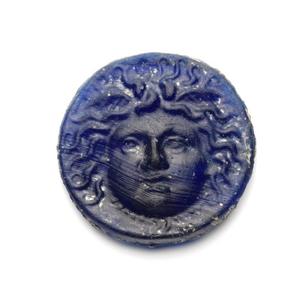 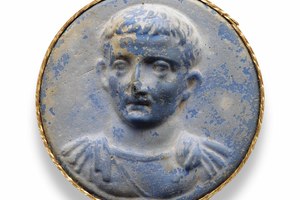 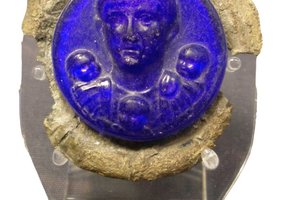 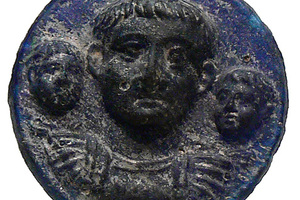