The Cimbrian War (Latin: Bellum Cimbricum, 113-101 BC) was a war between the Roman Republic at the end of the second century BC and the Germanic tribes of the Cimbri, Teutons, and a number of Celtic tribes.

Reasons for the war:

From the Roman side: the territorial expansion of the Roman Republic to the North and into Gaul brought them into conflict with the southward migrating tribes of the Cimbri, Teutons, and Tigurines.

Barbarians: according to the information given to us by the Roman historian Florus, in his work “Epitomes " book I. III. 3 “ " The Cimbri, Teutons, and Tigurines, driven from the coastal regions of Gaul by the ocean that flooded their lands, sought new places all over the world. Being cut off from Spain and Gaul, they moved to Italy...". These are the reasons for the barbarian war with Rome. This war is considered the first war of the Romans with the Germanic tribes.

The Cimbri were an ancient Germanic tribe that lived in the central and northern part of the Jutland peninsula until the end of the second century BC. From here they, together with the Teutons, Tigurines and Ambrons, who, like the Cimbri, had lost part of their territory due to the flood, moved south to Italy.

The Teutons (Latin: Teutoni) were an ancient Germanic tribe that lived on the west coast of Jutland, in the lower reaches of the Elbe River (east of the Lower Elbe) and on the Danish Islands. At the end of the second century BC, they, along with the Cimbri, Tigurines and Ambrons, who had lost part of their territory due to flooding, moved south to Italy.

Tinurins (they are also Helvetii, Lat. The Helvetii were a large Celtic tribe that lived in the northwestern part of what is now Switzerland (called Helvetia by the Romans). Part of the Helvetii, along with their allies the Cimbri and Teutons, took part in their campaign South to Italy and was defeated by Gaius Marius.

Ambrones (Latin: Ambrones) — a Celtic tribe that lived in the territory of modern Switzerland (Helvetia) during the invasion of the German tribes of the Cimbri and Teutons. The Ambrons and their friends

The Cimbri and Teutonic allies were defeated by Gaius Marius. It is not known exactly where the Ambrons lived. 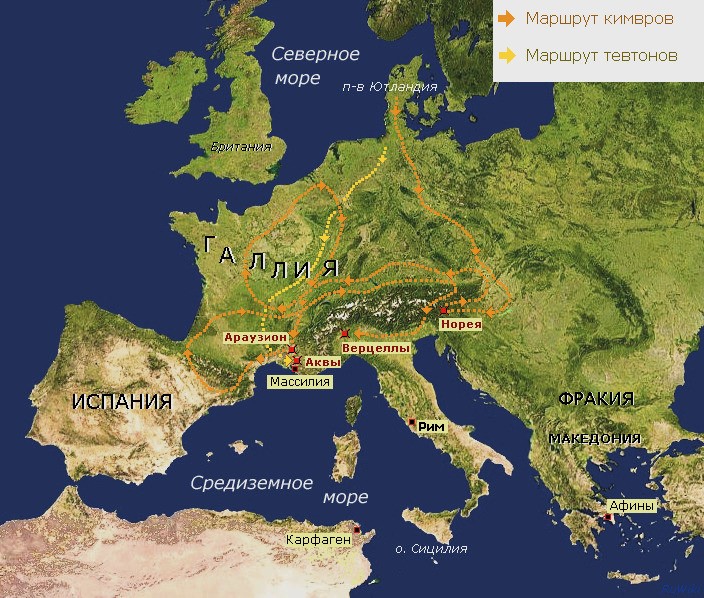 Map of the Cimbrian War and its main battles

Course of the war

Having conquered several Celtic tribes on the Upper Danube, the Teutons and Cimbrians moved further towards Italy.

The Romans and Cimbri first came face to face with the Teutons, in the northeastern Alps, when they invaded Noricum (present-day Austria) in 113 BC.

Here they began to plunder and ravage the tribes and cities allied to Rome.

The Senate sent a Roman army against them, led by the consul Gnaeus Papirius Carbo.

Carbo, in order to block their way from Noricum to Italy, occupied the mountain passes in the North-Eastern Alps. After unsuccessful negotiations, a battle took place, which the Romans lost.

After the battle, the Cimbri continued west.

After passing through the Helvetii, where they were joined by the Tigurini and Tougeni tribes, the Cimbri crossed the Rhine and entered Gaul.

In 105 BC, at the Battle of Arausina (Aravsiona), a Celtic settlement on the left bank of the Rhone, the Teutons and Cimbri were able to completely destroy two Roman armies commanded by Proconsul Quintus Servilius Cypion and Consul Gnaeus Mallius Maximus. As a result, the Romans were unable to stop the advance of the Germanic tribes from Gaul to Italy.

Roman historians Tacitus and Orosius report that the Romans lost ca. 80 thousand soldiers and 40 thousand servants, which exceeded the loss of the Romans in the battle with Hannibal, at Cannae. Modern historians believe that such high losses among the Romans are explained by the fact that the Germans managed to first pin down and then throw both Roman armies into the Rhone River.

But the Romans were lucky, as after this victory, the Germans abandoned an immediate invasion of Italy for the time being. They ravaged the village, which was left defenseless, since all the Roman troops capable of defending it were

destroyed, Norbonian Gaul and from there they invaded Spain, where the Celtiberians (a group of tribes in central and northern Spain and in Portugal before the Roman conquest of these territories) forced them to return to Gaul.

All this gave the Romans a little respite.

The victories of the Germanic tribes over the Roman armies within a few years, caused the inhabitants of Rome terror cimbricus ("Cimbrian horror").

In the wake of such tragic events, the Romans elected Gaius Marius, a young and promising, successful general, as consul in 104 BC.

Marius made good use of the time when the Cimbri and Teutons were plundering Gaul and Spain, carrying out a military reform of the Roman army (for more information, see the article on Gaius Marius) and beginning its preparation for battle with the barbarians.

Finally, in 102 BC, the combined barbarian forces marched in 3 columns to Italy. The Teutons and Ambrons took the shortest route along the coast. The Cimbri set out across Noricum, skirting the Alps. The Tigurins lingered in the Alpine foothills and dispersed after the news of the Allied defeat.

About this method of attack of the Germans on Rome, we are informed by the Roman historian Lucius Annaeus Flor. "Epitomes".1.38.

The first people Gaius Marius encountered were the Teutons and Ambrons as they marched along the coast to Italy from Gaul.

Marius managed to gain an advantageous position near the city of Aquae Sextii (today this place is located north of the modern city of Marseille), near which the battle took place in the summer of 102 BC. e. the Romans won, that is, won.

The Romans destroyed the Teutonic people, either by killing them in battle or by capturing them. Captured by the Romans was the Teutonic leader Teutobod, who would later be ” honored " as a prisoner through the streets of Rome during the triumph.

The second column, the Cimbri, moving around the Alps to Italy, was stopped by the second consul of 102 BC, Quintus Lutatius Catulus, who was stationed with troops in the north-eastern Alps. Catulus was unable to hold off, much less defeat, the Cimbri and retreated to the southern bank of the Po, thus leaving the Cimbri to plunder the north of Italy between the Po and the Alps. Thus ended another year of the Cimbrian War.

In 101 BC, Gaius Marius, again elected consul, joined forces with the proconsul Catulus and again crossed to the southern bank of the Po River, where he began to impose a decisive battle on the Cimbri.

They initially evaded it, but after learning what fate befell their Teutonic allies, they agreed to battle.

The battle took place on July 30, 101 BC on the Field of Ravda near the town of Vercell (modern Vercelli, Italy).

The Cimbri formed a large square. Putting all his cavalry on the right flank.

In the end, the Romans won, but Catulus and Marius argued over who had inflicted the decisive defeat on the Cimbri.

Two of the 4 Cimbrian chieftains, Boiorix and Lugius, were killed in the battle, while two other chieftains, Claodicus and Caesorix, were captured.

The wives of the Cimbri defended themselves fiercely, and committed suicide, as did the Teutonic women. 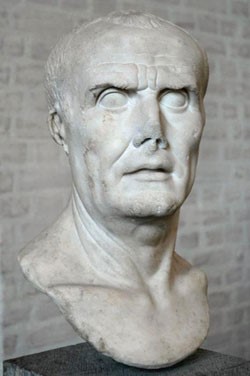 The Romans, under the leadership of Gaius Marius, were able to defeat the invading tribes of the Cimbri, Ambrons and Teutons.

Many Cimbri and Teutons died in battle, and many were sold into slavery. About the number of enemies who fell in battles, ancient authors did not come to a common opinion, expressing different figures of fallen enemies.

As a result, the Teutons disappeared as a tribe, although their name continues to be used as a generalizing name for modern Germans, and a small part of the surviving Cimbri retreated north to the North Sea, where after the first century AD information and references about them disappear from sources.

Again, the Romans encountered Germanic tribes only under Gaius Julius Caesar, that is, almost 50 years later, during his conquest of Gaul – the " Gallic Wars”. 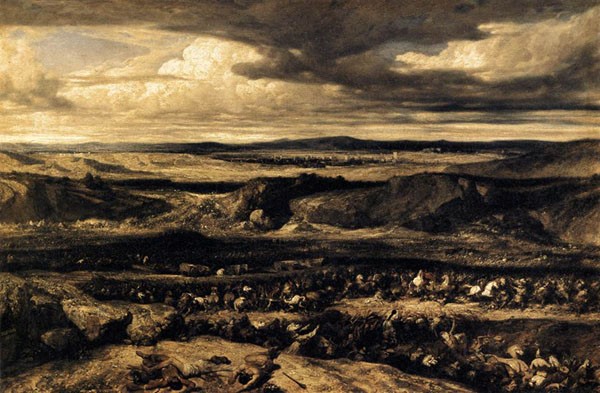