Krupellarii, krupellarii (crupellarius) — the most heavily armed gladiator, whose armor consisted of lorica segmentata, manikas on both hands and high segmental greaves up to the thighs. The helmet was typical of ancient Roman gladiators — it completely covered the head and face and had only small slits for the eyes and mouth; externally, it vaguely resembles a medieval Topfhelm helmet. In terms of security, Krupellarii was superior not only to other gladiators of that time, but also to any ancient warrior in general. Completely covered in metal, it looks more like a medieval knight than a representative of the ancient era. Thus, the gladiator-krupellarius was practically invulnerable to the opponent. It is assumed that his weapons consisted of a scutum and a gladius, like a provocateur. The physical fitness level of the Krupellarii was very high: wearing heavy armor required great strength and endurance.

Very few references to krupellarii have been found, and it is assumed that this type of gladiator was not widely used in antiquity, perhaps due to the fact that among the spectators of gladiatorial fights, good protection and body closeness were unpopular. Only two sources of information about such warriors have survived to this day: a bronze statuette and a mention in the Annals of the Roman historian Tacitus.

Tacitus writes that the Krupellarii were recruited from Gaulish slaves, equipped in the tradition of gladiator warriors of Lugdunian Gaul, who took part in the Treverian revolt led by Julius Florus and Julius Sacrovir in 21 AD during the reign of the Emperor Tiberius. The reason was the high debts of the local Gauls, which they did not want to pay. Among the Aedui who rebelled, Tacitus mentions heavily defended Gallic gladiators called Croupellarii. The decisive battle between the Aedui and the Roman army took place near Augustodunum (modern Autun in France). Sacrovir's main focus in his tactics was on the krupellarii-they were in the center in front, the rest of the rebels were located along and behind, covering the heavy gladiators. It was the Gallic gladiators-krupellarii-who put up the strongest resistance to the Romans, they were so invulnerable to weapons that the legionaries had to use axes and pickaxes that were not intended for direct combat:

"43. ... In total, it gathered forty thousand, of which one-fifth had weapons of the Roman model, and the rest had only slings, knives, etc. weapons used by hunters. To these was added a contingent of slaves destined for gladiatorial games, clad in heavy iron armor according to the custom of the tribe; the so-called krupellarii, they were little suitable for attack, but invulnerable to enemy strikes. … 46. ... The defeat of the Aedui was delayed a little by the men-at-arms, because their armor did not break through with spears or swords, however, the soldiers, seizing axes and picks, and as if they were breaking a wall, began to beat them on their carapaces, others with stakes and pitchforks knocked these heavy blocks to the ground, and they, as if dead, lay motionless on the ground, without any attempts to get up."- Annals III, 43; 46 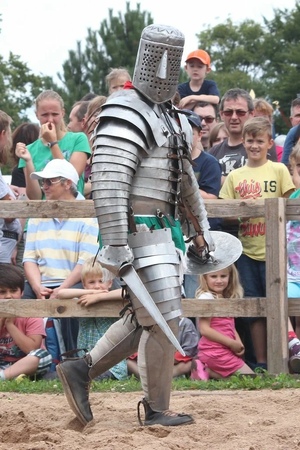 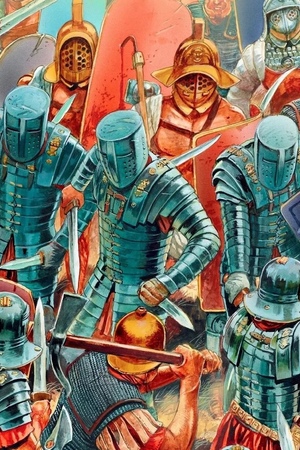 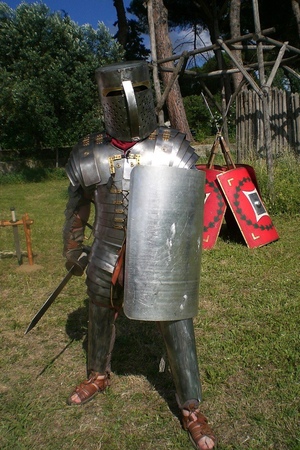 In 1972-74, a bronze statuette was found in Versigny (Picardy region), originally designated by archaeologists as a figurine of an unknown warrior. It dates back to the time period coinciding with the revolt of the Gallic gladiators. It was later identified as a Croupellarius figurine — a heavily armored Gaul gladiator. Currently, the figurine is in the museum of La Fere, France. 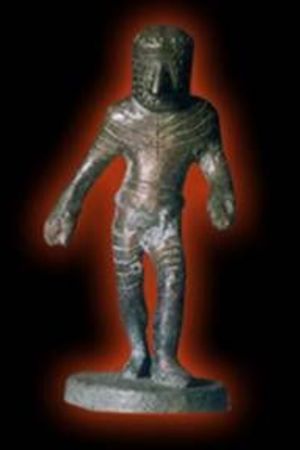 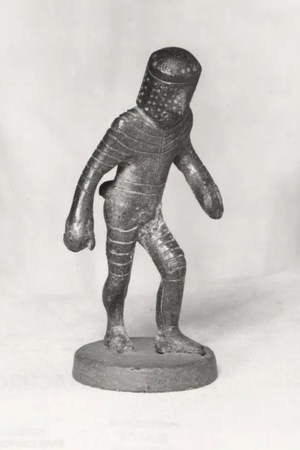 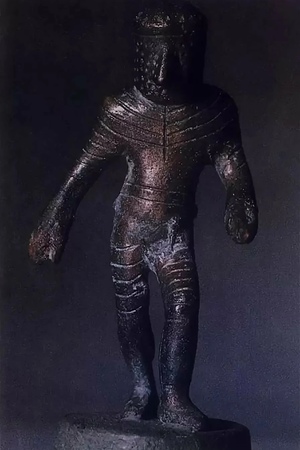