The term "dux" (Latin: dux) had several meanings. In the Roman Republic and later the Empire, including the Eastern (Byzantine)Empire so called the military leader. Later, this term was also used in some European languages. The English title "duke" corresponded to the duke, the Italians used the titles "doge", that is, doge (head of state in the Italian maritime republics) and "duce", duce (leader). In the early Middle Ages, this term referred to the military leaders of the Lombards — an ancient Germanic tribe that founded the kingdom of the same name in northern Italy during the Great Migration. It lasted for about two centuries, and then it was captured by the Franks.

During the Roman Republic, this term denoted any military commander, including a barbarian, but dux was not formally a military rank.

The term was first introduced by Gaius Julius Caesar in his Notes on the Gallic War, referring to the Celtic generals. During the Roman Empire until the third century AD, the dux was not a formal expression of rank in the Roman military or administrative hierarchy. In the Roman army, a dux could be a commander over two or more legions. As a governor, Dux could serve as both the highest civilian official and the commander-in-chief of legions stationed in a given province.

From the middle of the third century, the term began to take on a clearer meaning. They began to designate the commanders of vexillationes-formations, most often in the size of one or two cohorts, separated from the legion as an independent force. This happened in special situations, when it was necessary to strengthen a certain direction or section of the border, but it did not make sense to send an entire legion.

Starting with the Emperor Gallienus (reigned 253-268), a dux could only be a member of the equestrian class with the title "vir perfectissimus", thus surpassing the commanders of provincial legions who had the title"vir egregius".

During the dominant period, Dux's power became purely military, commanding one or more units of the Roman army, not reporting to the governor of the corresponding province, who, after the reforms initiated by Diocletian, became a purely civil official.

By the end of the third century, the term “dux " began to denote the highest military commander of the limitans (border troops) of one military district. One of the components of Diocletian's reforms was the organization of the Roman provinces into large compounds-dioceses. During the fourth and fifth centuries A.D., the structure of the Roman army's supreme military command was repeatedly changed, so the diagram below is approximate.

The highest military rank of the diocese was Magister militum( Latin: magister militum), under which the duxes of the corresponding military districts were subordinate. The dioceses were grouped into several large units, known as Praetorian prefectures, under the command, respectively, of the Praetorian prefects, to whom the masters of the militum of the dioceses belonging to the respective prefectures were subordinate. 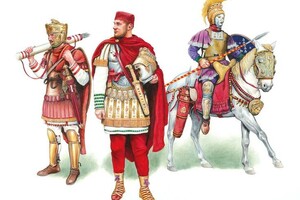 Roman military chiefs of the Empire

In the Eastern Roman Empire (Byzantium), the term dux was still used to refer to a military rank. Since the fifth century, the Dux commanded field armies.

In several provinces of the Eastern Roman Empire, the Dux were given both military and civil powers, but in most cases the Dux acted only as military leaders.

By the seventh century, the term dux began to refer to junior officers, but from the second half of the tenth century it was again used to refer to the highest military leaders at the head of military districts of the late Roman and early Byzantine empires - ducats. After the 12th century, the term dux began to refer to the heads of fem-military and administrative districts of the Eastern Roman Empire (Byzantium) created in the middle of the 7th century to protect the eastern borders of the empire from attacks first by Arabs, and later by Seljuk Turks.

The Notitia Dignitatum, a late fourth — and early fifth-century work containing, among other things, a list of the highest military positions of the Roman Empire, mentions about 25 Duxes. 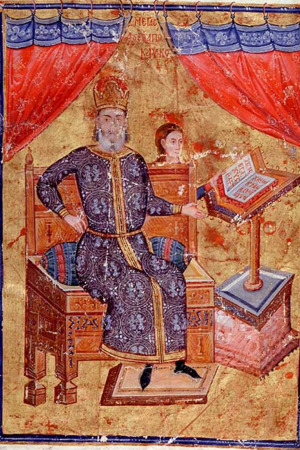 Notification Dignitatum, Dominant, Soldiers of the Roman Empire of the Dominant era, Limitans