Saturnalia (Latin Saturnalia) — an ancient Roman holiday in honor of Saturn, which was associated with farming and the first successes of culture. It was originally celebrated on December 17, and later the celebrations were extended until December 23. 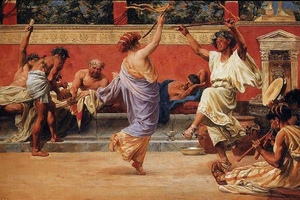 The festival was held annually on December 17. This was the time when the agricultural work was coming to an end and everyone was eager for rest and festivities in connection with the end of the harvest. In 217 BC, it was slightly modified on the model of the Greek kronii, lectisternia and the custom of standing bareheaded during the sacrifice were introduced.

The ceremonial part of the festival had an original Roman character. The public festival began with a sacrifice in front of the temple of Saturn in the forum, followed by a religious feast. It was attended by senators and horsemen dressed in special robes. In families, this day began with a sacrifice. The streets were filled with crowds. Exclamations of Io Saturnalia (pronounced [i. oː sattʊrˈnaːli.a]; this was called clamare Saturnalia) were heard everywhere. Everywhere there was fun, candles were lit, and the "queen of saturnalia" and "king of saturnalia"were chosen. People exchanged gifts, including cerei (wax candles) and sigillaria (figures made of terracotta or dough). Cerei served as a symbol that the festival of saturnalia fell at the time of the winter solstice (bruma). Sigillaria were a relic of the rite of sacrifice to Saturn. Festive entertainment lasted up to 5-7 days. 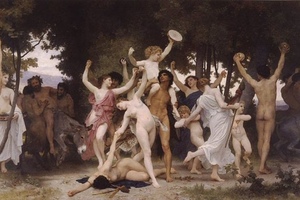 During saturnalia, public affairs were suspended, students were excused from classes, and criminals were forbidden to be punished. Slaves received special rights during these saturnalia days: they were exempted from ordinary labor, had the right to wear a pilleus, were allowed to eat at the common table in the clothes of the masters, and even accepted services from the latter. According to Marquardt, it was a slave festival. These days they are essentially in rights with their masters in honor of the universal equality that existed under Saturn.

Many ancient historians note the relationship of Saturnalia with the December holidays of other European nations, for example, festivities on Christmas Eve and Feast of Fools, with Yule, Christmas, etc. Many of the rites were included in the Christian Christmas. So Saturnalia can also be called the ancestor of the New Year.