Stola (Greek: στολή; stola) — a type of ancient Roman women 's tunic, which was worn by matrons over the lower," inner " tunic (tunica interior). The lower tunic was worn over the head of the body and reached to the ankles. Since it was worn by matrons, the table was a symbol of legal marriage. Also from this word came the term "femina stolata", which denoted honorary married Roman women. The word "table" itself comes from the Greek language (στολή) and originally meant any clothing, both women's and men's. 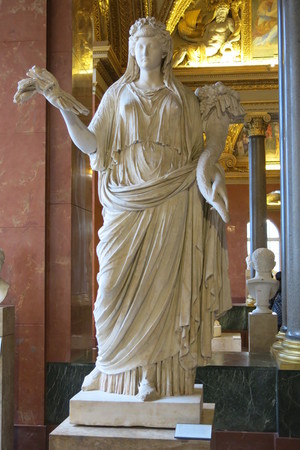 Statue of Livia, wife of the Emperor Augustus, in the image of Ops with a stola. Louvre Museum, Paris, France. 58 BC-29 AD 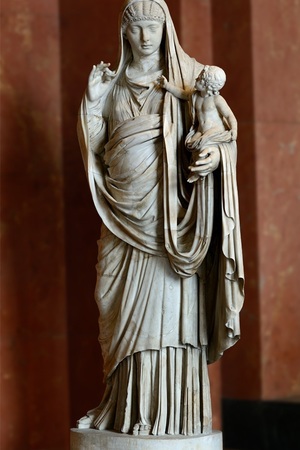 Valeria Messalina with her son Britannicus in the table. Paris, Louvre, inv. № Ma 1224. Found in the vicinity of Rome. Around 45 AD. 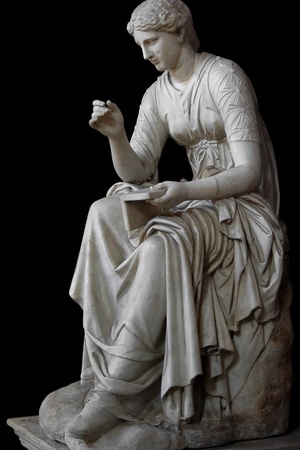 The bottom of the table could be richly decorated with embroidery. Sometimes the upper part of the fabric could be bent in the manner of a peplos, but more often the edges of the fabric were fastened on the shoulders with fibulas or buttons, a row of which could reach the elbows. The table, unlike the inner tunic, had no sleeves. It was belted well above the waist, while creating a set of folds.

During the reign of Emperor Tiberius (42-37), it began to go out of fashion. 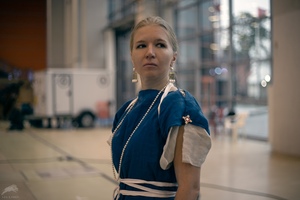 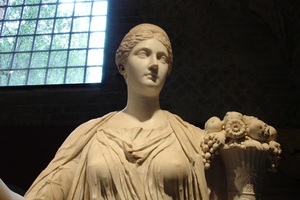 Portrait of Vibia Sabina in a desk, wife of the Emperor Hadrian. Paris, Louvre Museum. Found in Gabia. Part of the Borghese collection. The head and torso are parts of various statues. 2nd century AD 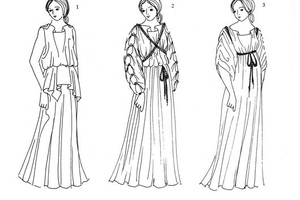 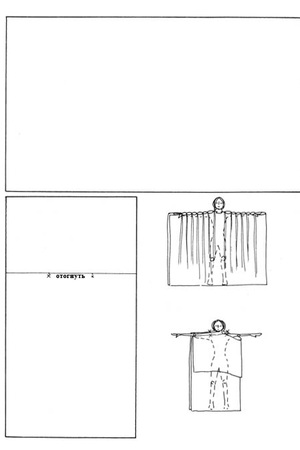 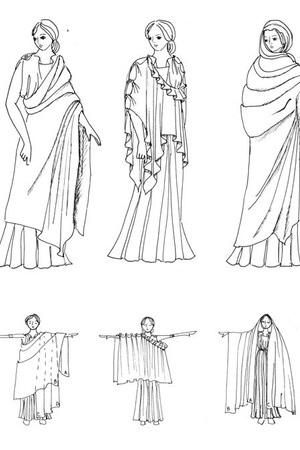 Scheme of wearing tunics and pallas