Strophium (Latin strophium) is a female breast band, an analog of a modern bra.

Initially, strofium appeared in Greece and was a leather bandage on the chest for sports. Fixing the breasts made it possible to avoid the inconvenience associated with their excessive inertia during sudden movements, and made it easier to play sports or active games. This type of clothing was quickly adopted by Roman women and became especially popular among young unmarried girls. It is assumed that strofium was used for the same purpose by gladiatresses in battles and in training. Neither cloth nor leather strophiums had clasps and were tied in a knot.

It is also known about the existence of another type of bandage on the chest — mamillare (Latin mamillare). It is assumed that the main difference from strophiumwas less breast-tightening. 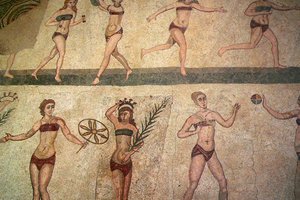 The stanzium is especially necessary for the reconstruction of moving images — gladiators, dancers, gymnasts. It is recommended to sew it from a thin linen cloth, so that you can wind the fabric in several layers and easily tie it in a knot for attachment to the body. To make a strophium, you will need a piece of fabric about 3 meters long (to save money, you can sew it from several pieces) and a width of 20-30 cm (this parameter is individual and selected for comfort reasons). The ends of the canvas can be narrowed to make it easier to tie them, and it is desirable to bend the fabric around the perimeter and sweep it for a more neat look. It is also possible to create strophium from fine wool or leather. 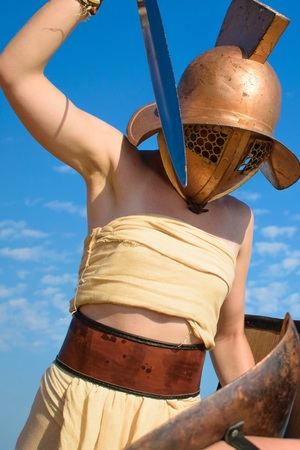 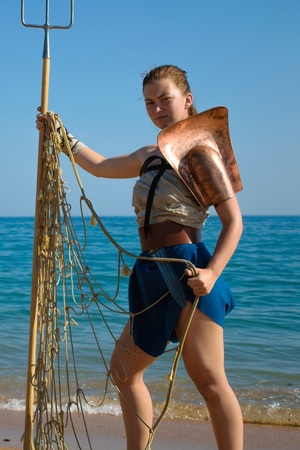 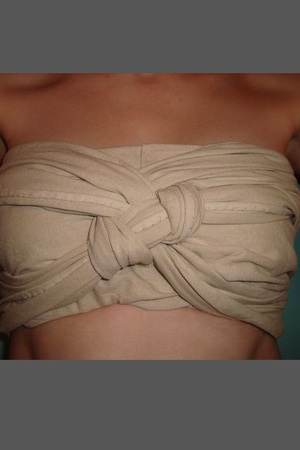 Strop, reconstruction, and a possible way to tie a knot.

A woman in Ancient Rome, Gladiator