Tesserary (from Lat. tessera-clay tablet) - commander of the guard in the Roman army, also performed administrative functions. The Tesserary was a principal-a junior officer, reporting directly to the centurion.

There was one tesserary for each century. He was responsible for the reports and reports of the guards of his unit, which were received by senior officers, was engaged in organizing duties, as well as storing and transmitting passwords that were recorded in tesserae, which is where the name of this military rank came from. He received a salary one and a half times higher than a regular legionnaire. During the Republic, according to Polybius, a tesserary was simply a legionary who was chosen to be on duty for one night and entrusted with a password.

The Tesserary's appearance was probably no different from that of a mere legionnaire. A fairly large number of bas-reliefs were found, where a wax tablet is stuck behind the legionnaire's cingulum-probably the tesserae on the bas-relief is a sign that it depicts a tesserary, but there is no direct evidence of this. 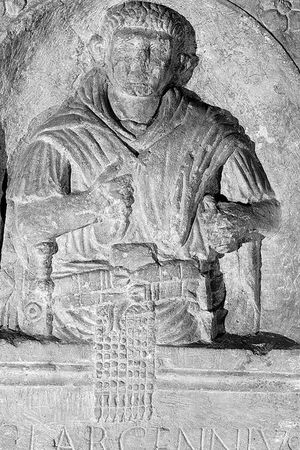 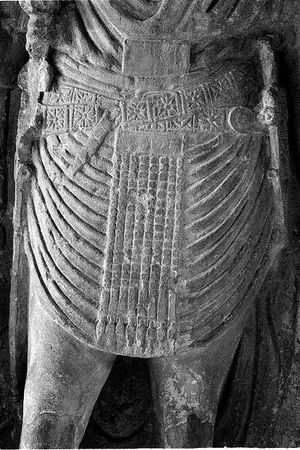 Fragment of the stele to Annaius Daverzus, which depicts a soldier from the 4th cohort Delmatarum (cohors IIII Delmatarum) with a tessera. Early 1st century AD