Venator (Latin: venator) — a type of ancient Roman gladiator who specialized in show hunting of animals, but did not fight them in close combat, unlike bestiaries. Venators often performed tricks with animals: they put their hand in the lion's mouth, rode a camel with lions on a leash, and made an elephant walk on a tightrope (Seneca Ep. 85.41). Venators were not gladiators in the usual sense, but their performances were part of gladiatorial fights. 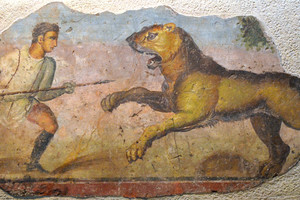 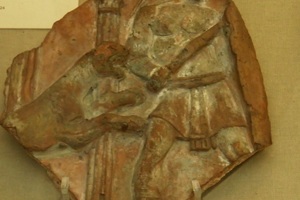 Terracotta bas-relief with a venator or bestiary. The British Museum. 1-2 century AD