This section is devoted to useful literature materials related to the direction of"Ancient Greece". 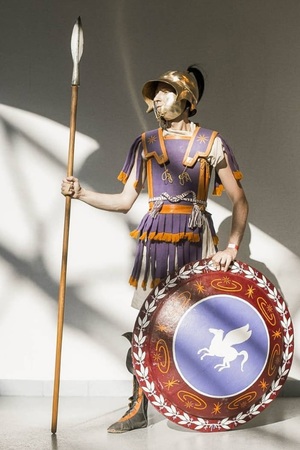 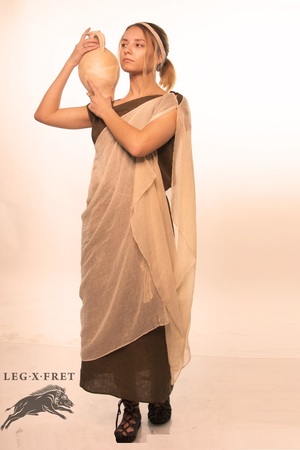 The book is devoted to the history, organization, weapons, tactics and traditions of the Greek armies of the VI-IV centuries BC. The publication includes color illustrations reflecting the features of weapons and clothing of soldiers of the period of the highest power of ancient Greece. It is addressed to a wide range of readers.

War is not the first thing that comes to mind when it comes to Ancient Greece. Sculpture, philosophy, drama - this is what the ancient Greeks are primarily famous for. Nevertheless, war was a constant factor that the Greeks had to take into account in all spheres of their activity: political, cultural or intellectual. War was the theme of most of the Greek comedies and tragedies that have come down to us, and warriors and fighting were a constant theme of Greek visual art. Much of classical Greek philosophy is devoted to the role of the Hoplite warrior - citizen.

To understand the role of Alexander the Great in history, it is necessary to briefly recall the events that shaped Greece's relations with Persia during the previous century and a half. The Greek cities of the Asian coast of the Aegean Sea were subject to the Lydian king Sardis, until Lydia was swallowed up by the rapidly expanding Persian Empire. The Persians, like the Lydians, were generally rather mild rulers, and the Greeks did not experience excessive harassment in the captured cities. But in 499 BC, a revolt broke out in the Lydian cities. The rebels received aid from the cities of mainland Greece, after which the Persian kings Darius and Xerxes made two unsuccessful punitive expeditions against Greece in 490 and 480 BC. e. The Persian invasions were repelled. Greece defended its independence. But the Greek cities were soon again mired in mutual hostility, and the long Peloponnesian War between Sparta and Athens (431-404 BC), with its temporary alliances formed and broken up, thoroughly exhausted Greece. And if the Persians were unable to take advantage of the Greek weakness, it was only because, after the death of Xerxes in 464, the Persians were unable to take advantage of the Greek weakness. Persia itself entered a period of intrigue and civil strife. Xerxes was succeeded by Artaxerxes I, who showed considerable diplomatic ability, but in 404 Persia lost control of Egypt, and this province was restored to the Persian Empire only by Artaxerxes III in 343 BC with the help of the Greek Mentor, a mercenary commander. During the last years of the Peloponnesian War, the Persian satraps (provincial governors) of Asia Minor, sometimes acting together, sometimes independently, supported Athens or Sparta, thereby weakening both rivals in an endless hopeless war. For example, the Athenian defeat of 404 BC occurred because the Spartan admiral Lysander (Eysander) received from the Persians a considerable sum for the construction and equipment of the fleet...

A fundamental study of Greek sensuality based on ancient sources. Such topics as eroticism in Greek literature, eroticism and Greek religion, Greek homosexuality, and much more are covered in detail. Published in the late 1920s, Licht's monograph has endured many reprints, has been translated into several languages and has not lost its relevance. The book is of interest both for specialists (classical philologists, historians of ancient culture, philosophers) and for a wide range of readers.

In this sumptuous guide to twelve centuries of military development, Peter Connolly combines detailed descriptions of the armaments and armies of Greece and Rome with his superb full-color artwork. Using fresh archaeological evidence and new material on the manufacture and use of weapons from that period, the author presents an attractive and impressive volume that is both scientifically and beautifully presented with illustrations that are, quite rightly, recognized as the best and most accurate representation of how soldiers from these formidable military empires emerged. Greece and Rome at war clearly demonstrate the face of battle in the ancient world. Covering the wars between the Greeks and Persians and the epic struggle between the Romans and their most capable opponent, Hannibal, as well as organization, tactics, armor and weapons, and more, this superb work brings together the armies of Greece, Macedonia, and Rome vividly alive. This new revised edition contains a Foreword by Adrian Goldsworthy 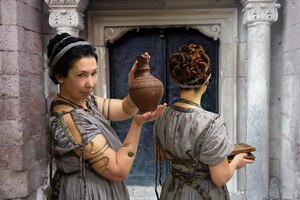 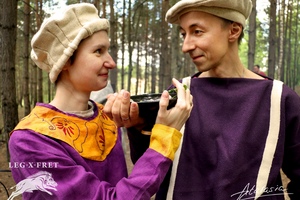 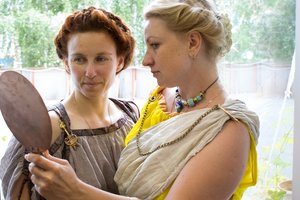