Men's clothing of the ancient Greeks was distinguished by simplicity and elegance. The basis of the men's wardrobe was a chiton, tied with a belt above the waist, over which a himatium or chlamydia was thrown, and sandals were worn on the feet. Pleats on clothes were often beautifully laid in intricate draperies and sewn or fixed with fibulas.

The length of the chiton was dictated by the social status and occupation of the man, the chiton could be above the knees or up to the feet. Short tunics were most common among men, especially in the military class. The ancient Greeks used to wear belts that tightly cinched the waist, but over time they went out of fashion and became an optional part of the wardrobe.

Over the chiton, the Greeks often wore a cape. It could be a long and spacious himation, fixed on the chest and thrown over the back, or a short chlamydia, which was fastened with a fibula at the neck. The manner of wearing the cloak depended on the specific area: in Athens, chlamys were allowed to be worn only by young men who had not reached the age of majority, in Sparta, they were worn everywhere by all men, regardless of age. It should also be noted that both the himatium and the chlamydia could be worn on the naked body, without the chiton.

Despite the variety of shoes, the ancient Greeks were often able to walk barefoot, and sandals were the most popular. In addition to them, there were thick-soled boots, leather boots that reached to the middle of the shin, and other rough shoes that were most often used for riding. 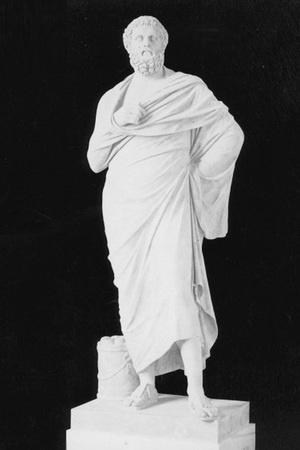 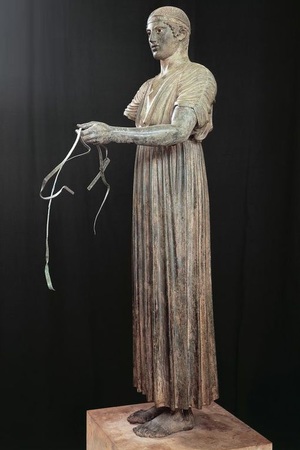 The charioteer. Part of a bronze sculptural composition – dedications of Sicilian tyrants to Delphi. Delphi, Archaeological Museum. Around 470 BC. 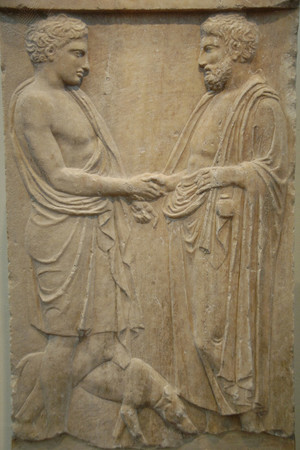 Greek bas-relief. Found in Athens. Kept in the National Museum of Athens, Greece. Around 400 BC.

The most common clothing items of the ancient Greeks: 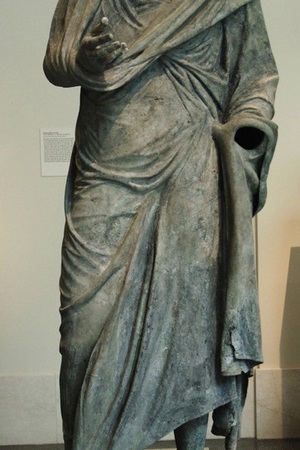