Chlamydia, chlamys (other Greek :λλαμύς) — upper men's clothing of the ancient Greeks, which was made of woolen fabric and differed from the rectangular himaty in smaller size, cut and method of wearing. Chlamydia was an oblong cape that was worn around the neck with a short side, and fastened with a fibula on the chest or right shoulder.

Initially, the chlamydia was considered a Northern Greek (Thessalian and Macedonian) clothing, but later spread everywhere. The chlamydia was worn by Spartans and Athenian Ephebes (boys under the age of 20), as well as in all Greek states by hunters, travelers, horse riders and soldiers. Chlamys were sewn from various types of fabric, monochrome and variegated, and also decorated with various patterns and drawings. So, the chlamydia of the Ephebes was yellow and saffron, the soldiers — red, the actors ' it was embroidered with gold. 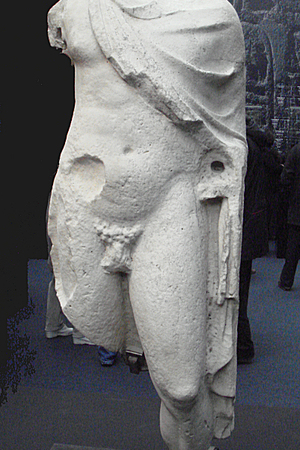 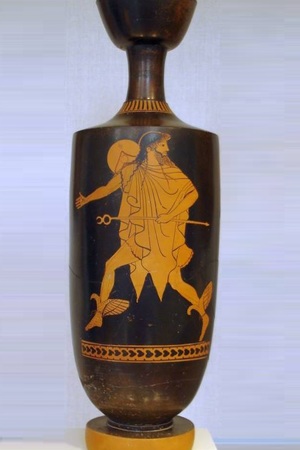 Hermes, dressed in a chlamydia. Attic red-figure lekif. Around 480-470 BC.