Latrine (Latin: latrine) is a public toilet in ancient Rome. There is also a similar term forica. Extant written sources say that forica is a multi-bed public toilet, and latrina is a private one, but there are no clear differences between the two terms. State public toilets were often arranged in places where the public gathered: in thermal baths, palaestra, theaters. Visits to such establishments were usually cheap or free – the emperors in Rome or the rich citizens in other cities of the Empire who sought popularity with the Plebs paid for their work from their own treasury.

However, not all city thermal baths had public toilets. In Ostia, for example, only six of the fourteen baths had toilets. Often there were not enough toilets for the expected flow of visitors: in rather large Bai thermal baths, the restroom was designed for 6-8 visitors. But in Pompeii, phorics were used at all five thermal baths, as well as at the Palaestra, the Bolshoi Theater (in the era of Augustus, theaters in Rome and Ostia did not have toilets at all), and at the Civil Forum.

Since the middle of the 1st century AD, many more latrines designed for many people are being built. For example, the lavatory at the Palaestra in Hellenistic Salamis in Cyprus could accommodate up to 44 people. 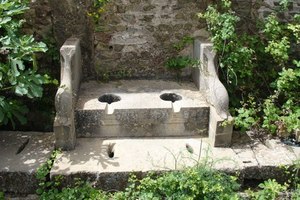 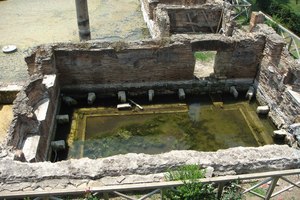 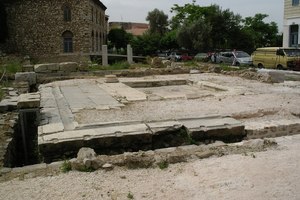 Latrina on the small Roman Agora in Athens had 68 seats. 1st century AD

In total, more than 140 latrines were found in Rome during the late Empire, in Ostia-more than 60, and possibly more than 80. They were not always located near sewers and had an instant drain to the sewer, many more latrines were not equipped with a drain at all.

The public toilets in Ostia were very modestly decorated, apparently, for the developer or owner, beauty was no longer so important. However, latrines at colleges or other men's" interest clubs " — whether business, social or industrial — always look much better. Cold stone or marble benches (at the initial stage of the formation of the foric standards, and later in areas where the poor lived, such as the Roman Subura, there could be wooden ones) did not suit everyone. There is an assumption that many rich people sent their slaves to the public toilet a little earlier, so that they heated the place for the convenience of the owner.

Usually latrines and forics were quite open — there were no dividers between the seats. The distance between places could be quite small – about 30 cm, while the ancient Romans did not experience any inconvenience due to such proximity. The same distance was between people on benches in theaters and amphitheatres, which means that it was not considered a violation of personal space. Probably, some protective role was played by ancient Roman clothing, in this case favorably distinguished from modern ones: the floors of the tunic or toga were used to shield the toilet visitor from the neighbors.

There were practically no public toilets with separate booths or even just partitions. As an exception, we can mention the toilet in the thermal baths in the House of Laberia — a large luxury villa in Utina, in the Roman province of Proconsular Africa (now Udna in Tunisia). 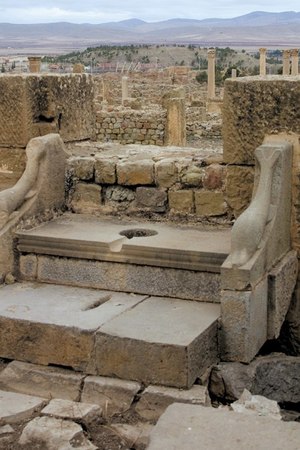 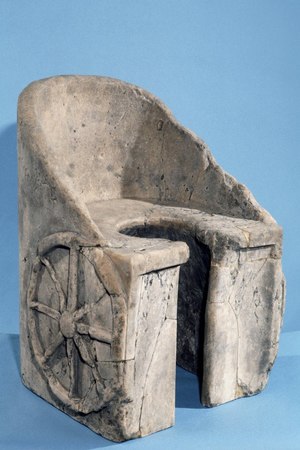 Marble chariot seats for latrina from the baths of Caracalla. The British Museum. 3rd century AD 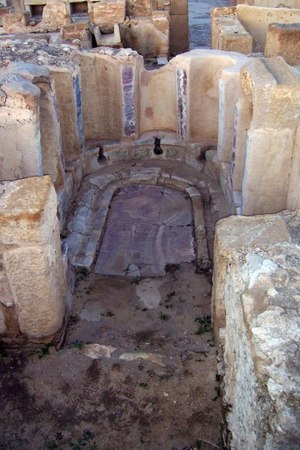 At the same time, in the ancient Roman city of Tamugadi (Timgad), located in North Africa (in modern Algeria), we see similar quite individual seats (restored and reconstructed) in the public toilet at the forum.

Thus, it is worth noting the rather high sanitary and hygienic standards of the Roman state, where the development of infrastructure allowed us to engage in the arrangement of such an important thing as toilets. 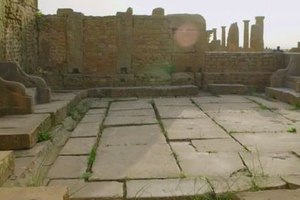 Latrines located in the Roman city of Tamugadi/Timgade (North Africa)