Parazonium is a short, double-edged sword that is usually used by senior officers. It had more status significance than practical use as a weapon. The handle of the parasonium was often decorated with a relief pattern, and several swords with an eagle-shaped handle were found. The blade had a leaf-shaped shape with a length of about 30 cm, and this sword was even shorter than the gladius, and in many respects its characteristics are close to pugio.

Similar blades appeared in ancient Greece as auxiliary weapons. During the Roman Empire, the parazonium became primarily a status weapon in the legions — it was worn by the command staff and top military commanders. 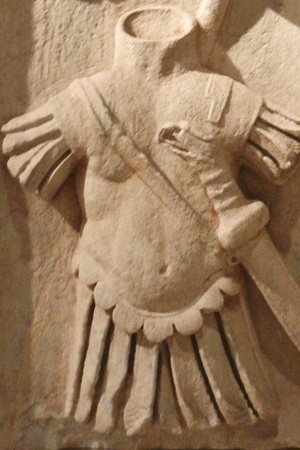 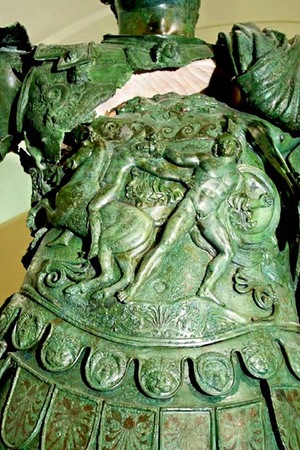 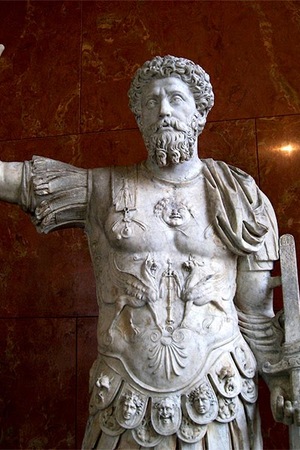 Statue of Marcus Aurelius with parasonium, Second half of the 2nd century AD.

Unfortunately, there are very few finds on this type of sword, but nevertheless, from what is known, several interesting features can be distinguished. Instead of the classic gladius handle, the parasonium had a rather complex shape. According to an iso and Pompeian find, it could have been shaped like the head of an animal, in particular an eagle, and could have been cast in bronze. 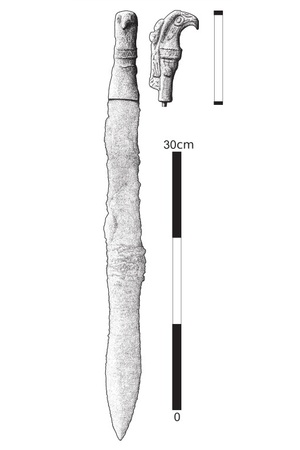 Parazonium with the eagle's head from Pompeii (Regio VII, Insula 7). Second half of the first century AD

Also worth noting is an interesting pictorial source on the handle of the parasonium. It was found in the ruins of the ancient city of Lucentum on a hill 3.5 km northeast of the historic center of Alicante (Valencian Autonomous Region, Spain). Since the first century BC, the city has been experiencing its highest prosperity. At this time, the city walls were demolished, a forum, thermal baths and shopping malls were built. The statue, which belonged to the bronze hand, was installed in the city forum in the first or early second century AD. Most likely, it depicts the Roman emperor or his relative from the Julius-Claudian, Flavian or first Antonine dynasties. The statue fragment presented in the museum was found at the northwest gate of the Roman forum, in the archaeological layer of a fire in the middle of the third century AD.

The statue was made of bronze, and the noble Roman himself held an attribute sword in his left hand - a parasonium. The handle is notable for its shape - this is one of the first images of a double-headed eagle used in the design of the pommel of this weapon. 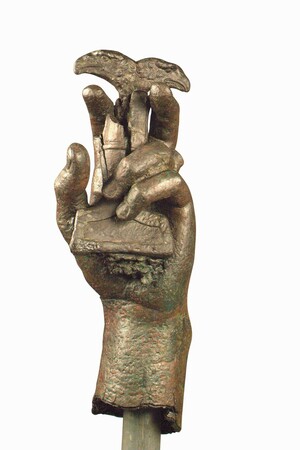 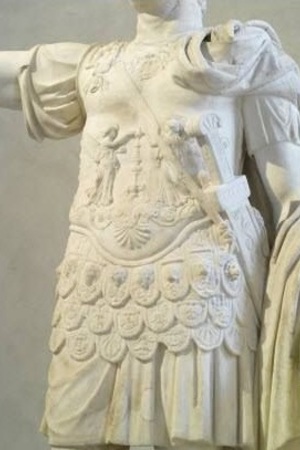 Statue of the Emperor Titus with parasonium. Second half of the 1st century AD 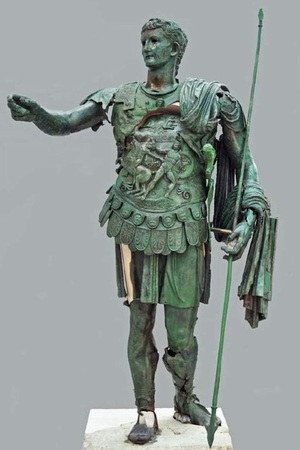 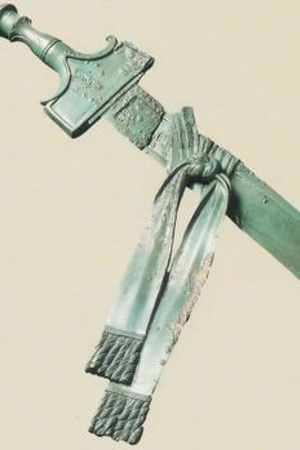 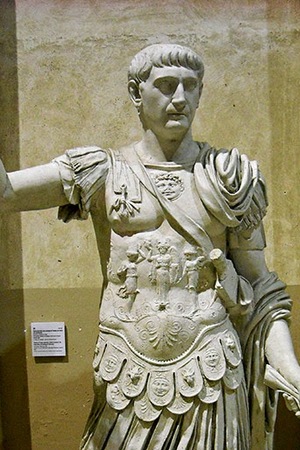 Statue of Trajan with parasonium. First half of the 2nd century AD 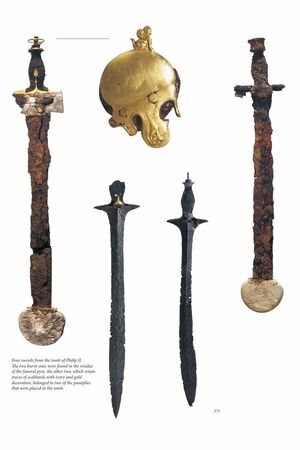 Greek swords from the tomb of Philip II. 4th century BC 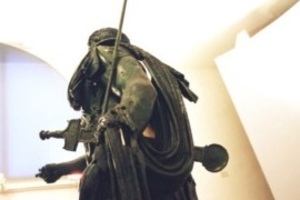 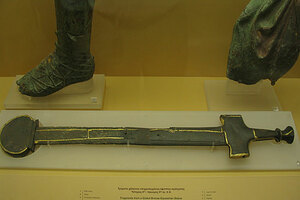 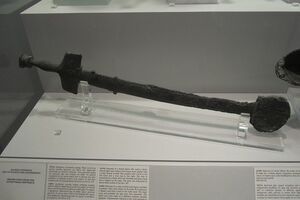 Bronze sword from Greek with a Greek statue. 4th century BC 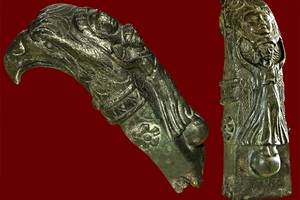 Bronze eagle head, presumably from the handle of a parasonium. Found in the Pompeii Theater. Second half of the 1st century AD