Spatha — a straight and long double-edged sword, ranging in size from 75 cm to 1 m. It was used on the territory of the Roman Empire from the first century AD until the collapse of the Empire.

Initially, in the Roman army, the spata was mainly a cavalry weapon, since the gladius was too short, and the rider could not hit the enemy on foot with it. In addition, the spata, unlike the gladius, was intended for both piercing and chopping blows. During the late Empire, due to the change in tactics of legionaries and barbarization, spata finally replaced gladius and began to be used, including by infantry, since outside the dense legionary system, gladius was much inferior in all parameters to Celtic or German swords. In fact, the spata, adopted by the Romans in the 3rd century for infantry, was an intermediate variant between the gladius and the barbarian long spata. Due to the shown effectiveness of this type of weapon, it became the main sword of the Great Migration of Peoples and was transformed into swords of the Vendelian and Carolingian types. The old Roman military workshops on the Rhine produced spats en masse. 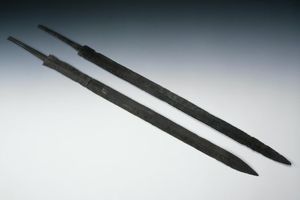 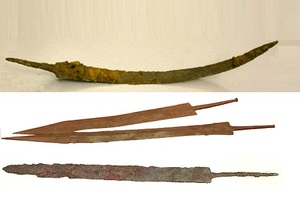 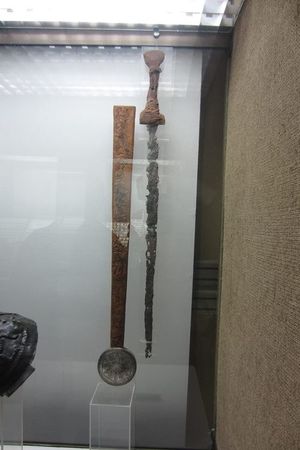