There is a version that the Romans adopted the gladius as the main melee weapon from the inhabitants of the Iberian Peninsula (presumably the Celts), modifying it to suit their battle tactics. Such a sword was called Gladius Hispaniensis (from Latin. - "Spanish sword"). The very same word "gladius". probably. It comes from the Celtic" kladyos "("sword"), although some historians believe that this term may also come from the Latin clades ("damage, wound") or gladii ("stalk").

The piercing form of the gladius and its short length was due to the inability to deliver effective chopping blows in a closed legionary formation. Outside of a tight infantry formation, Gladius was inferior to Celtic swords in many ways . It was used by the Romans as the main type of weapon until the 3rd century among infantry, after which it was replaced by the spata, which was an intermediate version between the gladius and barbarian longswords. This change was also influenced by more global processes taking place in the Roman Empire, for example, "barbarization" and a change in the military tactics of using infantry. As a result, the spata became the main sword of the Great Migration of Peoples and was transformed into swords of the Vendelian and Carolingian types.

Gladiuses were used mainly by representatives of the Roman army: legions, auxilia, and gladiators.

For a long time, the gladius did not remain unchanged: it was constantly modified in a certain way. To date, there are several types of ancient Roman swords:

The earliest type of this weapon and at the same time the most common among the finds. The total length is about 75-85 cm, the blade length is 60-65 cm, the blade width is 5 cm, the weight is about 900-1000 g. The blade has a characteristic leaf-shaped shape with a bend. Period of use: 216 BC-20 BC The heaviest and longest gladius.

A sword with an elongated tip and a small" waist " of the blade; the total length is about 65-70 cm, the length of the blade is 50-55 cm, the width of the blade is 7 cm, the weight is about 800 g. This type of gladius is named after the place of its first discovery-the vicinity of the German city of Mainz. Period of use: 13 BC-early 3rd century AD

Similar to the Mainz type, the main difference is a triangular tip and a narrower blade. The total length is about 65-70 cm, the blade length is 50-55 cm, the blade width is 6 cm, the weight is about 700 g. The first samples were found in the UK in the city of Fulham. The shape of the blade is an intermediate option between "Mainz" and "Pompeii". Often this type of gladius is not singled out as a separate one, and is considered a variation of the "Mainz" type. Period of use: 43 AD – 100 AD.

A blade with parallel blades and a triangular tip, very similar to another type of Roman sword-spata, but inferior to it in length. The total length is about 60-65 cm, the length of the blade is 45-50 cm, the width of the blade is 5 cm, the weight is about 700 g. The period of use: I – V century AD. The blade received this name due to the fact that its first samples were found during excavations at the site of the ancient Roman city of Pompeii, covered with a layer of ash. In comparison with the previous types of gladius "Pompeii" is the lightest and thinnest. 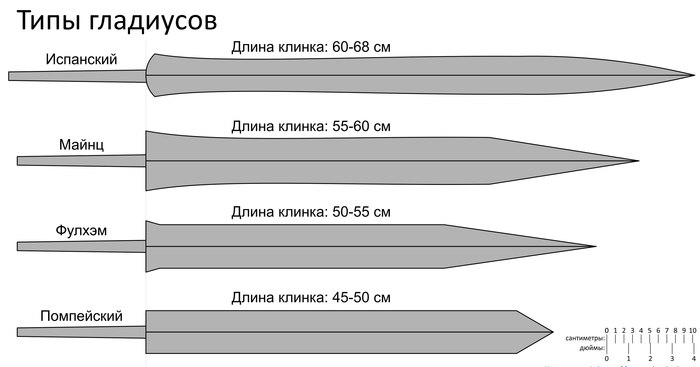 The center of gravity is shifted to the handle due to the increased spherical pommel (counterweight). This is generally accepted, but the remaining pommels are made of wood or bone - relatively light materials - and are not able to significantly change the position of the center of gravity; if such a task were really set, the pommel would have to be, for example, metal. However, archaeological findings do not confirm this. The tip had a fairly wide cutting edge to give the blade a greater piercing ability. It was used for combat in the ranks. It was possible to cut with a gladius, but chopping blows were considered preliminary: it was believed that you can only kill the enemy with a strong stabbing blow, for which the gladius was intended. 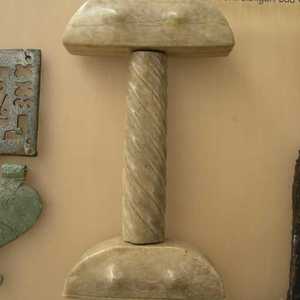 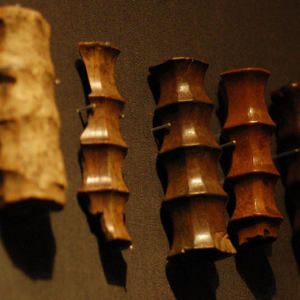 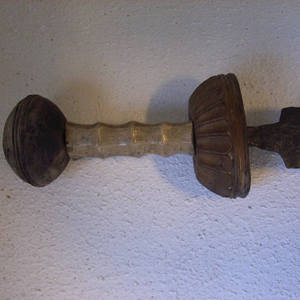 Gladiuses were most often made of iron, but you can also find mention of bronze swords. As the extant examples of Roman swords show, from the end of the II century AD and especially in the III century AD, gladiuses were already made of forged steel. Gladius was popular with the legionnaires, the heavy Roman infantry. The Velites (light infantry of the Romans) used gladiuses only as auxiliary weapons. In the hands of skilled warriors, this sword dealt quick and deadly blows, but its length allowed you to fight with the enemy only close. The most experienced legionnaires could use it to fence with the same skill as they could hack, cut, or stab. 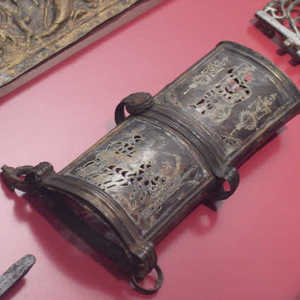 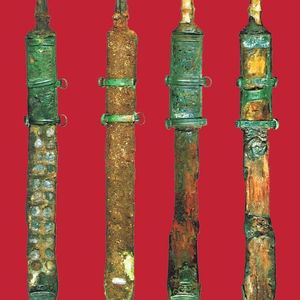 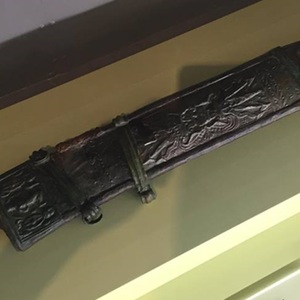 Gladius from Windisch-Switzerland. This sword was found in Switzerland and is now kept in the Vindonissa Museum (Vindonissa - Miks A790).

This type of weapon is perfect for legionnaires, Praetorians and auxiliaries. For more advanced warriors, such as Optionus or Centurion, it is also the primary one. But if we take into account senior officers, such as legates, then it is more appropriate to use parasonium. It should also be noted that gladius is not suitable for riders - they used longer weapons - spats. From images that are not related to the Roman army, gladius is also perfect for the reconstruction of gladiators. For safety reasons, it is allowed to blunt the edge of the weapon and its tip during reconstruction. 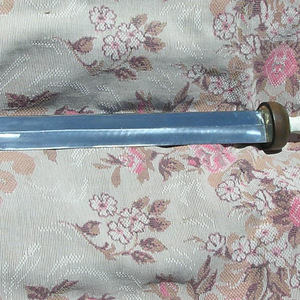 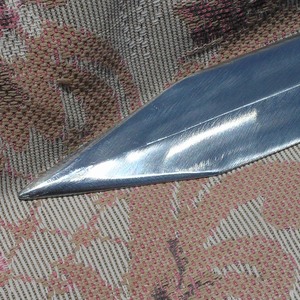 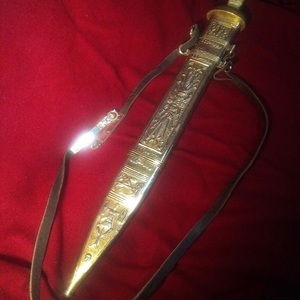 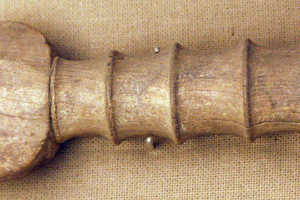 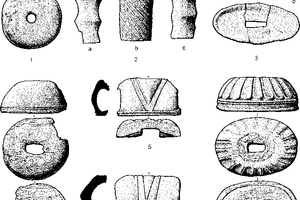 Gladius pommels from the Republic to the early Empire. On the left are the handles from the Spanish type, and on the right are the Pompeian ones. 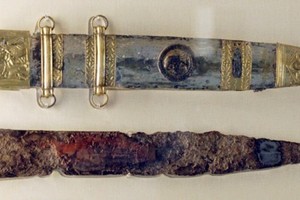 Gladius type "Mainz". It was found in the River Rhine, early first century. Also called the sword of Tiberius. The British Museum in London 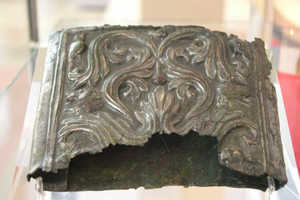 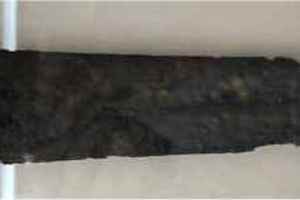 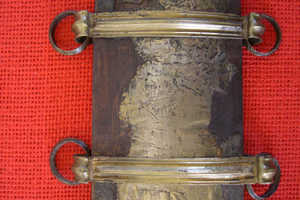 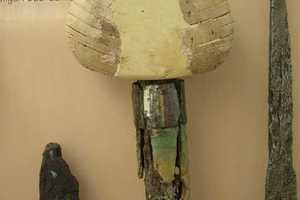 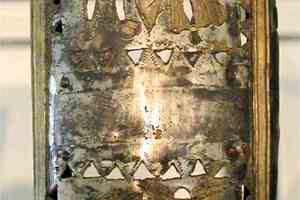 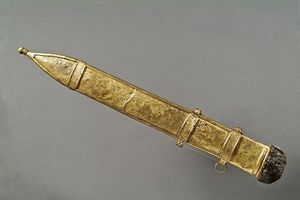 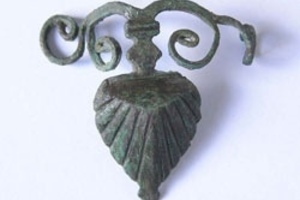 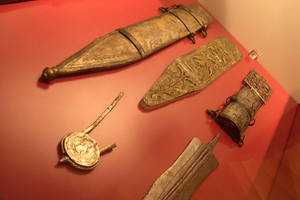 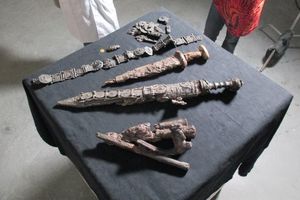 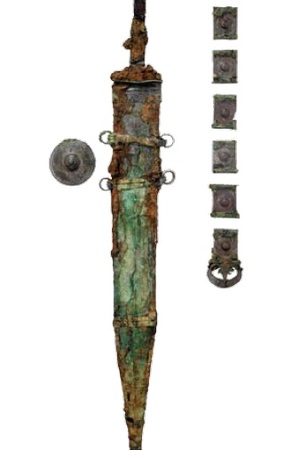 Gladius and cingulum. Second half of the 1st century AD, Catalog of finds of the Croatian part of the Danube Limes 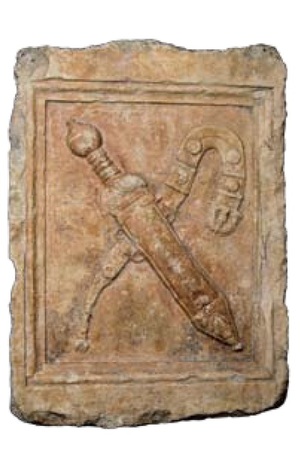 Tombstone bas-relief with cingulum and pugio. 3rd quarter of the 1st century AD, AMI Pula, inv. no. A-301 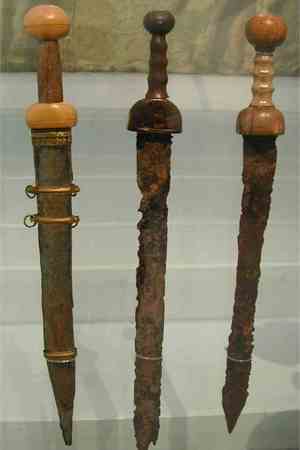 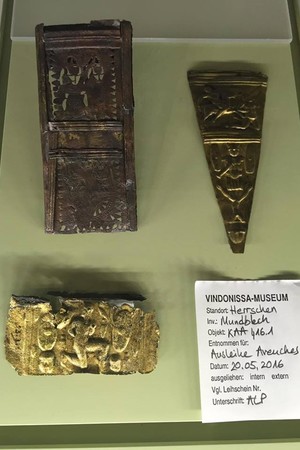 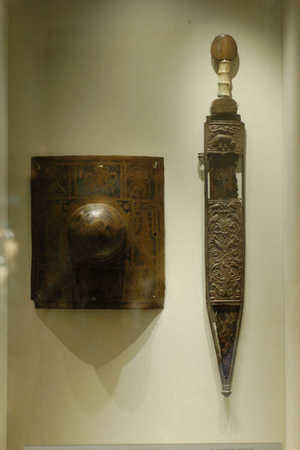 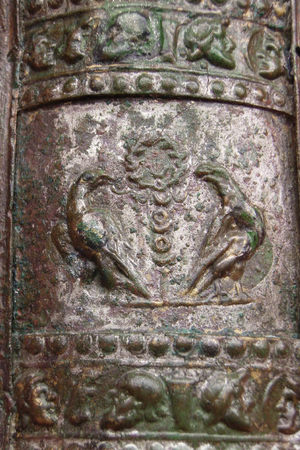 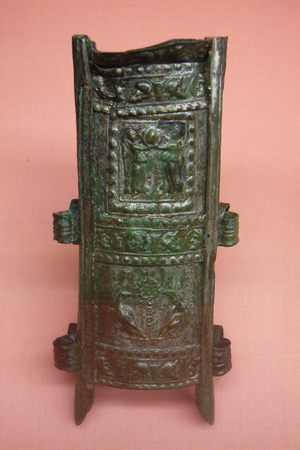 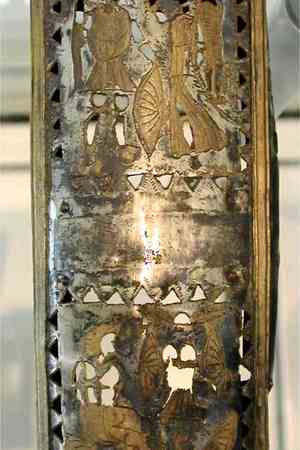