In the era of the Roman Republic , the construction of bridges was developed. Before the first century AD, two types of such structures were developed, the first being simple bridges with one or more spans, which we are used to seeing today in modern cities. The second type includes bridges with 2-3 rows of arcades, for example, such a bridge is the Bridge of Gardes in modern France, built at the end of the Republican period. 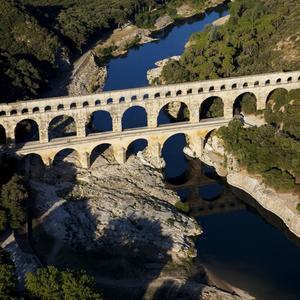 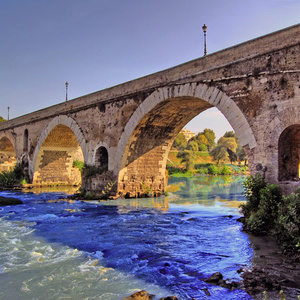 Notable examples of a single-tiered span bridge are the Mulvian Bridge, the Fabricia and Cestia bridges in Rome. The Mulvian Bridge dates back to 109 BC and is part of the Flaminian Road. The bridge is a six-span stone structure without any decorative elements. This building has been preserved to this day in a somewhat rebuilt form. The Fabricius and Cestius bridges in Rome connected the island of Tiberina on the Tiber River with the city: on the left bank – the Fabricius Bridge, built in 62 BC. The Cestia Bridge, built in 46 BC, but completely rebuilt in 370 AD by the emperors Valentian, Valens and Gratian, and completely remodeled at the end of the last century, led to the Trastevere area on the right bank (Staciolli R. A. Ancient Rome p. 60.). If we talk separately about the Fabricius Bridge, which has been preserved almost in its original form, it should be said that the architect of this building managed to introduce elements of the order that decorated the bridge abutments for decoration, and thereby soften their massiveness (Sokolov G. I. Iskusstvo drevnego Rima P. 44.). During the imperial period , there were nine stone bridges on the territory of the Roman state. 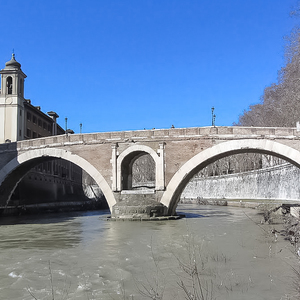 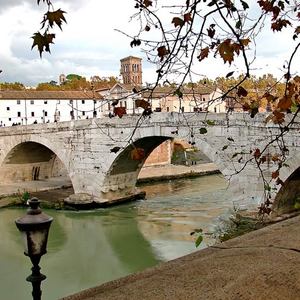