Rostrum – ram on warships of the ancient Roman fleet. Ramming into the side of an enemy ship was the main combat technique in naval combat. The ram was located below the water level, which made it possible to quickly sink the ship. The rostrum was also a war trophy. In the future, the concept of rostrum was transferred to the bow figure on the ship, but the tradition of displaying rostrums of defeated ships remained. A striking example is the rostral columns on Vasilievsky Island in St. Petersburg. 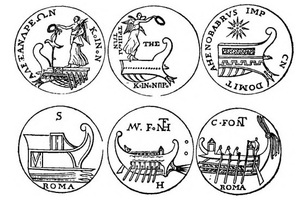 The rostrum was made mainly of bronze. The most common form was the trident. However, sometimes there are rams in the form of a boar's head. The best preserved antique rostrum is kept in a museum in Haifa, Israel. 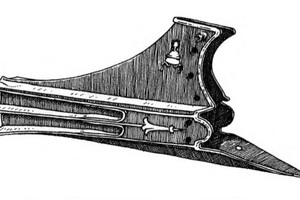 Ram from the Haifa Museum. drawing by I. V. Kirsanov 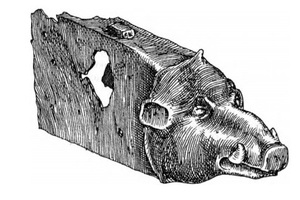 A ram shaped like a boar's head, found in the harbor of Genoa, Italy. Located in Armeria Reale (Royal Arsenal), Turin, Italy