Trident (Latin: tridens) — a type of antique weapon, which is a metal tip with three prongs on a long wooden shaft.

Like many other types of piercing and chopping weapons, the trident came from a peaceful working tool, namely a harpoon for catching fish. Initially, it was carved from bone, then forged from bronze and iron. In order to become a weapon, the trident underwent a number of modifications, as a result of which the hooks on the ends of the teeth that used to hold the fish disappeared. The trident was used in combat in a similar way to the spear-gasta, and it was also used to capture weapons and limbs of the enemy. This type of weapon was most widely used among retiarii, a type of ancient Roman gladiator.

In Greco-Roman culture, the trident is the most famous symbol of power over the sea and an indispensable attribute of the god Poseidon (Neptune).

There were not necessarily three prongs, but it is rare to find weapons of this type with a different number of piercing ends, for example, with five. 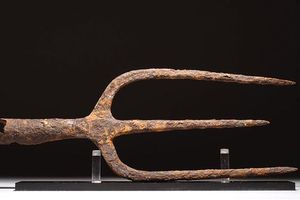 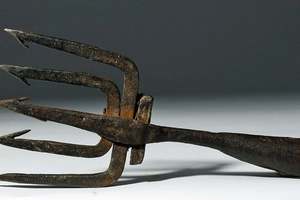 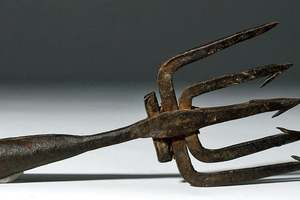 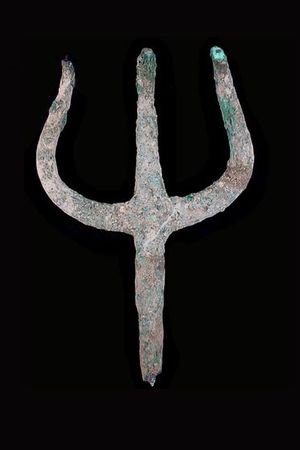