Retiarius — a gladiator armed with a net (rete, retia) and a trident (tridens, aka pitchfork - furcina), and practically unprotected by armor. Literally, its name translates to "fighter with a grid","netter". The net of the retiarius was round, had a diameter of about 3 meters, was weighted with lead weights at the edges, and may have been attached with a rope to the wrist. The retiarius was also armed with a pugio dagger, and sometimes used a quadrenx, a four — pointed fork, to finish off a defeated opponent. Since one of the main weapons of the gladiator was throwing (grid), it was sometimes called "yakulatorator" (iaculator, jaculator), that is, "thrower". The protective equipment of the retiarius consisted of a manica with a shoulder pad, sometimes cloth windings on the legs (fasciae), and clothing made of subligaculum and balteus. 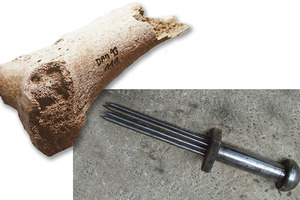 Bone of a gladiator killed by quadrens, found in a cemetery in Ephesus, and reconstruction of the quadrens. 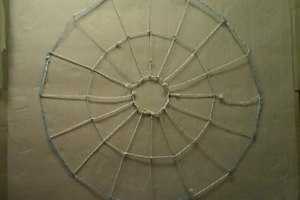 Example of netting a retiarium grid

Retiarii were often shown in gladiatorial matches, as their tactics were very different from the typical behavior of gladiator swordsmen due to their specific equipment, and it was interesting to watch such fights. The lack of a shield and helmet caused Grid to constantly move during combat, avoiding close attacks. In the event of a successful net throw, the retiarius could entangle, knock down and finish off the enemy. If the opponent caught the net and started pulling, the retiarius could cut pugio's rope and free himself. With the trident, the retiarii both attacked and repelled the enemy's attacks. Most often, retiarii fought against secutors and murmillons, such a battle symbolized the duel of a fisherman and a fish. Sometimes one retiarius opposed two secutors at the same time, then they were located on a special platform. It should be noted that the retiarii did not enjoy the sympathy of the public due to the lack of spectacular equipment and a rather cunning and sneaky manner of fighting. 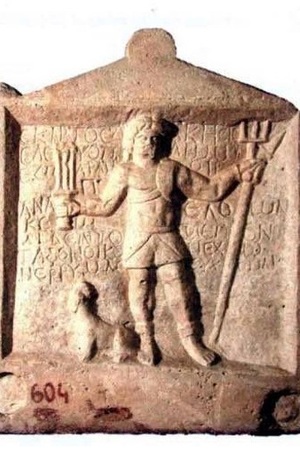 Tombstone of Retiarius Skirtos with a quadrennium in his hand. Constanta, Romania. 1-3 century AD 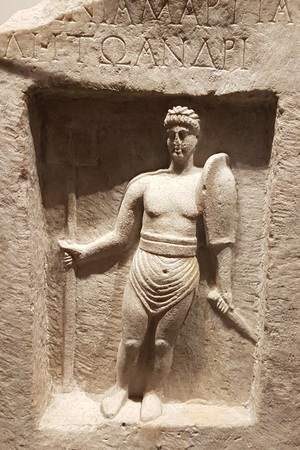 Bas-relief with a retiarium. Found in Smyrna. Second half of the 1st century AD 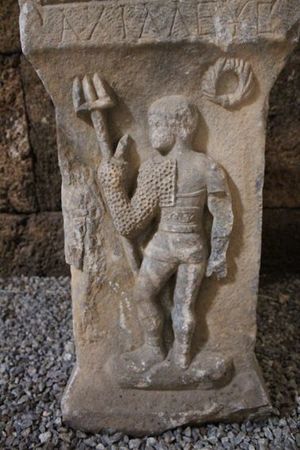 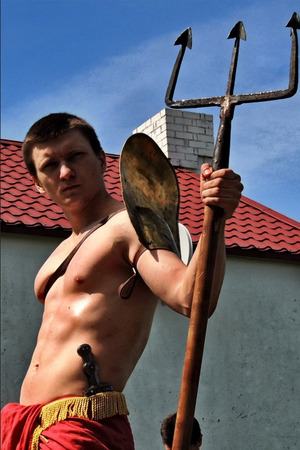 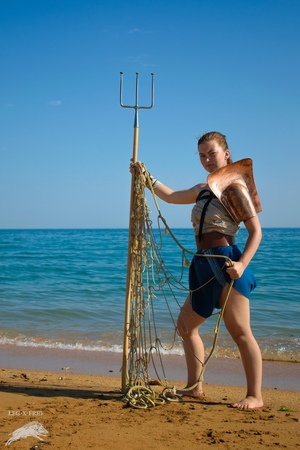 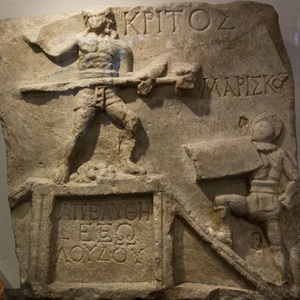 ΑΓΟΡΑΚΙΤΟΣ vs ΜΑΡΙΣΚΟΣ. Bas-relief with a battle on a hill. Bas-relief found in Turkey. Archaeological Museum of Trieste. 2nd-3rd century AD 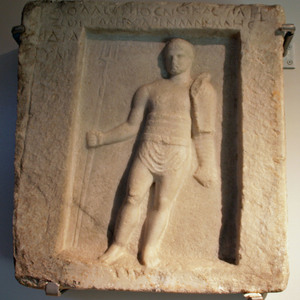 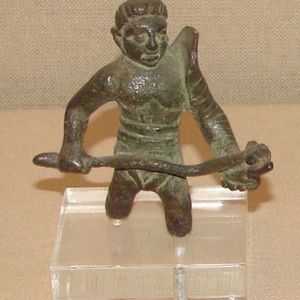 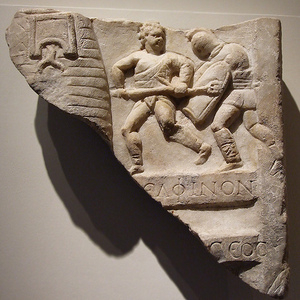 Fragment of a bas-relief with the battle of retiarius, 1-2 century AD. 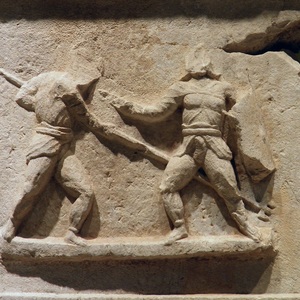 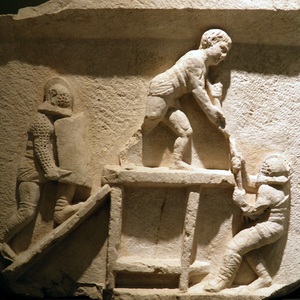 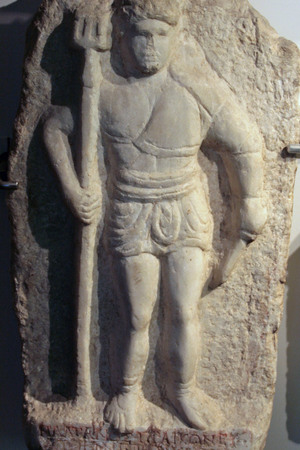 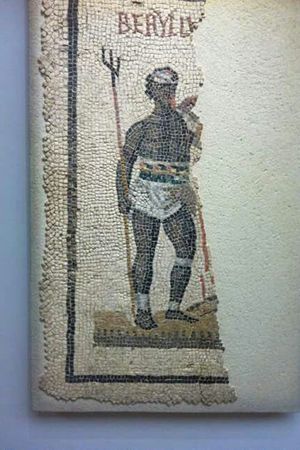 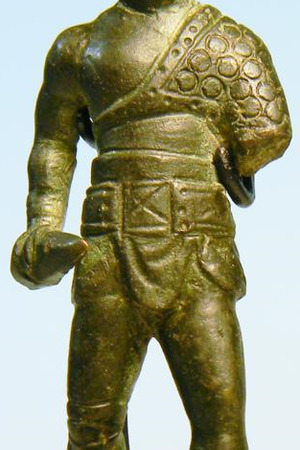 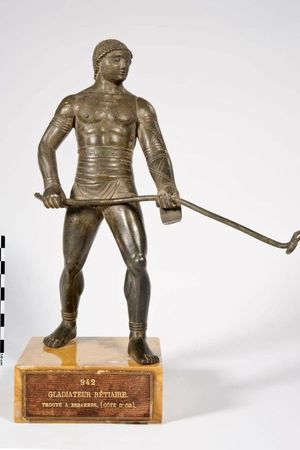 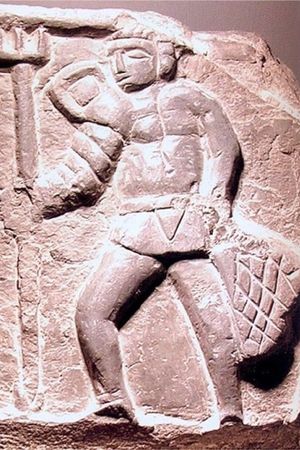 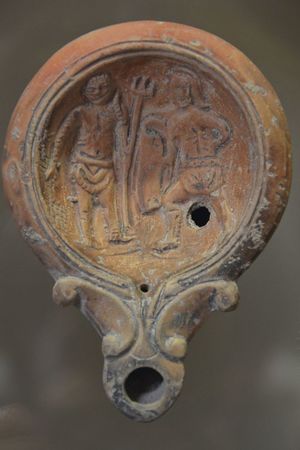