Thracian (Latin: thraex) — a gladiator armed with a shield and sword. Initially, this was the name of gladiators-natives of Thrace, then the name spread to a whole type of gladiator and a set of its weapons, regardless of the origin of the fighter.

Gladiator fights in Ancient Rome were insanely popular, and there were so many varieties of gladiators that there was a whole classification according to the type of weapons, combat tactics and rules of duels. The Thracians were equipped as follows: they had a subligaculum, a balteus, a manica, a large helmet with a crest and a griffin at the end covering the entire head including the face (the griffin was a symbol of the Nemesis goddess of retribution), a small shield, often a much shortened scutum or parma, and two large greaves. Their weapon was a gladius or small Thracian curved sword — sika, which was a treacherous weapon, because it allowed you to unexpectedly cut the weakly protected back parts of your arms and legs, as well as bypass the opponent's shield with blows. Many historians consider Thracians and Secutors to be a subspecies of Murmillon. The most frequent opponents in the arena for them were murmillons, hoplomakhs, provocateurs, retiarii or secutors. 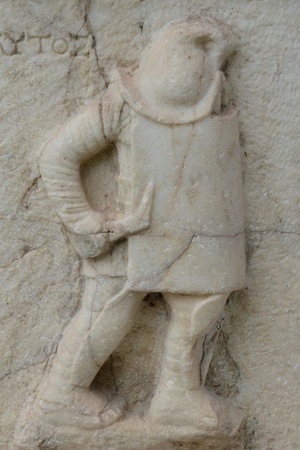 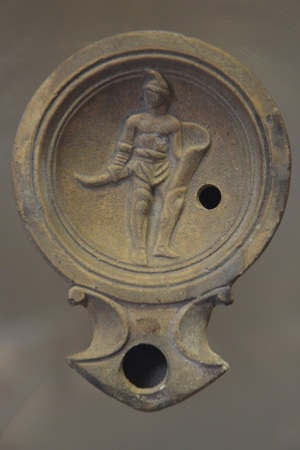 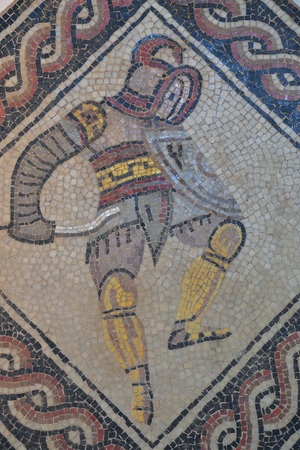 The most famous gladiator was the leader of the uprising Spartak. According to one version, he was of Thracian origin and at some point deserted from the Roman army-perhaps because of a quarrel with the command and defecting to the side of his fellow tribesmen during the Thracian wars of Rome. If Gabba is right, and Spartacus deserted Sulla's army in Italy, then he should have gone over to the Marian side and could have led a cavalry unit that waged a "minor war"against the Sullanians. It was at this stage of his life that he had the opportunity to learn the Roman language and Italian methods of warfare very well. After being captured, for some unknown reason, he was not crucified or given to be torn to pieces by animals in the circus arena, as was usually done with defectors and robbers, but was turned into slavery.

Spartacus was sold at least three times, and it is known that the first sale took place in Rome. Vladimir Goroncharovsky suggested that Spartacus became a gladiator at the age of about thirty, that is, quite late. At the beginning of his career, Spartacus could play the role of murmillon, then quickly retrained into the type of gladiator characteristic of his nationality-Thracian. Over time, Spartacus, distinguished for his strength and bravery, became one of the best gladiators in the school of Gnaeus Cornelius Lentulus Batiatus in Capua. Spartacus ' privileged position is indicated by the fact that he had a wife, so he was given a separate room, which was rare for gladiators. There is no information about whether Spartacus was a rudiarius, that is, whether he received a wooden sword as a symbol of freedom.

Spartacus ' gladiatorial career was ended after his rebellion in 73 BC. 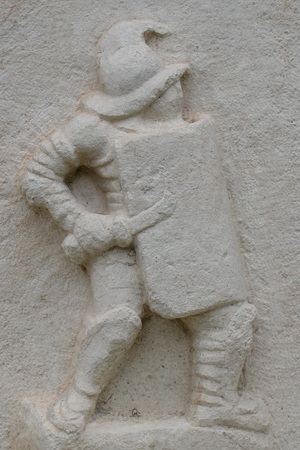 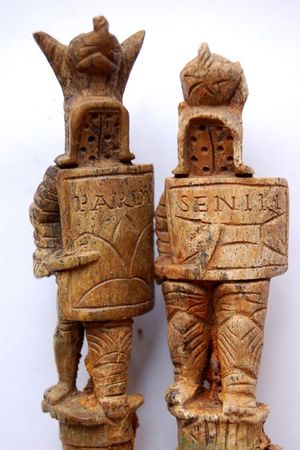 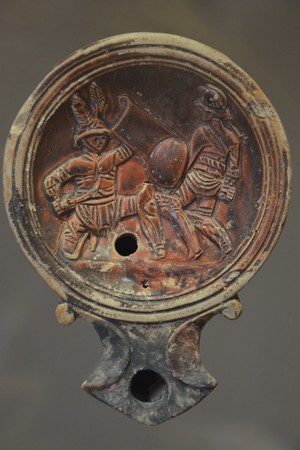 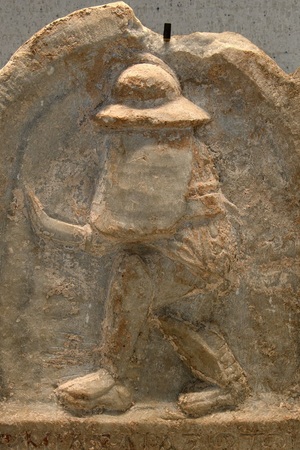 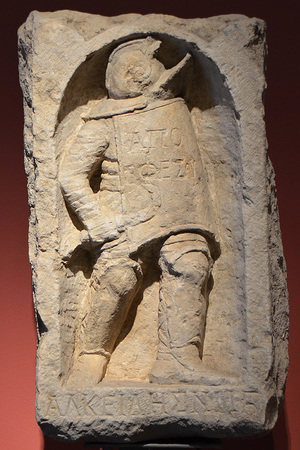 Bas-relief with a Thracian. Found in Ephesus. Antalya Museum. Inv. no. 715. 1-3 century AD 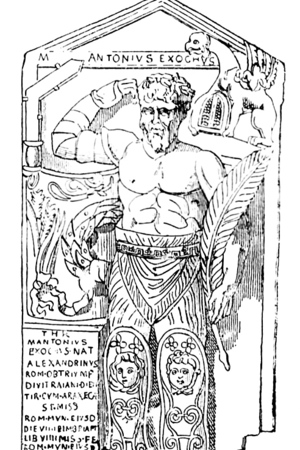 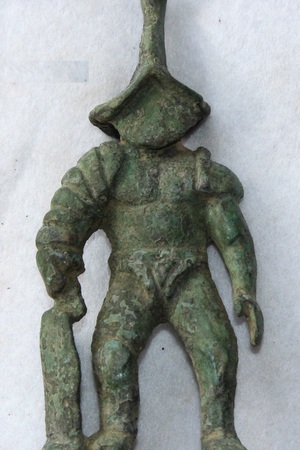 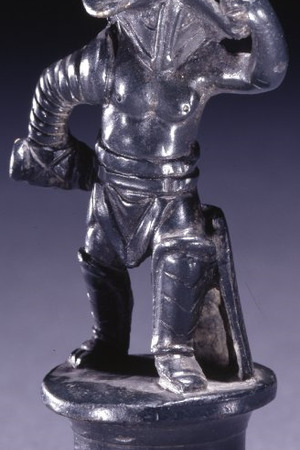 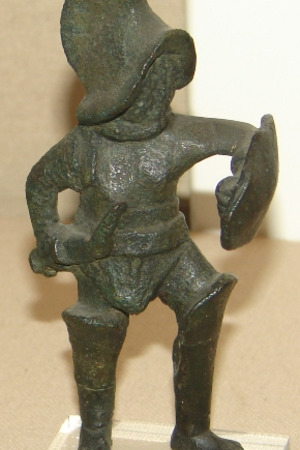 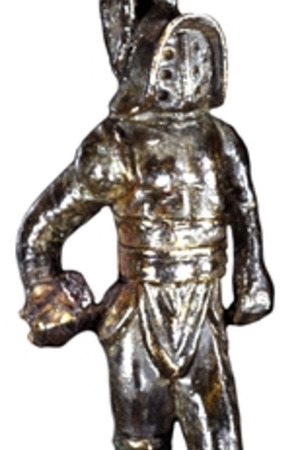 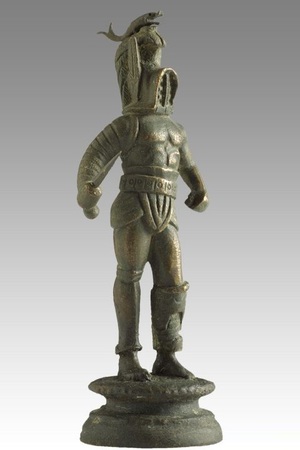 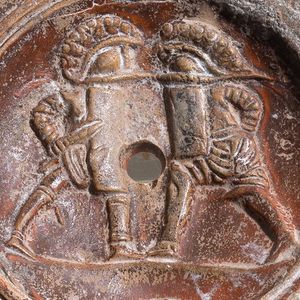 Fragment of an oil lamp with gladiators. 1-2 century AD 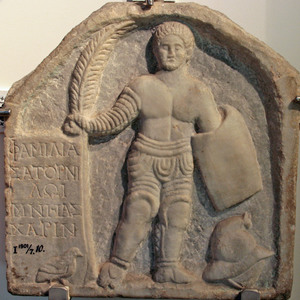 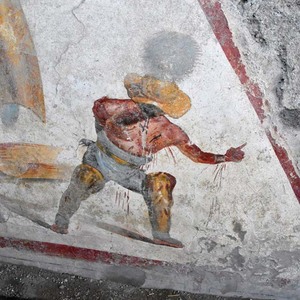 Fragment of a fresco from Pompeii. Mid-1st century AD 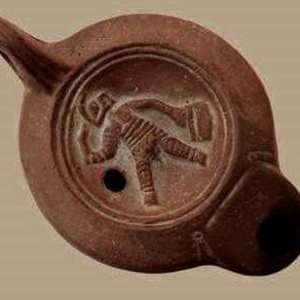 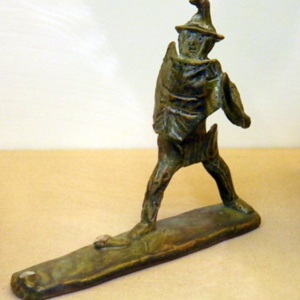