Hoplomachus was an ancient Roman gladiator armed with a spear and shield. With his equipment, he imitated Greek hoplites, presenting their images in the arena. The word "hoplomachus" itself comes from the Greek ὁπλομάχος, which means "armed fighter" or "fighter with a hoplon"in Russian. Hoplomakh's equipment was similar to Murmillon's, except for the main weapon and shield. It consisted of a helmet, a hybrid of Parma and hoplon, made from a single sheet of thick bronze (there are finds from Pompeii), high greaves,and a manica. Hoplomakh's helmet had a wide brim and completely covered his face, protecting his eyes with a metal mesh. It was decorated with a comb where feathers were inserted, and they could also be inserted on the sides. Hoplomachus used gasta as the main weapon , and pugio as an auxiliary weapon. Most often, he fought with murmillons and other gladiator swordsmen. 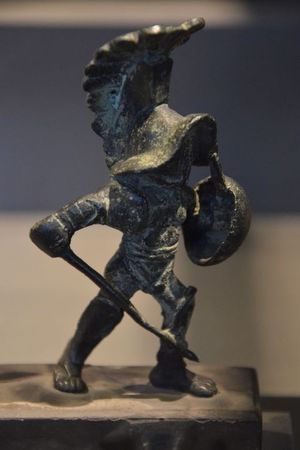 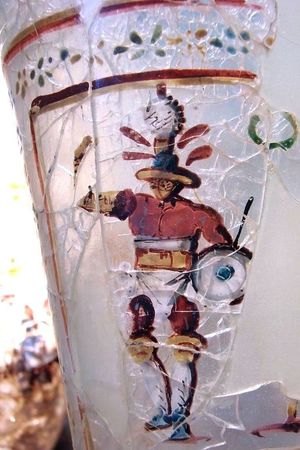 Image of hoplomakh on glass. Found in Bengram, Afghanistan. 52-125 AD 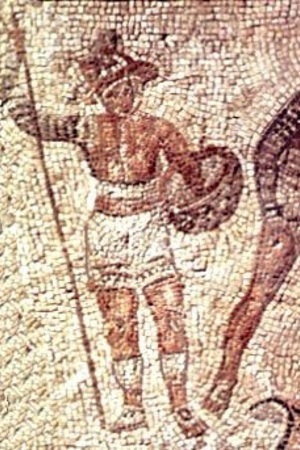 When reconstructing a fight not on a sandy arena, it is recommended to use authentic shoes, such as kaligs.

It is assumed that Hoplomakh's shields were made of bronze. This is indicated both by separate pictorial sources, where the shields are depicted convex almost to the hemisphere,and by finds that are also bronze. An example is the shield from Pompeii, which has a diameter of 37 cm, and a weight of 1.8 kg. 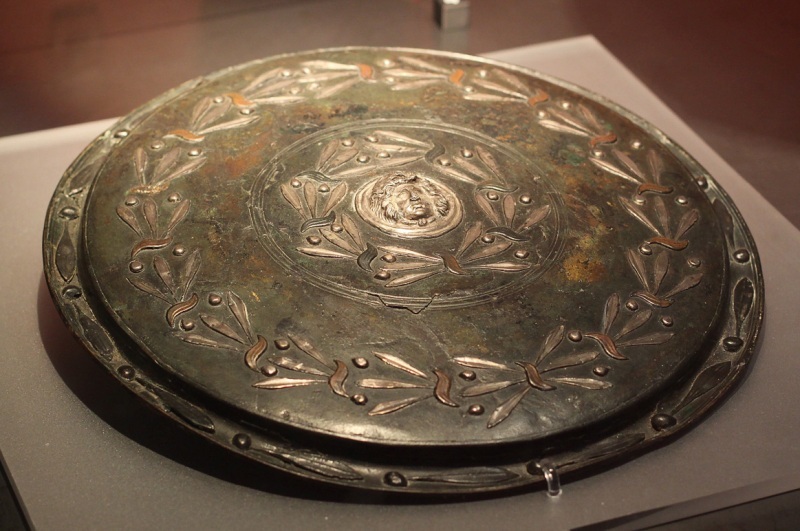 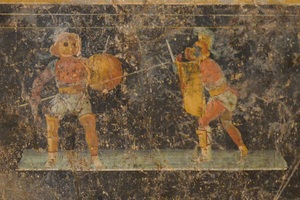 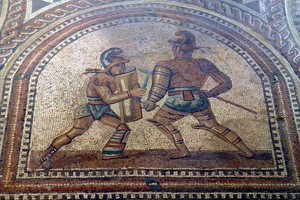 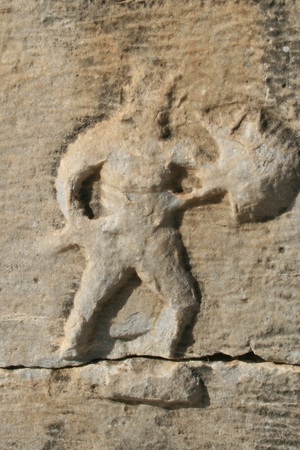 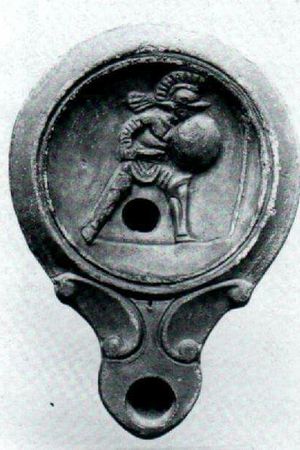