Shield - an element of protective equipment that was held in the hands of a wrist or elbow grip. In antiquity, this is one of the most common elements of military uniforms found among all peoples. As a rule, the base of the shield was made of wooden planks, and in the middle in the case of a hand grip, an umbon was used for ease of operation and protection of the brush. Often the edge of the shield was edged with iron or brass.

There are the following types of shields in antiquity:

Scutum -a growth shield used by legionnaires and gladiators. As a rule, it was barrel-shaped or rectangular in shape.

The clypeus is an oval shield used by auxiliaries and cavalry.

Parma -a round small shield used by representatives of the banner group of the Roman army, gladiators and cavalry.

Hoplon -a round shield without an umbon, which was used by Hoplites. 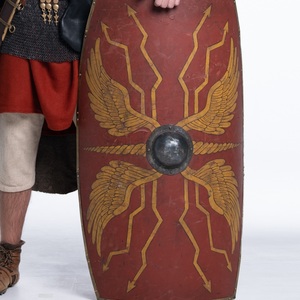 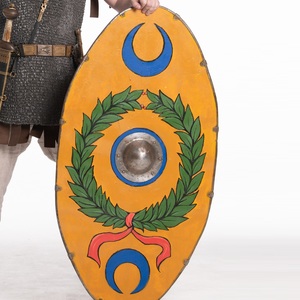 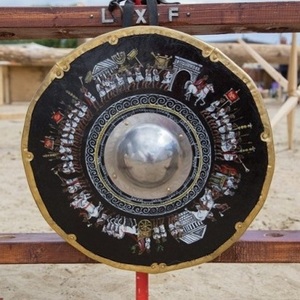 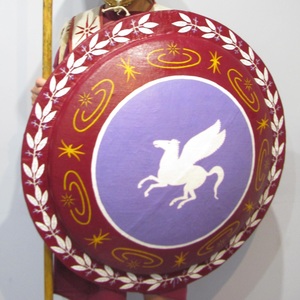 As an exception in the standard classifications of the use of shields in antiquity, gladiators can be mentioned . These warriors, depending on their type, could use any of the aforementioned shields, as well as various variations in their shape, size and patterns.

Also noteworthy are the shields of the Celts and Germans. They had a variety of shapes, and could either be similar to Parma or clypeus, or very different,or even have a complex geometric shape. So, for example, there are finds with 3 umbons. 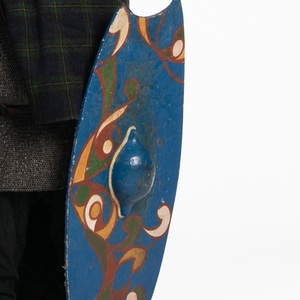