Achtersteven - literally "rear riser") - the rear end of the ship in the form of a rigid beam or frame, on which the rudder is hung. This part of the ship is vertically closed by the side frame, side and keel. As can be seen from the origin of the name - the term is modern, and refers to later eras, but technically these elements were also present in ancient ships. 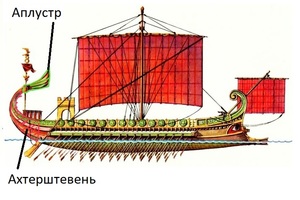 Layout of the achtersteven (red) and aplustra (green) on the trireme 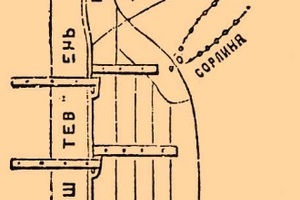 Aplustr, Castrum, Trireme, History of the Republican Fleet of ancient Rome, Composition of the ancient Roman Navy, Dismissal from the Navy