Torques, tork — Celtic neck decoration in the form of an open ring, bronze, silver or gold. There are torques that were worn on the waist, across the chest, on the hands. The Latin name torquere or torques is derived from Latin. torqueo "twist", "turn".

The open ends of torques were often elaborately decorated. They made it possible to unbend and remove the necklace, but this was not always possible due to the high strength of the thick metal harnesses from which the torque was made. Such necklaces were often made for permanent wear, along with open torques, there were jewelry in the form of one-piece rings.

The torc is now one of the symbols of Celtic culture, despite the fact that similar neck grivnas were also known to Scythians, Illyrians, Thracians and other peoples of the European Iron Age since at least the 7th century BC. 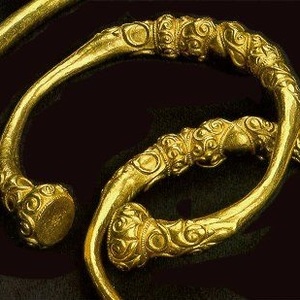 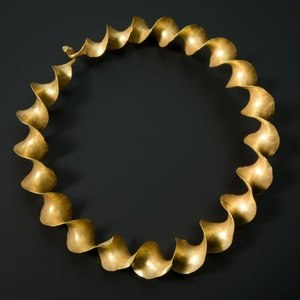 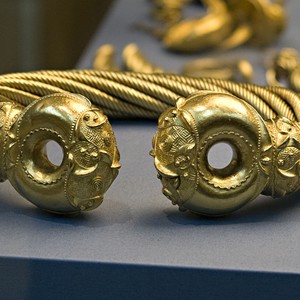 Archaeologists often find torques divided into parts-apparently, they were used as a means of exchange and savings. It is also noted that Iberian gold torques were made of a certain weight, a multiple of the Phoenician shekel.

The most ancient Celtic torques are found in the graves of women. It is believed that until the end of the 3rd century BC, the torque was a female decoration, after which it became an attribute of warriors and Celtic leaders: a golden, ornately decorated torque began to testify to the wealth and high status of the owner.

The first appearance of torques in Sicilian art dates back to the beginning of the Iron Age, around 500 BC. Titus Manlius received the nickname "Torquatus" from a torquesus taken from a slain Gaul. In Roman history, many of his descendants who bore this name are glorified. 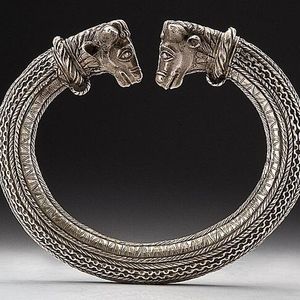 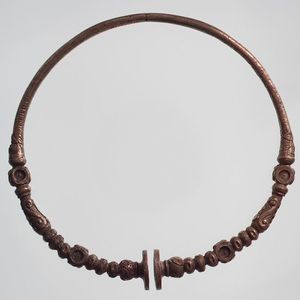 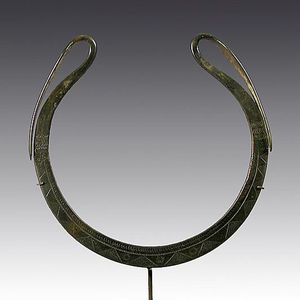 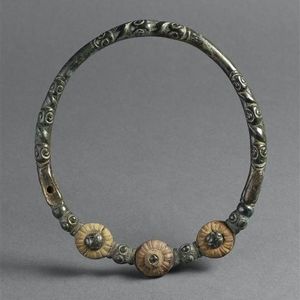 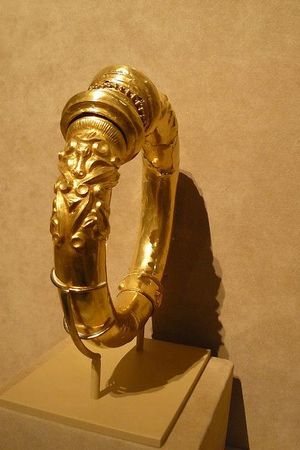 Golden torc. The Metropolitan Museum of Art in New York. 500-300 BC 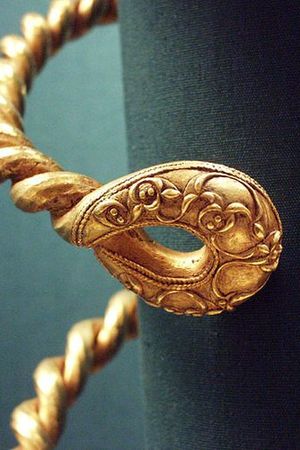 Torc of the La Ten period . England. 1st century BC 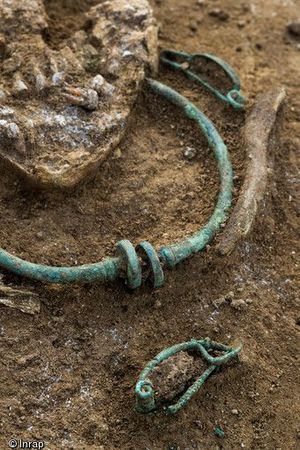