Amazons (other Greek :μμαζόνες) - in ancient Greek mythology, a people consisting of women who lived in a separate matriarchal military state without men. According to legend, the Amazons descended from Ares and Harmony. In order to reproduce, the Amazons engaged in relationships with men of other nationalities and polis. According to one version, they sent the boys who were born to their fathers, according to another version, they killed them, and raised new Amazons from the girls.

The term "Amazons" itself comes from the ancient Greek ἀμαζός - "breastless". However, this word is interpreted rather in a figurative sense - it means the difference between Amazons and ordinary women and the rejection of life under a man. Myths tell us that the Amazons in their childhood burned their right breasts to make it easier to shoot arrows, but in reality we are most likely talking about the fact that the warriors wore a very tight strop that tightly presses the chest and does not allow it to grow.

In 2019, the tomb of Amazons in golden royal crowns was discovered in the west of the Voronezh Region. This discovery raises more questions than answers. The women found in the graves are representatives of the Scythian culture.

According to the myth, the Amazons lived on the banks of the Amazon River, which is now called Yeshilyrmak. Some historians believed that the tribe lived in the area where the Turkish cities of Amasya and Samsun are now located. From here, the Amazons made their trips to Asia. Myths say that the ancient cities of Ephesus and Smyrna were built by the Amazons, and also indicate "traces" of the tribe's presence in the territories from Euboea and Boeotia to Tanais and the Caspian Sea.

Plutarch reported that the Amazons lived in the Caucasus Range along the Caspian coast, their habitat extending from the mouth of the Kura River to the Samur River, and in some epochs to Derbent. He also clarified that the Amazons are not direct neighbors of the Albans, Gels and Leges.

Professor I. E. Surikov proposed a thesis about the "receding Amazons" — perhaps they eventually moved further and further away from the center of the Hellenic world as the Ecumene expanded. Doctor of Historical Sciences M. V. Skrzhinskaya noted the image of the Amazon that evolved in antiquity-from the Greek short chiton to an embroidered suit with Scythian weapons. 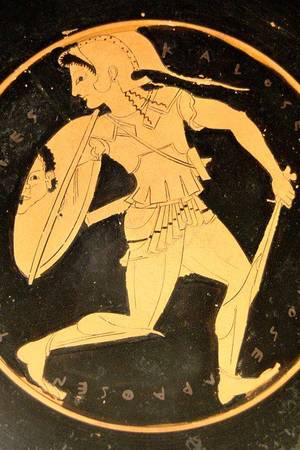 An Amazon wearing a helmet and carrying a shield with the head of Medusa Gorgon on it. State Historical Museum of Berlin. 510-500 BC 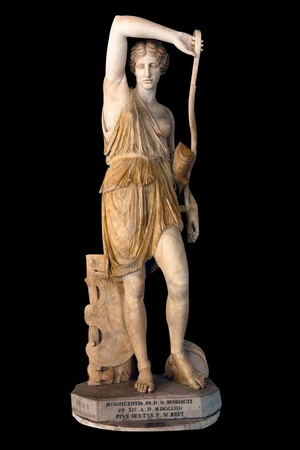 Statue of the Amazon. Roman copy from the original Greek. Capitoline Museum, Italy. The original is from the 5th century BC.

Homer spoke of the wars of Bellerophon and the Phrygians with the Amazons. According to one version, the queen of the Amazon tribe Hippolyta (Antiope is also identified with her) was killed by Hercules, who was instructed by Eurystheus to take away the belt given to her by Ares. Other legends tell how Theseus took Antiope as his wife, which angered the Amazons, and they invaded Attica, which was under Theseus ' control. Plutarch mentioned how the warriors crossed the Cimmerian Bosporus on ice and marched on Attica. After an unsuccessful four-month war with Theseus, the Amazon tribe returned to their original habitat.

Under the leadership of Queen Penthesilea, the Amazons repeatedly opposed the Greeks, and together with the Trojan king Priam, they defended Troy from their attacks. Among the most recent references to the Amazons is the legend of the Amazon Queen Falestra, who visited Alexander the Great.

Myths about the Amazons are firmly embedded not only in poetry, but also became the subject of Greek, and then Roman fine art. The Amazons were repeatedly sung, and ancient warrior women were named after them. For example, a bas-relief was found with the image of two gladiatrix, one of whom was called the Amazon. 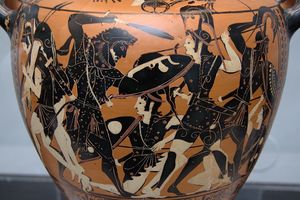 Hercules and the Amazons. Attic black-figure vase. Around 530 BC. 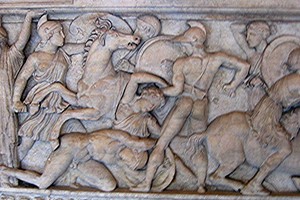 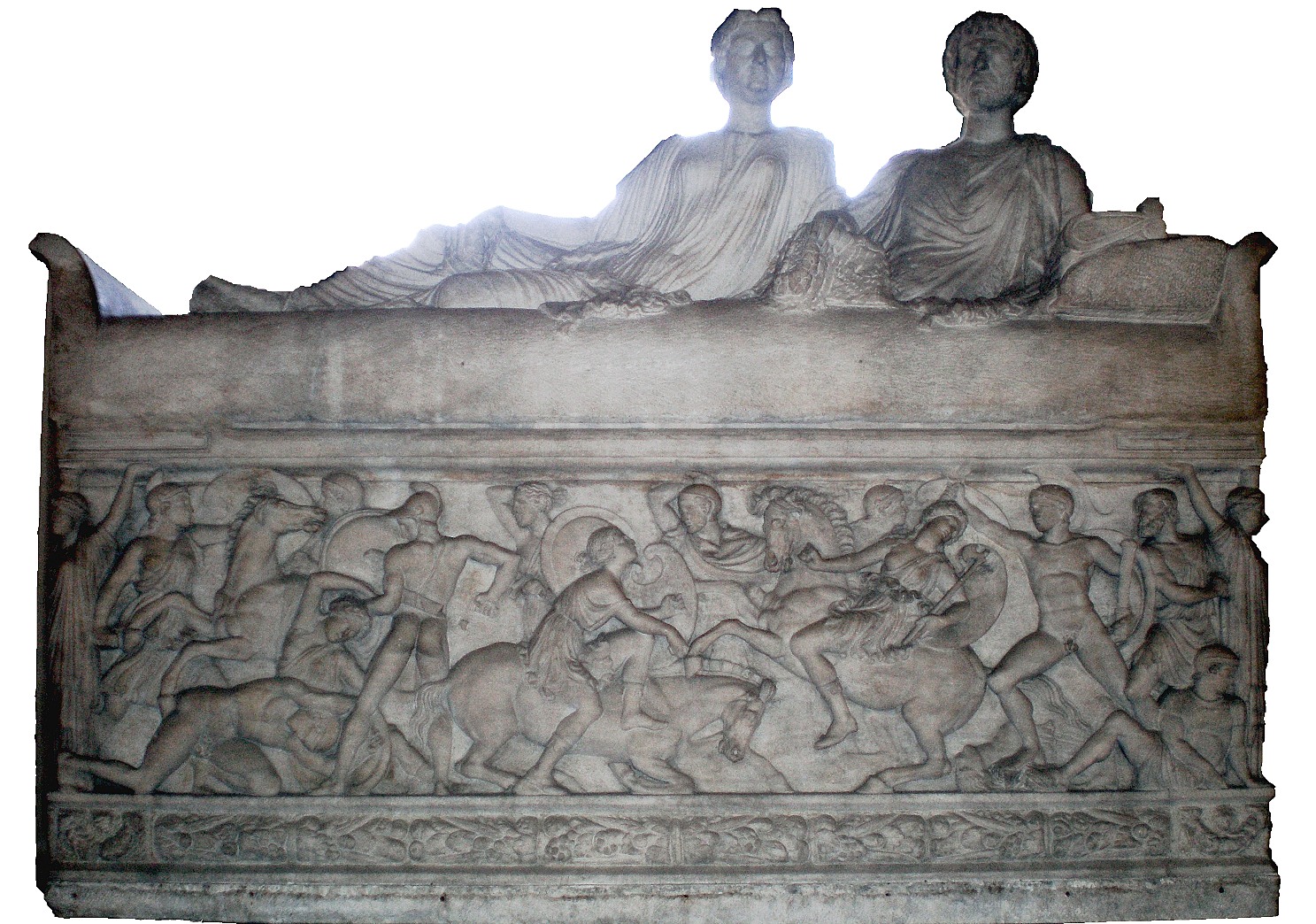