Fascia ventralis (lat. The fascia ventralis is a waistband made of cloth worn by military personnel in the Roman army. It was worn under the cingulum without armor or subarmalis. Most likely, it was of practical significance: usually the cingulum was worn over the lorik, which gave additional volume in the waist, and the belt without armor was large and could fall off, and the fascia just allowed this to be avoided. Pictorial sources indicate that the fascia was worn mainly by legionnaires and auxiliaries. On a significant part of the bas-reliefs, which presumably show the fascia, legionnaires are depicted with two cingulums, and under the fascia lies a tablet, probably a tesserae. There are no archaeological finds of the ventralis fascia: the bandage apparently had a simple shape, and even in the case of finding remnants of tissue, it is not possible to recognize the fascia in them. 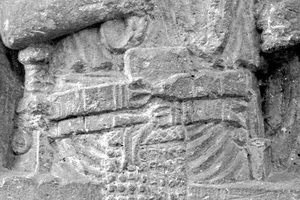 Tombstone of the Hypernator Auxilarius of the auxiliary First cohort of Sagittarii (lat. Cohors I Sagittariorum) from Bingen (other Roman: Bingium). Roman Hall Museum, Bad Kreuznach; Rheeland-Palatinate; Germany. Second half of the first century AD 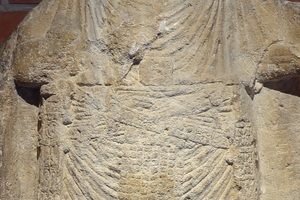 Fragment of the tombstone of the Roman warrior (auxilary) Tiberius Julius Abdes Panther from the auxiliary First cohort of archers (Lat. Cohors I Sagittariorum) from Bingen (other Roman: Bingium). Roman Hall Museum, Bad Kreuznach; Rheeland-Palatinate; Germany. Second half of the first century AD

The ventralis fascia can be used to reconstruct the image of a Roman military man. They put it on a tunic: they wrapped it around the waist and fixed it with cingulum. The pattern is a long rectangle, it is recommended to sew a wool strip of fabric in half for volume, so as not to make the belt too long. 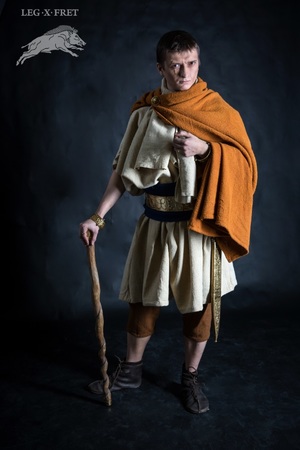 Centurion in the ventralis fascia, reconstruction 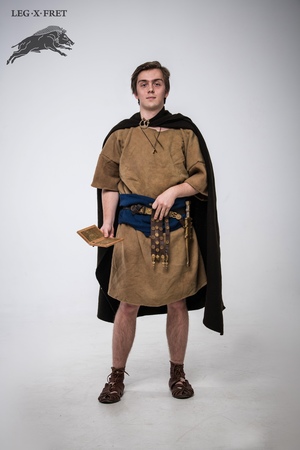 Legionnaire in the ventralis fascia, reconstruction