Subarmalis (Latin: subarmalis) — an antique poddospeshnik. By itself, it did not provide protection to its owner, but without it, the operational characteristics of the armor significantly deteriorated.: subarmalis provided greater wear resistance, comfort and shock absorption. It could be worn with almost any type of lorica: hamata, musculata, squamata, segmentata. The subarmalis was made from a leather or fabric base (wool, linen), and could consist of several layers of material.

It should be noted that on the ancient bas-reliefs that have come down to us, there are fragments where there is no armor on the warriors over the subarmalis. It can be seen that the poddospeshnik in its texture and shape is not leather, but rather quilted. But such images, as a rule, have a later date than the 1-2 century AD. 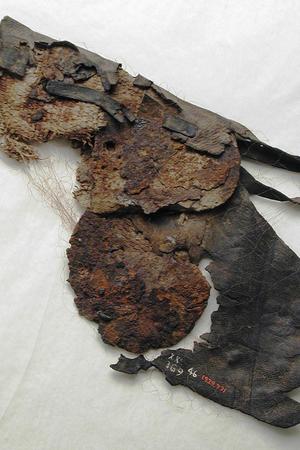 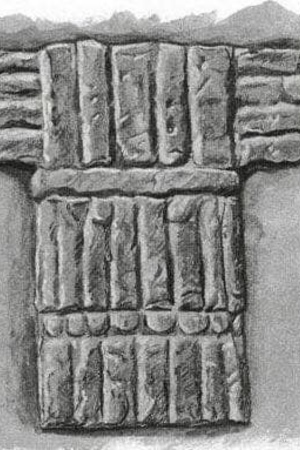 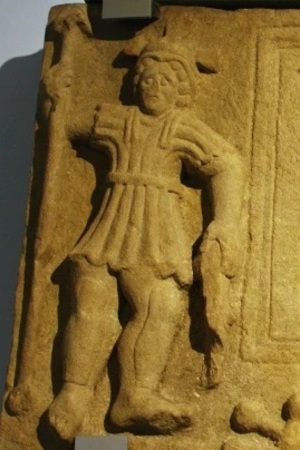 Sculpture depicting Mars, presumably in subarmalis. Find in the vicinity of the form of Bremenium (Bremenium). 3rd century AD

There are no preserved subarmalises, and therefore their exact structure is unknown, but pictorial sources give some information about their possible structure and types. Based on the features of the segmentata lorica, it can be concluded that it is not possible to use it without a subarmalis, while the vast majority of legionnaires in segmentata are depicted without a poddospeshnik. This is explained by the fact that subarmalis could not necessarily have had pterygians (see below), which are mainly depicted in bas-reliefs. It can be assumed with high probability that in this case the legionnaires in the segmentata had a subarmalis in the form of a simple vest, which dampens both the wearing process and the blows of opponents.

Pterygi, pterugi (Latin: Pteruges, pteryges, from other Greek: πτέρυγες-"wings", "feathers", cf. "archaeopteryx") - cloth or leather bands of a poddospeshnik hanging on the hips and shoulders. Sometimes a fringe was attached to the ends of the pterigs for beauty, which was more typical of officers, but occasionally found in legionnaires. The fringe could be woven from wool or cut from leather.

The exact method of attaching the subarmalis is unknown. There are versions about tying from one or two sides (in the first case, the most likely one is tying from the left, from the side of the shield), from the back, and also about fastening with buckles. 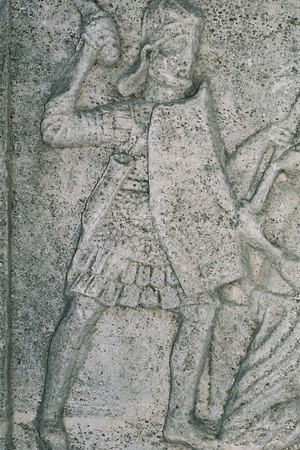 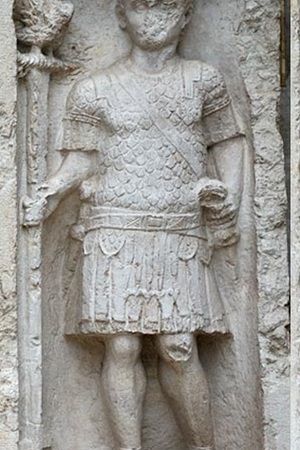 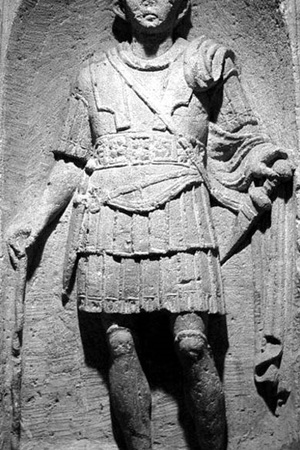 Centurion's tombstone with a subarmalis, where one row is fringed, the other is not. Marcus Favonius Facilis of the XX (Valeria Victrix) Valerian Victorious Legion. Colchester. Colchester and Essex Museum. 1st century AD (43-50 AD)

On bas-reliefs, there are varieties of subarmalis with both one row of pterigs and two rows, and not always two rows of stripes are present on the shoulders and belt at the same time. For higher officers (legates), poddospeshniki are characteristic, decorated with patterns, sometimes cast plaques and an additional third row of rounded pterigs at the waist. 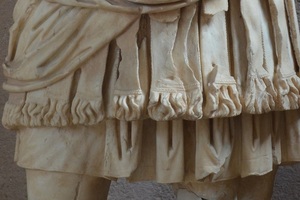 Fragment of the statue of a high officer with the lower row of pterig (Julian Basilica). Archaeological Museum of Corinth, Greece, second half of the 2nd century AD 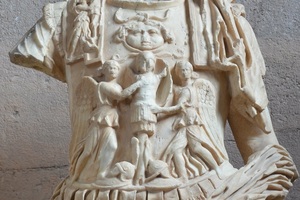 Fragment of the statue of a high officer with the upper ranks of pterig (Julian Basilica). Archaeological Museum of Corinth, Greece, second half of the 2nd century AD 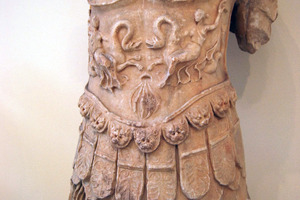 Fragment of a statue with the subarmalis of a Roman high officer or emperor. 100-130 A.D.

Subarmalis could be used by any representatives of the Roman army. Legionnaires and auxiliaries have the simplest poddospeshniki; for the reconstruction of these warriors, you can make subarmalis without pterig. The officer's subarmalis was different from the legionnaire's, often having several rows of pterigs decorated with fringes, and the pterigs themselves could be significantly longer than those of legionnaires. The most difficult option is the richly decorated subarmalis of the highest officers, which could have three rows of pterigs and was decorated most richly-up to metal (possibly cast) ornaments. Subarmalis is made of leather, wool or linen, and to get a shape similar to the images on bas-reliefs, it is recommended to make pterygi from several layers of material. More rigidity can contribute to the edging of the pterig along the perimeter. 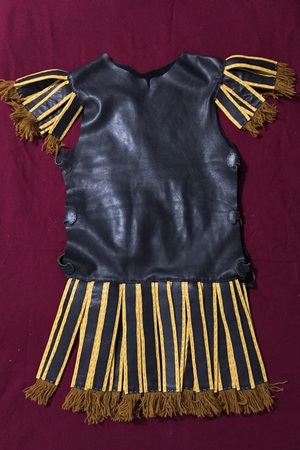 Reconstruction of the Centurion's leather subarmalis with fringe 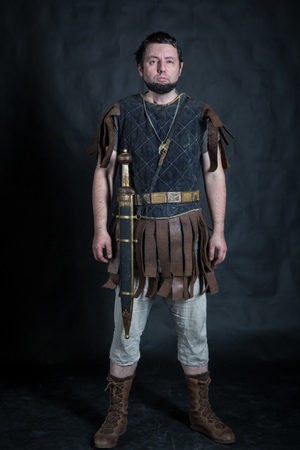 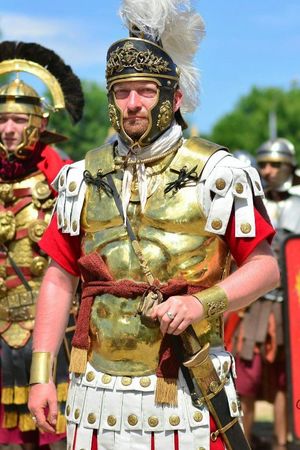 Reconstruction of the subarmalis of a high officer (legate) 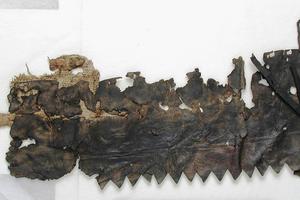 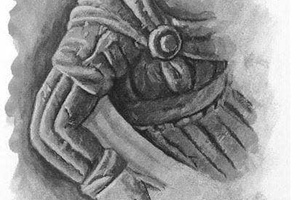 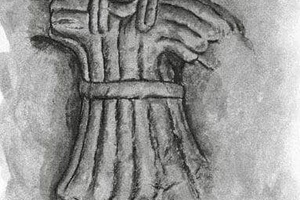 Drawing of a bas-relief with subarmalis from the Verulamium Museum, 3rd-4th century AD 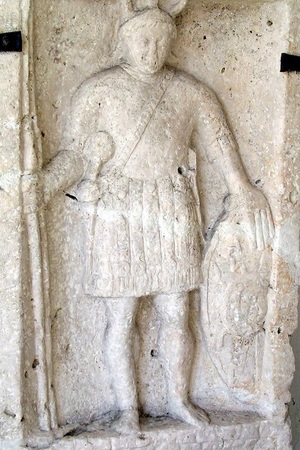