Vexillarius (from Lat. vexillarius, from vexillum-banner, standard) - the name of the standard bearer in the Roman army. Vexillarius wore a standard with the emblem and number of a military unit attached to a crossbar on a long shaft. Usually, vexillums were the banners of individual military units, including those operating outside the legion - hence the name of such units - vexillations. Horsemen,auxiliaries,and Praetorian cohorts might also have vexilli. 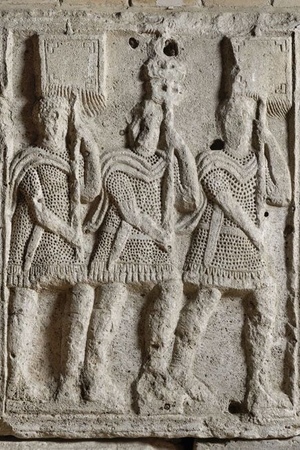 Vexillarii from a bas-relief from Adamklisi, early 2nd century AD. 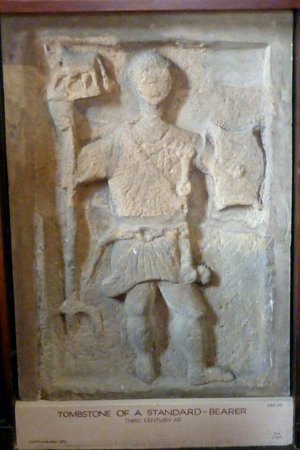 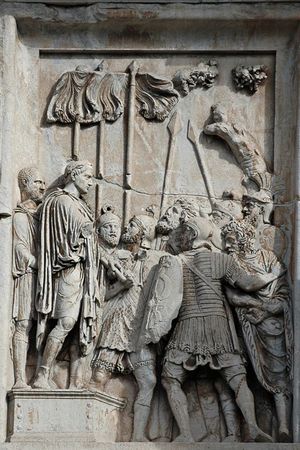 Captive barbarians before the emperor. Vexillariev is seen in the background. Relief on the south side of Attica. Marble. 175-196 AD

The vexilla itself was a rectangular cloth made of wool or linen, often with an angular pattern. In the center of the vexilla was the Legion's symbol and / or initials. It is assumed that the drawing could have been drawn or embroidered. Currently, only one surviving vexilla has been found, dating back to 2-3 centuries AD. It depicts the goddess of victory on the sphere - Victoria. The IG inventory number is 4242. I. 1. a 5800. Banner with a painted image of the goddess of victory on the sphere. The material is linen. Size-53 by 51 cm. A square piece of cloth is sewn on a reed stick. The banner is described as Roman. 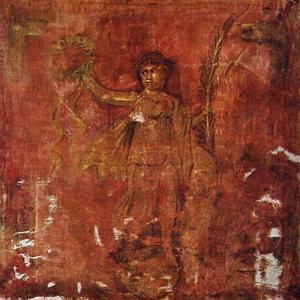 Vexillarius ' outward appearance was a bear or wolf skin, worn over a helmet with paws tied around the neck. The Praetorian Vexillarii had a lion's skin. Armament consisted of a gladius and pugio, as well as a small round shield- parma, which was worn on the side on a belt. The armor of the Vexillarii was the lorica hamata or squamata. 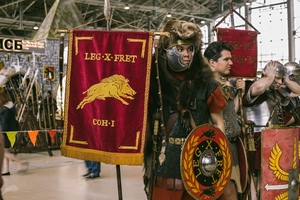 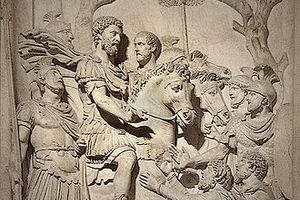 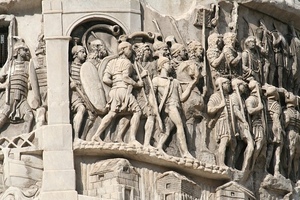 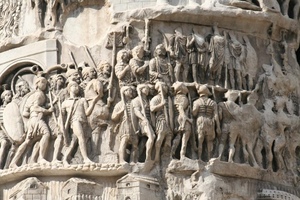 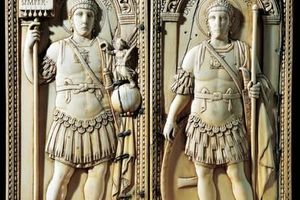 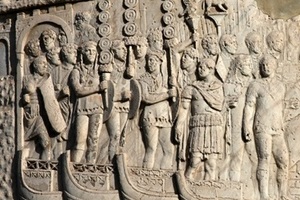 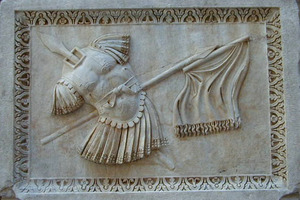 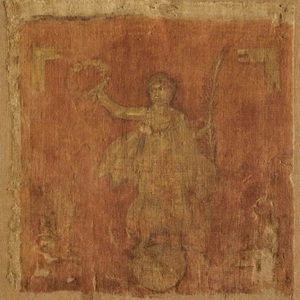 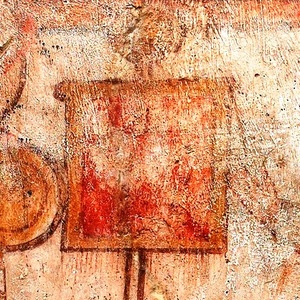