Larva is a metal mask worn with a helmet in the Roman army. The mask protected the face well, but it had primarily a symbolic, status value. The face depicted on the mask often denoted some person whom the Romans greatly revered: for example, masks with the supposed face of Alexander the Great were found. The mask was made of iron or brass, often silver-plated.

Very few images of military personnel wearing a mask have been found, so the question of who exactly could wear a mask in the Roman army is controversial. Historians generally hold to the theory that the mask was worn by representatives of the banner group (aquiliferi, vexillarii, signiferi, imagiferi) and horsemen. 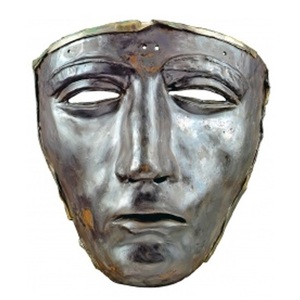 Mask (Kalkriese type) from Kalkriese, near the town of Bramsche, Osnabrück, Lower Saxony, Germany. Iron with a bronze border and the remains of a silver shackle. Early 1st century AD 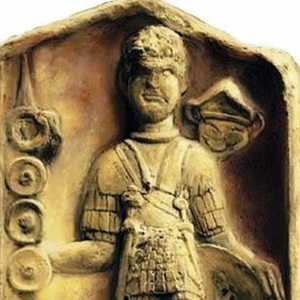 Fragment of the tombstone of Signifer Quintus Lucius Faustus of Mainz. On the right you can see his helmet with a mask. First half of the 1st century AD 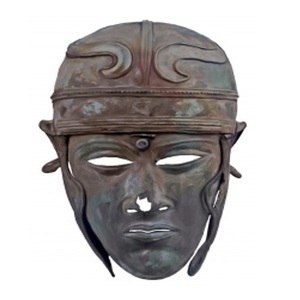 There are many archaeological finds of masks: there are masks of various shapes and designs, as well as those found together with helmets, which makes it possible to identify them as an attribute of the military. 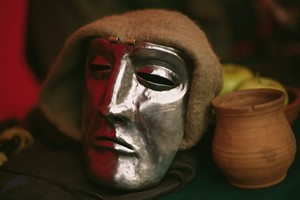 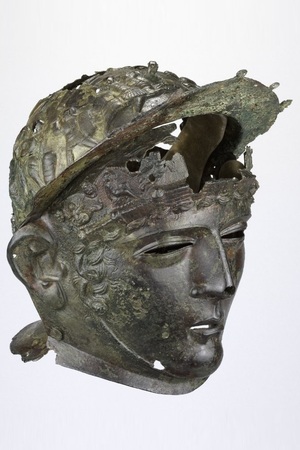 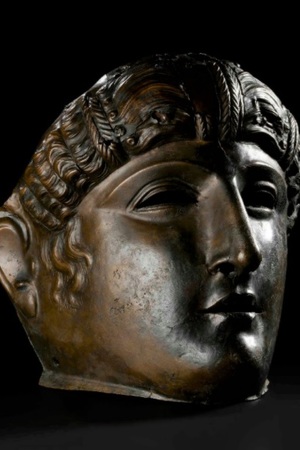 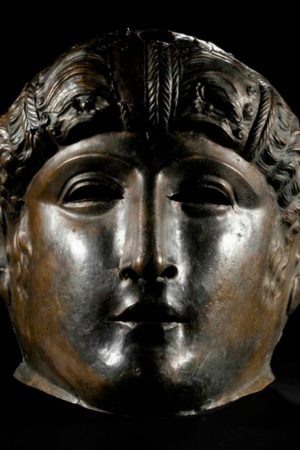 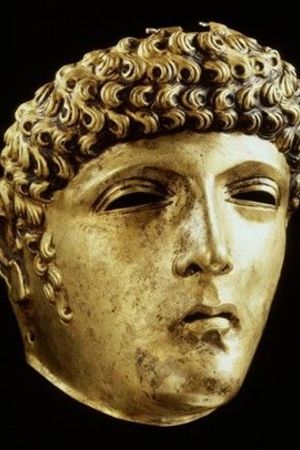 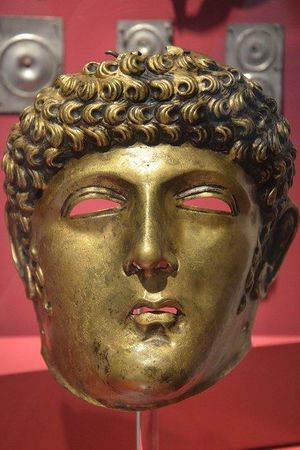 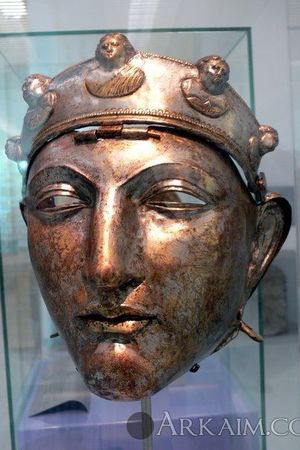 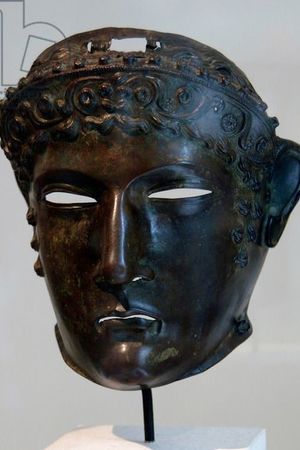 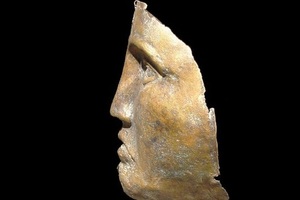 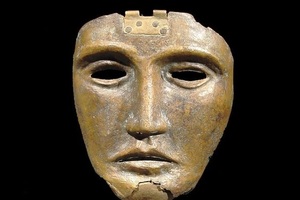