Imaginifer (Latin: Imaginifer) — a type of standard bearer in the Roman army, carrying the face of the emperor into battle. It served as a constant reminder of the troops ' loyalty to the emperor. This type of representative of the legion banner group appeared in the legions after the cult of the emperor was founded during the reign of Octavian Augustus. "Imago" was a three-dimensional portrait made of non-ferrous metal, which, together with aquila , is exclusively in the first cohort. 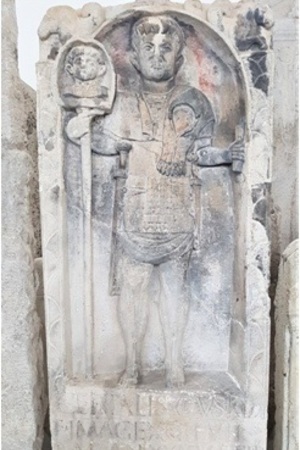 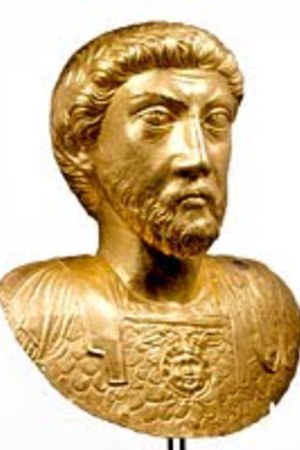 The external difference of the imagefer was a bear or wolf skin, worn over a helmet, with paws tied around the neck. The armament consisted of a gladius and a pugio. As a protective equipment, the imaginifera used a lorica hamata or squamata, as well as a small round shield- parma, which was worn on the side on a belt.