Legio I Adiutrix (First Auxiliary Legion) — Roman legion of the imperial era, formed during the crisis of the year of the four Emperors or shortly before it.

Date of creation: 68 A.D. Lasted until the middle of the 5th century A.D. 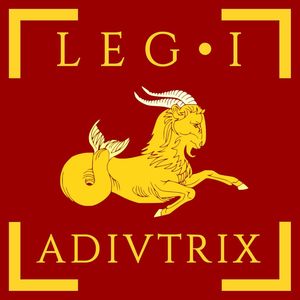 The Legion was created in 68, as evidenced by the found military diploma, which mentions Legio I Adiutrix. The name of the legion "Auxiliary" indicates the fact that it was created at a difficult time to provide assistance to existing troops.

There are 3 versions of creating a legion:

1) A number of historians believe that the legion was created from the sailors of the Miseno Fleet (modern Miseno, Italy) shortly before its death by the Emperor Nero. The Misenian Fleet is the first fleet of the Roman Empire in terms of importance and importance.

2) Other historians believe that the legion was created already under the Emperor Galba (June 68 AD-January 69 AD).

3) The Legion began to form under the Emperor Nero, and the emperor Galba finished its formation. 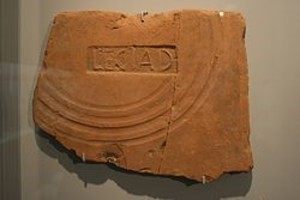 A tile fragment with the stamp of the I Auxiliary Legion. 1st century AD 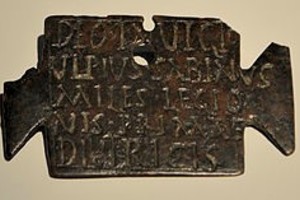 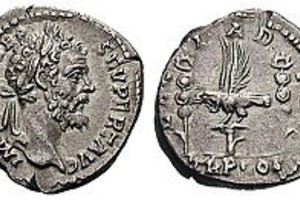 Denarius of Septimius Severus with reference to the I Auxiliary Legion, 193 AD.