Unlike in Republican times, under the Principate, legions were not stationed in Italy itself, where the Praetorian Guard operated. They were mainly stationed on the borders of the empire to conduct both defensive and offensive combat operations against external invasions, as well as to suppress uprisings.

Legions could receive names-titles that reflect their merits, place of formation/service, or their creator. At the same time, there could be several legions with the same ordinal number. This phenomenon is particularly common in civil wars. 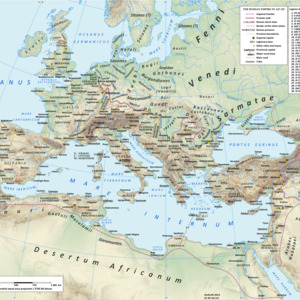 Map with the location of the legions in 125 AD.