Legio VI Ferrata The Sixth Iron Legion was a Roman legion formed during the Republic by Gaius Julius Caesar.

Date of existence: The Legion was created by Gaius Julius Caesar in 52 BC and lasted until the 4th century AD.

Symbols: Bull and Capitoline she-wolf with babies Romulus and Remus.

Nickname: Cognomen "Ferrata" translates to iron, armored. Apparently, this nickname was given to the legion for its courage and perseverance in the battles in which it took part. Later - Fidelis Constans ("ever faithful"). 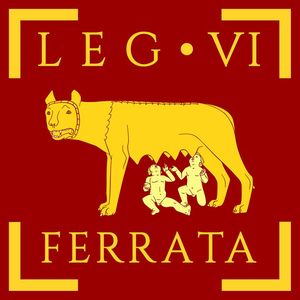 There are two versions of the origin of this legion.

2) Legion created Gnaeus Pompeius the Great in 52 BC.

Most authors stick to the date when the legion was created by Caesar during his famous Gallic War (52-50 BC). 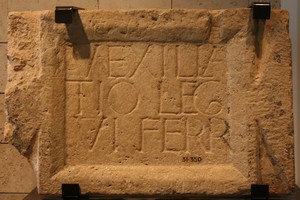 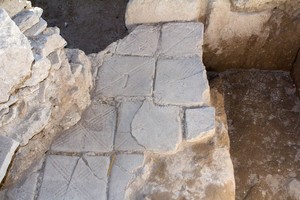 Fragment of an excavation at the site of the 6th Legion in Legio. Israel. 1st-2nd century AD