Tentorium (Latin: tabernaculo or tentorium) — a camping tent in the army of ancient Rome. It is assumed that tents were sewn from cloth or leather and attached by ropes to iron or wooden stakes to the ground. Each tent held 8-10 people. Living legionnaires in the same tent were called contubernales (from contubernium -common tent), and their supervisor — dean.

The tent was a two-pitched tent with a height of 1.5 meters, a width of 3 meters and consisted of four strong wooden supports (two on each side) driven into the ground at an angle to each other. Between the two resulting wooden structures, a hemp rope was stretched, over which the skin was stretched. Usually goatskin was used. The skin was attached to the ground using tent pegs (paxillus) driven into the ground, and thus additionally stretched. Unassembled, all the wooden poles and pegs were wrapped in the leather top of the tent.

The tentorium was a military tent for ordinary soldiers, legionnaires. They were supposed to sleep in such a tent in groups of eight (the so-called "Contubernium"). Each group had a mule (mulus) that carried a tent. 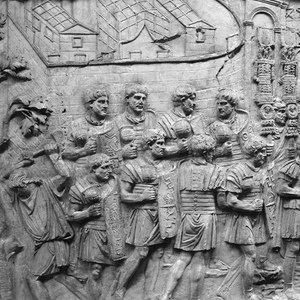 The centurion had a larger personal tent, since as officers, centurions held meetings in their own tents.

Higher walls and additional supports (two central and 4 corner ones) provided more headroom and interior space. It is likely that the legate's and high command's tents were much larger. 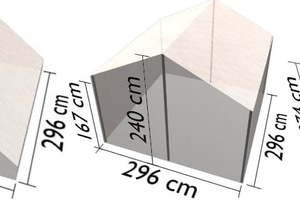 The reconstruction of Roman tents is based on images on Trajan's column. Also, based on numerous findings of leather tent parts, it can be concluded that leather was the most common material for making tents. The Roman Museum in Haltern presents one of these reconstructions. 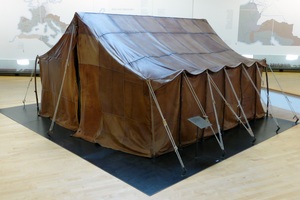 Reconstruction of a Roman leather tent for legionnaires in the Roman Museum in Haltern. 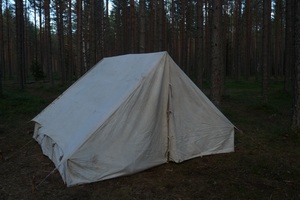 Example of reconstruction of a cloth tent

Roman tents were sewn with different seams, which were supposed to make the tent waterproof.

1. Two stages of performing a reinforced or welt seam (Figs 1 and 2). First, the two pieces are laid together on the inside, then a narrow strip called a welt is laid along the edge, extending beyond it. All three layers are sewn with a 2-needle stitch.

2. The outer layer is then folded up and the free edge of the welt is sewn to the inside of the welt with tunnel stitches, which means that the needle enters the meat side and goes out again, never passing through the outside of the fibers. To secure the welt, you can use both a whip and a continuous seam. When done correctly, there are no holes in the skin, and water drains out without getting into the seam.

3. A wide reinforced seam, similar to the welt seam, but wider and stitched on both edges with a tunnel seam.

4. A braided seam used on the corners of tents. 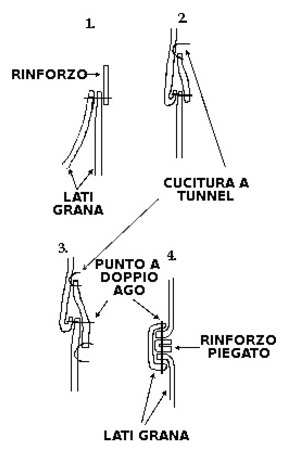 Two-needle seam: Use a piece of thread with needles at each end. Thread one needle through the first hole and center the thread, then thread both needles through each hole on opposite sides. It's like a double pass stitch ( - - - - - -). At the end of the thread or the end of the seam, just stitch about 3 stitches to secure it. The same effect can be achieved by performing a normal running stitch with one needle, but in reverse order at the end of the seam and continuing back to the beginning. 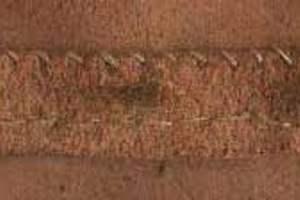 Contaminated skin can be cleaned with water and a cleaning brush, and then allowed to air dry. When it is completely dry, you may need another layer of clean foot oil to restore its elasticity. There are many products for cleaning and treating the skin, but most of them are unnecessary, and some are even harmful. 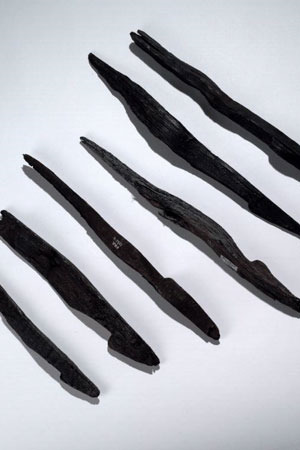 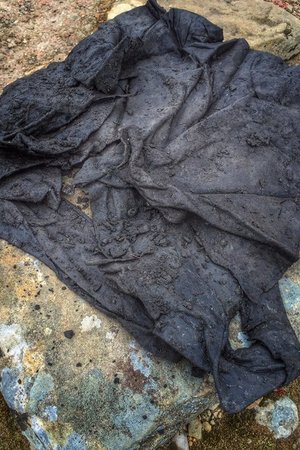 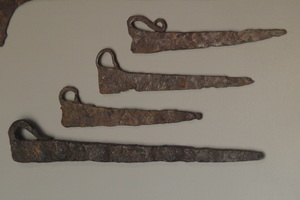 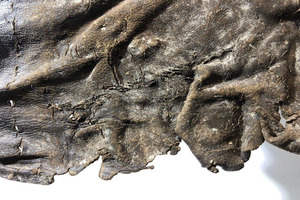 A piece of a tent from the 1st-2nd century AD, Ribchester.